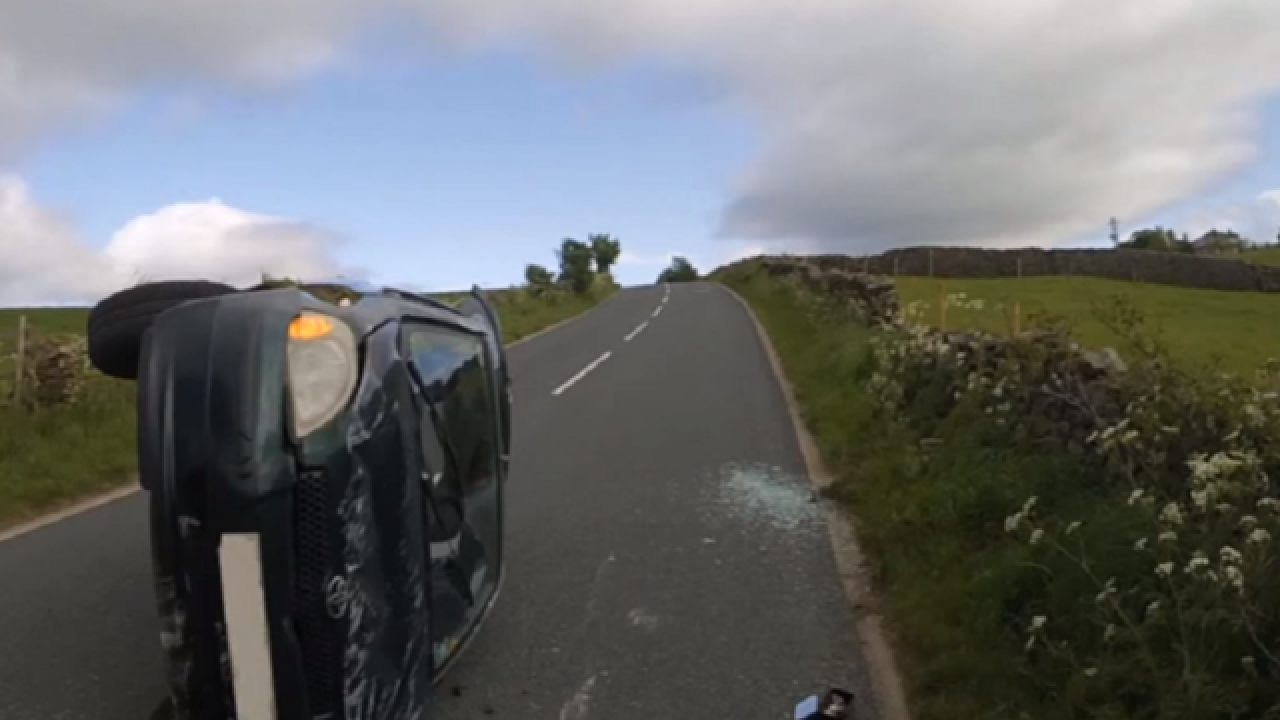 This is the terrifying moment a driver flipped his car, veering off the road to avoid two other vehicles speeding towards him — side by side — on a two-lane highway.
And it was all caught on camera.
The incident happened in Lancashire, United Kingdom, according to The Huffington Post. Video footage shows the driver making a last-minute decision to veer off a road after he sees the cars headed straight towards him (Warning: video contains some graphic language).
It appears that while on the crest of a hill, one driver attempts to pass the other, drifting into the other lane without having a clear view.
The Toyota Yaris was totaled – neither of the other cars were damaged. Amazingly, the driver of the Yaris escaped with only minor injuries.
The Daily Express identified the driver of the Yaris as Christopher Telford.
While the driver of the blue BMW – which appears to have caused the accident – drove off, he returned to the scene 10 minutes later to speak with police, according to the driver’s YouTube video description.
Copyright 2016 Scripps Media, Inc. All rights reserved. This material may not be published, broadcast, rewritten, or redistributed.