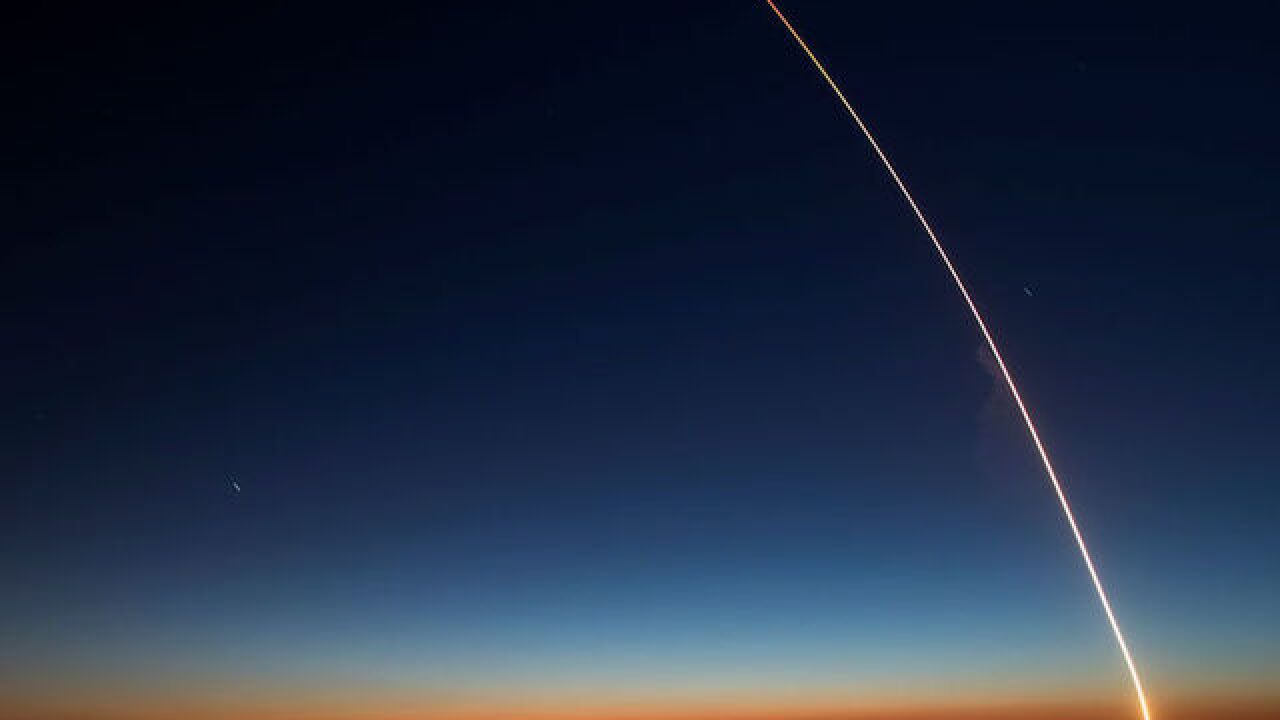 Image copyright 2018 Getty Images. All rights reserved. This material may not be published, broadcast, rewritten, or redistributed.
David McNew
<p>The SpaceX Falcon 9 rocket launches from Vandenberg Air Force Base carrying the SAOCOM 1A and ITASAT 1 satellites, as seen during a long exposure on October 7, 2018 near Santa Barbara, California. After launching the satellites, the Falcon 9 rocket successfully returned to land on solid ground near the launch site rather than at sea. The satellites will become part of a six-satellite constellation that will work in tandem with an Italian constellation known as COSMO-SkyMed. </p>

Rocket launches are always guaranteed to make people look up to the sky in awe, but the latest SpaceX liftoff might have just raised the bar for a long time.

Elon Musk's company on Sunday successfully launched a Falcon 9 rocket into the evening California sky, prompting locals to post pictures and videos of the spectacular light show on social media.

The rocket delivered the Argentine satellite SAOCOM 1A into orbit about 12 minutes after liftoff from Vandenberg Air Force Base, 160 miles northwest of Los Angeles.

In a first for SpaceX in the West Coast, Falcon 9's first stage returned to the base, where it landed safely about eight minutes after takeoff.

Pictures clearly show the Falcon 9 rocket separating from the spacecraft behind the rocket trail.

Los Angeles Mayor Eric Garcetti was one of the many Californians posting stunning videos and photos of the rocket as it lit up the evening skies over the West Coast.

Garcetti's humorous observation that the rocket was not a UFO came as many people were baffled by the eerie cloud effect the rocket created.

Musk, who's been under fire recently for taunting the Securities and Exchange Commission shortly after reaching a deal with them over his prior tweets, also tweeted pictures of the launch: