What to do with an excessively long CVS receipt? Use it as a replacement window blind, Ohio man says 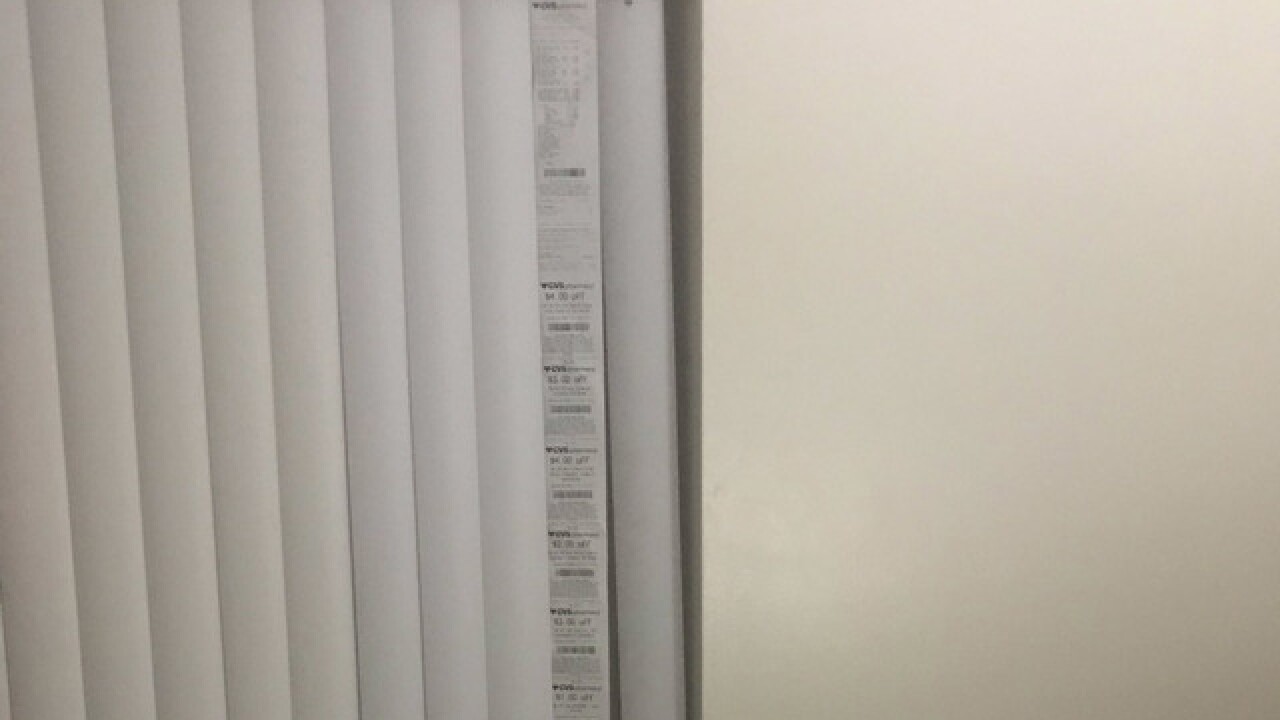 Copyright 2018 Scripps Media, Inc. All rights reserved. This material may not be published, broadcast, rewritten, or redistributed.
<p>@andrewnolan2 discovered a creative use of his CVS receipt - a replacement window blind. (Source: @andrewnolan2 on Twitter)</p>

What do you do when (not if) one of those cheap, vertical, plastic Venetian blinds breaks?

One Lakewood man had the idea to upcycle his excessively long CVS receipt, and his tweet about it has gone viral with over 157,000 likes and 36,000 retweets.

On Monday, @andrewnolan2 tweeted a picture of the improvised sun-blocking device, throwing some literal shade at the pharmacy known for its lengthy transactional records.

One of my blinds broke in my bedroom so I just went to CVS pic.twitter.com/0QghmXKZ7R

Andrew said he got the idea quite on accident – he bought a few items (less than 10, he said) from the Rocky River CVS, then laid the receipt out on his bedroom floor to take a picture of it to send to his friends.

He came back later and actually thought the receipt was one of the blinds that had fallen on the floor. “…they’re cheap blinds so they fall off pretty often,” he said.

“…and when I realized it was actually the receipt, I thought it would be funny to see if it fit in the window, and it happened to fit perfectly,” he said. Funny indeed.

Andrew said of his viral tweet that it has “been pretty crazy how many people I know from across the country have seen it.”