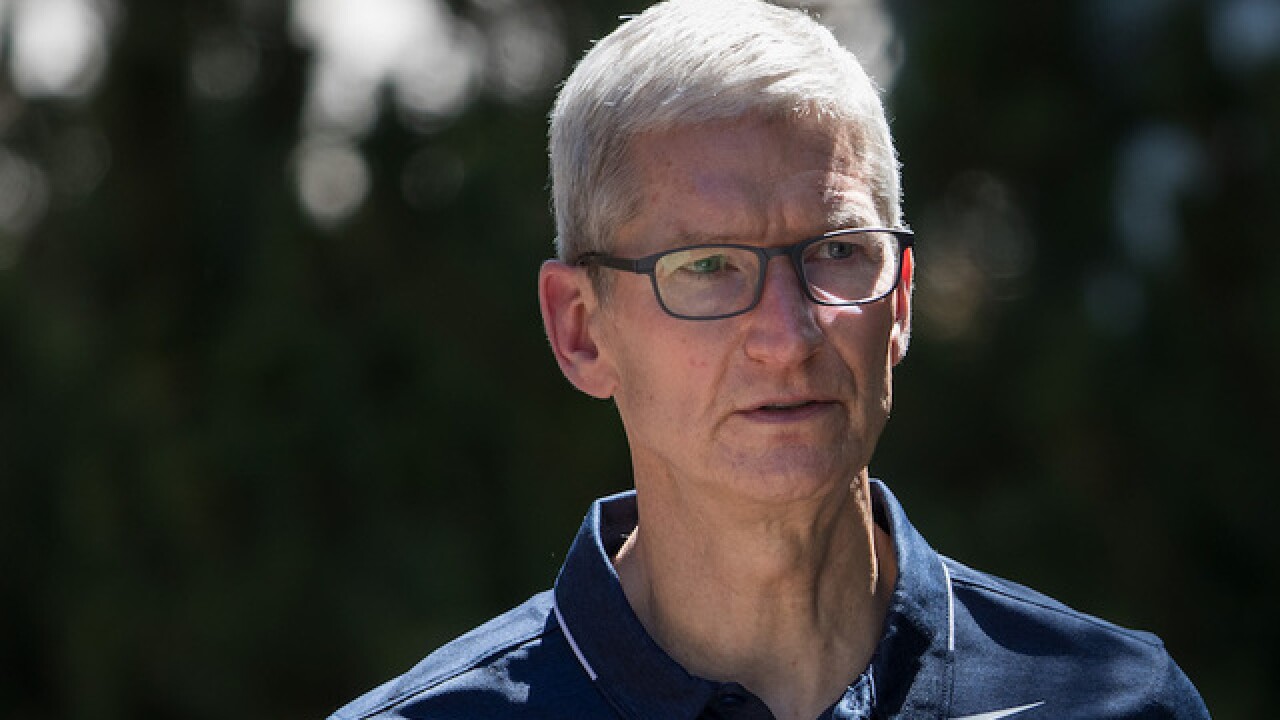 Apple is fighting to take back the classroom.

The company revealed on Tuesday in Chicago what it believes is the future of education. CEO Tim Cook and his executive team took the stage at Lane Tech High School to discuss "creative new ideas for teachers and students."

Apple showed off a new budget iPad specifically targeted toward students. The 9.7-inch device -- the same size as the traditional iPad -- will cost $299.

The new iPad works with the Apple Pencil to support art projects — similar to what comes packaged with the higher-end iPad Pro tablet. Apple also teased software features such as smart annotations to help teachers mark up papers, and augmented reality support which will "enable new ways to learn."

Alleged leaks of the upcoming iOS 12 software have shown a "ClassKit" platform for developers to create puzzles, tests and lesson plans for students. Augmented reality integration is a good bet, too.

Apple's education business has had its ups and downs. iPads and Mac computers were once the primary devices used in American schools. But in recent years, Apple's dominance has slipped. Now, Google's budget-friendly Chromebook laptops occupy nearly 60% of all devices in the classroom, according to research firm Futuresource . Apple devices make up just 17% of the education marketshare.

Perhaps it has learned from its mistakes. In 2015, a Los Angeles school district planned to give every student in the city an iPad with preloaded curriculums. Wired reported that the program, which was expected to become a $1 billion deal, fell apart .

After a volatile few years, Apple said in 2017 that iPad sales for the classroom ticked up 32% after dropping the price for its entry-level iPad to $329. Apple also made small tweaks to make it easier for students to share in the classroom, such as removing its Apple ID requirement.

To get ahead of Apple's news, Google announced on Monday its first tablet running Chrome 10: Acer's Tab 10. At $329 — the same price as the cheapest iPad — Google and Acer hope to bring the flexibility and versatility of the Chrome operating system to an even more portable device.

This is Apple's first education-focused keynote in six years — and its second ever. The company hosted a digital textbook launch in New York City in 2012.

Chicago is a fitting backdrop for its latest event. The city is home to one of the largest school systems in the United States, and Apple expanded its "Everyone Can Code program" late last year to teach more students its Swift programming language.

It's unlikely, however, that Apple will reveal details about its next generation iPhone on Tuesday. But with its annual World Wide Developer Conference only three months away, we may hear some subtle software teases of what will land on iOS and OS soon.