Where would a giraffe wear its necktie? Internet debates 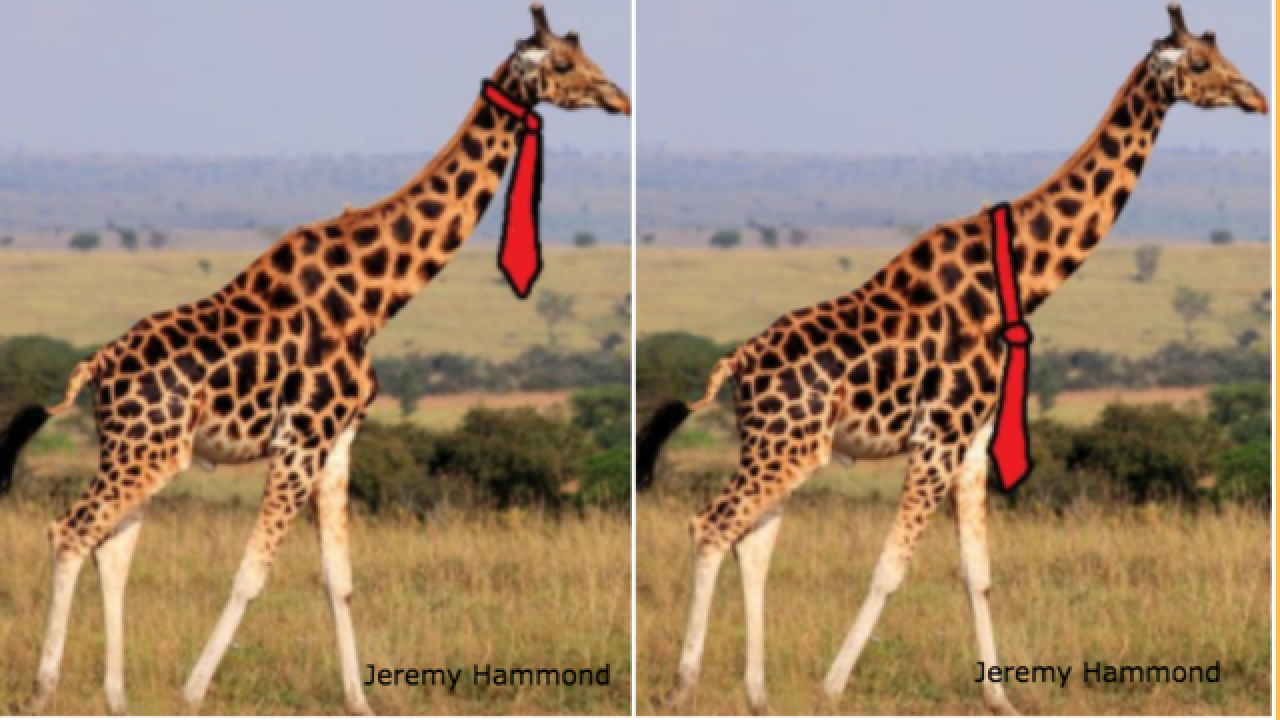 Twitter / Jeremy Hammond
<p>Comedian Jeremy Hammond created these images and posed a great question to the internet: How would a giraffe wear its tie?</p>

Where would a giraffe's tie sit on its ridiculously long neck? That's the latest question that has internet users debating.

New York comic Jeremy Hammond started the conversation by posting a pair of images to social media showing a giraffe wearing a red necktie. In one, the tie sits just under the giraffe's head; in the other, it sits at the base of its neck.

Hammond asked, "When giraffes go to work do they think they put the tie at the top or bottom of their necks?" His initial tweet has been retweeted about 9,000 times and liked nearly 10,000 times since it was posted on Nov. 17.

When giraffes go to work do you think they put the tie at the top or bottom of their necks?

Asking for a friend. pic.twitter.com/e3cFarF75P

The giraffe debate comes nearly a year after a similar pair of images confounded the web. In December 2015, two illustrations of a dog wearing a pair of jeans went viral. Both debates are reminiscent of "The Dress" debacle from February 2015.

So which way do you think a giraffe would wear its tie? Vote below.