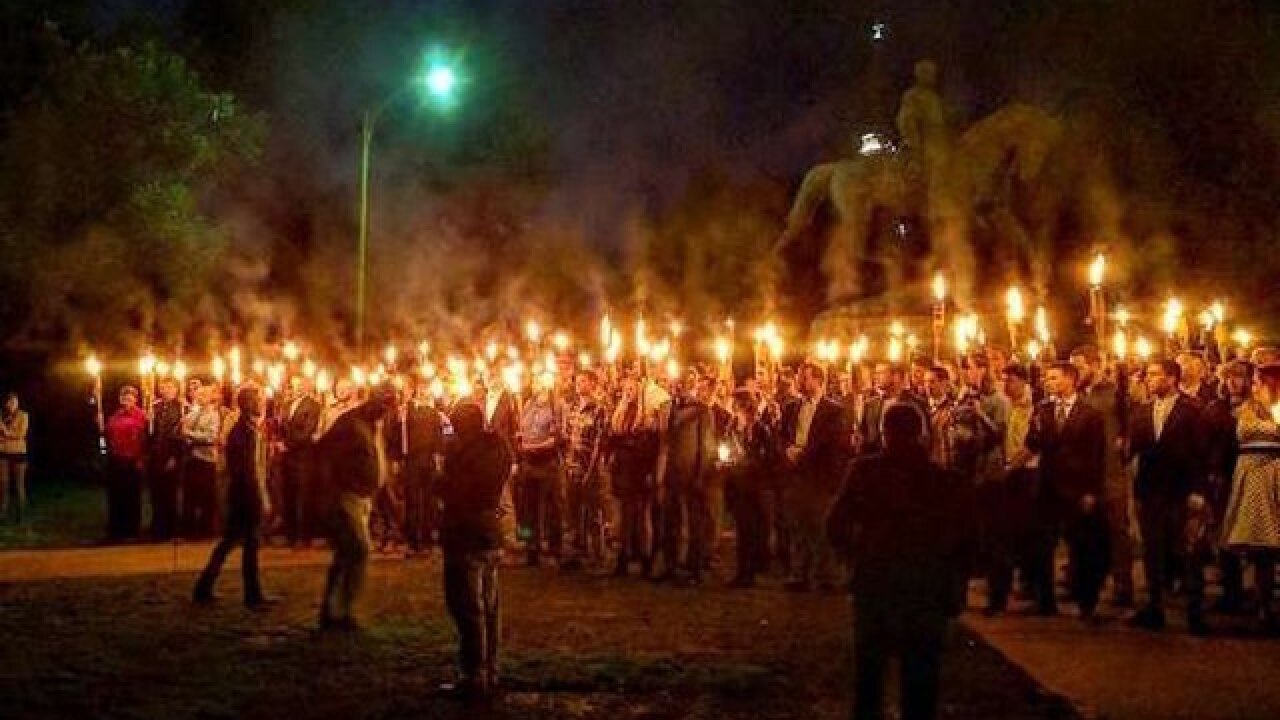 A white Arkansas man faces up to 20 years in prison after being found guilty in the beating of an African-American man during racially charged protests last summer in Charlottesville, Virginia.

Jacob Scott Goodwin, 23, was among a group of attackers captured on widely shared cell phone video in the August 12 beating of DeAndre Harris in a parking garage during the Unite the Right rally.

Goodwin was found guilty of malicious wounding by a Charlottesville Circuit Court jury Tuesday evening. He remains in the Albemarle-Charlottesville Regional Jail and will face sentencing on August 23.

The charge carries a maximum sentence of 20 years in prison. The jury recommended a sentence of 10 years and a $20,000 fine, according to prosecutor Nina-Alice Antony.

Phone calls to Goodwin's attorney were not immediately returned.

Goodwin was the first of four alleged attackers to face a trial in the beating of Harris. Jury selection is set to begin Wednesday in the trial of Alex Michael Ramos, 34, who also faces a malicious wounding charge for his involvement in the attack.

Two other men, Daniel Borden, 18, and Tyler Watkins Davis, 49, have trial dates set for the summer.

Vonzz Long, a friend of Harris', told CNN the two of them were part of a group of people staging counterprotests that day against neo-Nazis and white supremacists. He said they got into an argument with people from hate groups who threw things and shouted racial slurs at them, and he and Harris got separated during the ensuing chaos.

When Long eventually found him, Harris was surrounded by neo-Nazis in the garage and being beaten bloody, he said.

Harris had faced an misdemeanor assault charge after a white protester claimed he had struck him in the head with a flashlight moments before the parking garage beating. But a judge acquitted him of the charges in March.