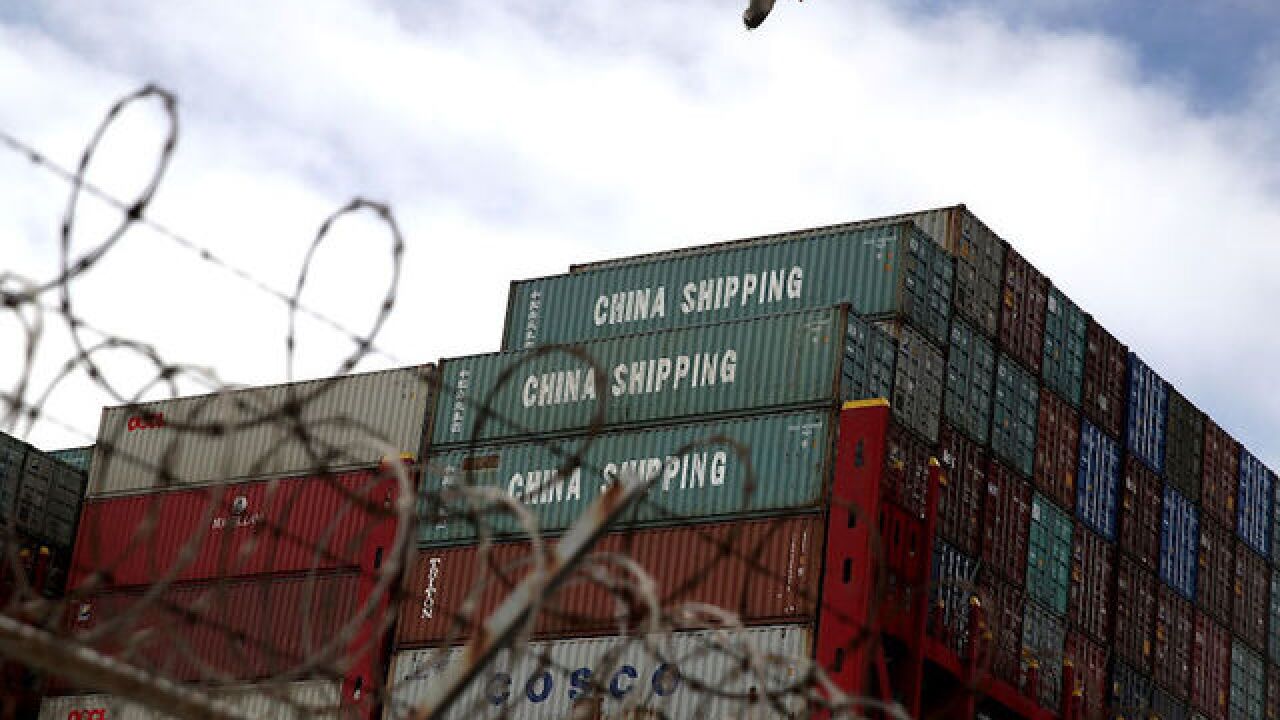 Copyright 2018 Scripps Media, Inc. All rights reserved. This material may not be published, broadcast, rewritten, or redistributed.
Justin Sullivan
<p>Shipping containers sit on the the Hong Kong based CSCL East China Sea container ship at the Port of Oakland on June 20, 2018 in Oakland, California. U.S. president Donald Trump has threatened to impose 10 percent tariffs on $200 billion of Chinese imports if China retaliated against his previous tariffs on $50 billion of Chinese imports. </p>

The Trump administration has decided against imposing outright limits on Chinese investment in the United States.

The United States has long accused China of stealing trade secrets. In March, Trump directed Treasury Secretary Steven Mnuchin to consider restrictions that would address concerns about Chinese investment "in industries or technologies deemed important to the United States."

The White House signaled in May that it would adopt restrictions on Chinese investment in "industrially significant technology." It said the specifics of its plan would be officially announced by June 30, which is Saturday.

News outlets including CNN reported earlier this week that the administration was considering a rule to bar firms with at least 25% Chinese ownership from buying American companies that are involved in technology that the White House considers important.

Congress is working on legislation that would strengthen the Committee on Foreign Investment in the United States, an inter-agency panel chaired by the Treasury Department. The panel scrutinizes certain deals that could give foreign investors control of a US business for national security concerns.

The legislation has bipartisan support in both the House and Senate. The House passed a bill expanding CFIUS' authority this week. A similar bill passed the Senate earlier this month.

The Commerce Department is still looking into enhanced export controls, which would stop US firms from shipping certain technologies to China.

This is a developing story.