Woman charged after driving onto Maine baseball field, killing one 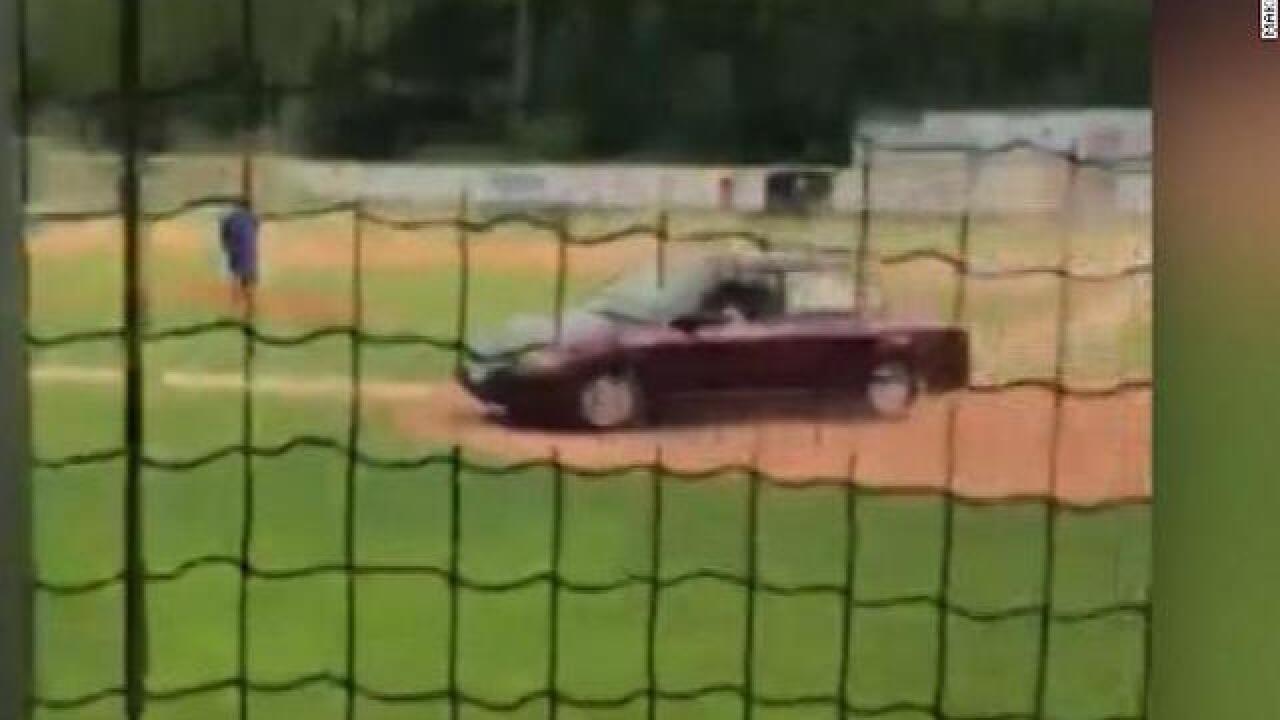 A woman drove a car onto a youth baseball field in Maine on Friday night, scattering players and bystanders before striking and killing a 68-year-old man, authorities said.

Carol Sharrow, 51, was arrested and charged with one count of manslaughter after police said her car came through the main gate of Goodall Park in Sanford, Maine.

The pedestrian, Douglas Parkhurst of Sanford, died on his way to the hospital, police said.

Sharrow appeared in York County Superior Court on Monday on the manslaughter charge, but did not enter a plea. The judge ordered that she undergo a mental evaluation and set her bail at $500,000.

Her next court appearance is September 5.

Sharrow's attorney, Robert Ruffner, said, "When all the facts come to light, there's an underlying tragedy that can't be denied.

Police did not provide a motive in the incident.

Bystander video showed a maroon sedan driving across home plate and up the third base line. A second video showed a small group of people standing over a person lying on what looks like a parking lot. It's not clear whether that person is Parkhurst.

The Sanford, Maine, Little League posted this statement on its Facebook page:

"As you are all aware by now our baseball community was struck by tragedy tonight. We want to share our heartfelt gratitude that physically all of the players from Babe Ruth and Little League are safe and our deep sorrow to the family of the brave man that gave his life tonight protecting others.

"Two of our Minor Boy teams that witnessed this event tonight will play a doubleheader tomorrow morning at LL Park starting at 9am. We encourage any community members that can make it, players to come with their jerseys on, to come support these 8,9&10 years olds. Let's come together to show community pride and help these boys feel safe to return to their beloved field."

Sanford is a town of about 20,000 people located 45 miles southeast of Portland, Maine.