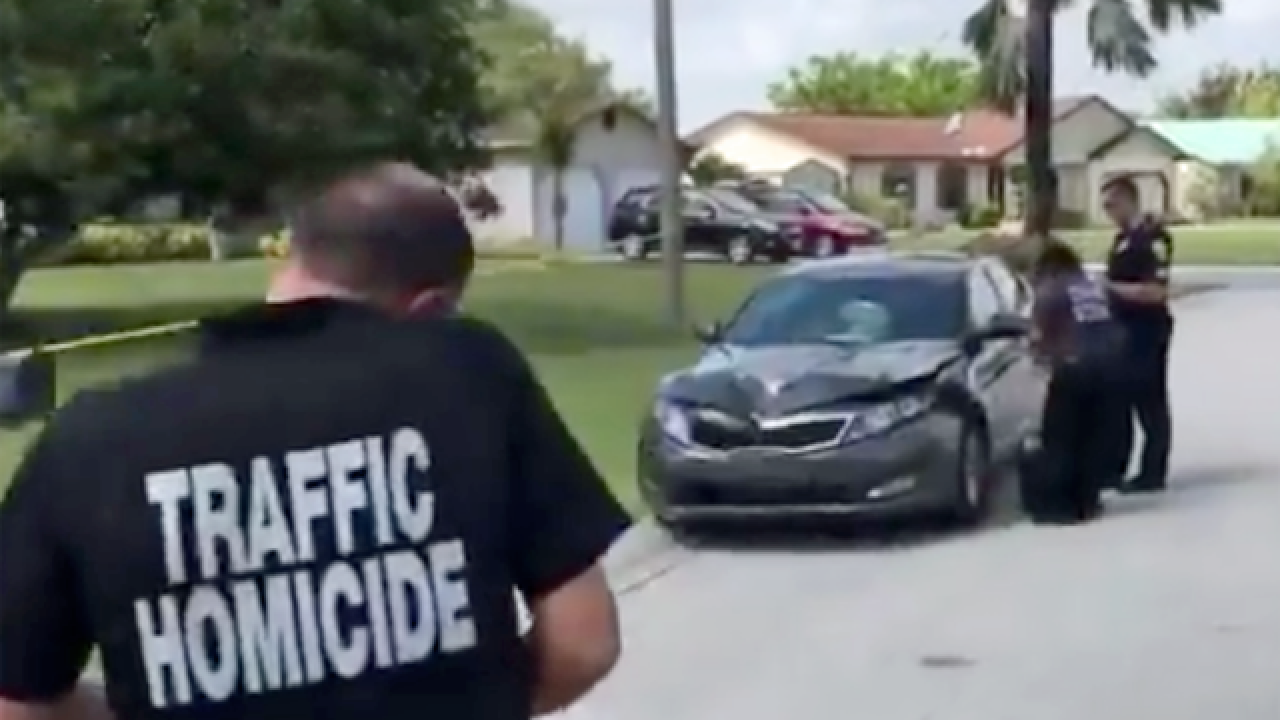 PSLPD
<p>A man is hospitalized after his girlfriend struck him with her car following a domestic argument, according to Port St. Lucie police.</p> 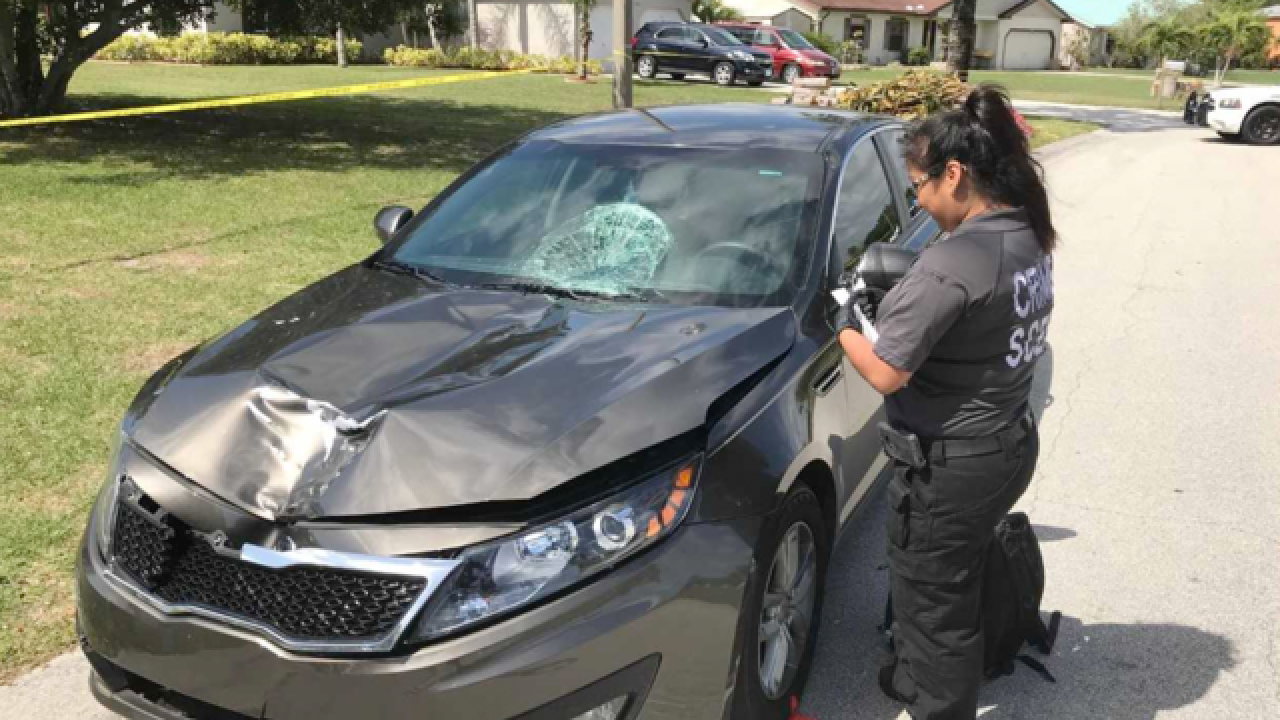 A man is hospitalized, but expected to survive, after his girlfriend struck him with her car following a domestic argument, according to police in Port St. Lucie, Florida.

The incident happened in the 1900 block of W. Dunbrooke Circle.

Police said the man got out of the car and began walking down the street and the woman then dropped off her baby at their house, drove back to where the man was walking and hit him.

Video posted by police shows crime scene tape around a car which appears to have a big dent in the hood and a shattered windshield.

The man, described as the woman's 24-year-old live-in boyfriend, was airlifted to a hospital with head trauma.  He was undergoing surgery late Wednesday afternoon.

Police did not identify either person but said the investigation continues.

“It sounded like a car hitting a shopping cart," said Lance Chmura who lives just across the street from the crash scene. He was making breakfast around 9 a.m. when he heard the impact and ran out to help.

“I went down, grabbed his hand and stabilized him because he was starting to thrash around a bit," said Chmura.

The impact of the crash was so intense it sent the man flying 35 yards down the street.

“She (the girlfriend) then left the scene, drove back home.  Her relative got in car and came back to the scene," said Master Sgt. Frank Sabol with Port St. Lucie Police.

The victim’s grandmother would not reveal what the girlfriend said to her immediately after the crash, but said the couple had a good relationship and had just moved down here last month. She said she thinks this was an accident.

“I think they were just playing around and didn’t realize the severity of it," said the grandmother.

“The initial investigation determines she was on the wrong side of the road when he was struck," added Sgt. Sabol.

Right now, it’s being investigated as a case of domestic violence. No arrests have been made.