Woman's runny nose was actually fluid from inside her brain 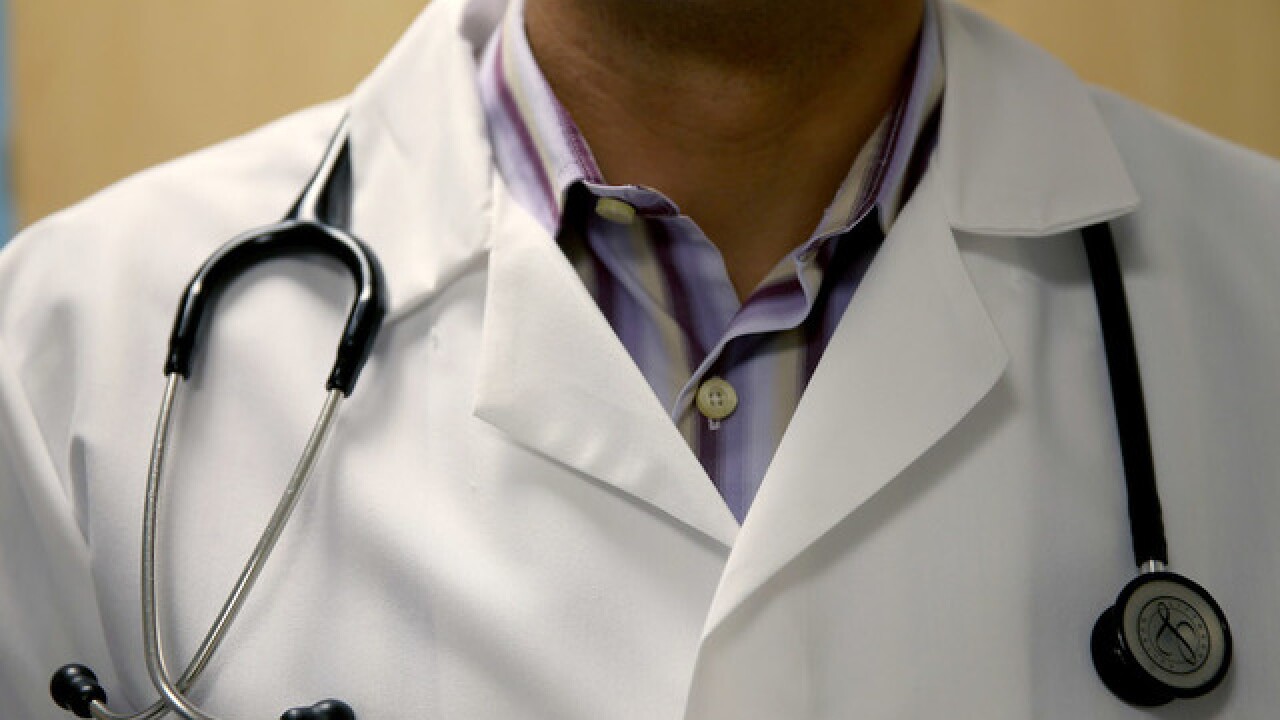 Copyright Getty Images
Joe Raedle
<p>MIAMI, FL - JUNE 02: A doctor wears a stethoscope as he see a patient for a measles vaccination during a visit to the Miami Children's Hospital on June 02, 2014 in Miami, Florida. The Centers for Disease Control and Prevention last week announced that in the United States they are seeing the most measles cases in 20 years as they warned clinicians, parents and others to watch for and get vaccinated against the potentially deadly virus. (Photo by Joe Raedle/Getty Images)</p>

For the past two years, 52-year-old Kendra Jackson of Omaha, Nebraska just thought she had a bad cold.

"When it first started out, I just thought it was my allergies or a runny nose -- like the beginning of a fresh cold," Jackson said.

The coughing, sneezing and runny nose began 2½ years after Jackson was involved in a serious car accident. She remembers hitting her face against the dashboard, and she has struggled with migraine headaches ever since.

"When it didn't go away, I kept going back and forth to the doctors, and they prescribed every kind of medicine you can think of, and my nose just kept on running," she said.

The doctors she saw told her that she probably had allergies. But this year, Jackson went to physicians at the University of Nebraska Medical Center and learned the real reason behind her nasal discharge: a cerebrospinal fluid (or CSF) leak caused by a small hole in her skull.

"She would wake up in the morning after sleeping upright in a chair, and the whole front of her shirt was wet with fluid. It was a lot of fluid," said Dr. Christie Barnes, a rhinologist at the University of Nebraska Medical Center and a lead surgeon on the case.

Jackson said she was losing about half a liter of fluid per day.

A physician's assistant "astutely recognized right away that this was something different than a runny nose and was consistent with a CSF leak. So we had her collect her fluids and sent it off for evaluation," Barnes said.

Cerebrospinal fluid is a clear, colorless fluid that surrounds and protects the brain and spinal cord. The fluid also helps to remove waste products from the brain and distribute nutrients and other substances throughout the central nervous system, according to the Cleveland Clinic.

"CSF is a fluid that actually bathes the brain. Because the skull is a fixed box and the brain is a nice soft organ, it needs to be protected from moving around inside that hard box," Barnes said. "So it actually provides a cushion for the brain and the spinal cord."

Cerebrospinal fluid is produced continuously in the brain and is normally absorbed into the bloodstream through protrusions in the outer membrane of the brain, called the dura mater.

But in Jackson's case, a tiny hole in her cribriform plate -- a thin bone that separates her cranial and nasal cavities -- allowed the fluid to drip into her nose and mouth, resulting in her symptoms.

According to Barnes, this part of the skull is "very thin, less than a potato chip. And it's one of the most common locations for this type of a CSF leak," Barnes said.

Cerebrospinal fluid leaks are relatively rare, occurring in approximately five in 100,000 individuals worldwide every year. They are most commonly caused by trauma or surgery, according to the CSF Leak Association.

In Jackson's case, the physicians believe that her car accident may have caused a small hole that increased in size over time.

"She was rear-ended and had head trauma, so it's certainly possible," Barnes said. "It may have caused a bit of a thin area there. Her symptoms actually started a little bit after (the accident), so for her, I think there's probably a combination of both the trauma and the increased pressure."

Depending on the amount of fluid loss, cerebrospinal fluid leaks can be life-threatening. They also place the patient at an increased risk of infections such as meningitis, according to Barnes.

In order to treat Jackson's condition, physicians at the University of Nebraska Medical Center performed a surgery that plugged the hole in her skull using tissue from her nose and abdomen, Barnes said.

"I used tissue from the inside of her nose to plug the leak," Barnes said. "I also borrowed some abdominal fat; it makes a great plugging agent in this location, so with just a tiny bit of fat, I was able to plug the leak."

Almost a month after the surgery, Jackson is back home and reports that the mysterious drip has disappeared.

"I don't have the nasal drip anymore, but I still have the headaches," she said. "I actually feel pretty good, and I'm able to get a little bit of sleep."

Though her condition is rare, Jackson wants people to know that cerebrospinal fluid leaks can occur, particularly after head trauma: "For people who hear my story, if they're tasting a very salty taste and something's draining in the back of your throat, it's probably something other than allergies. So get to the doctor."