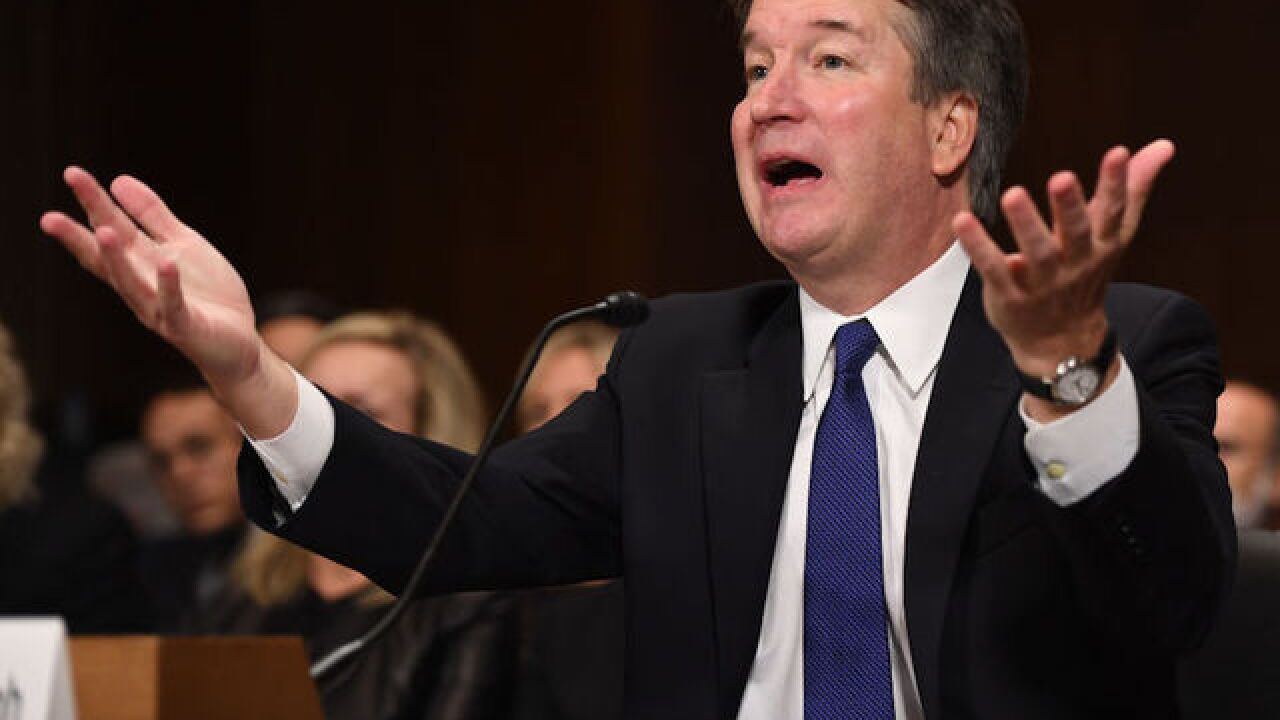 A Yale classmate of Supreme Court nominee Brett Kavanaugh accused him on Sunday of being untruthful in his testimony to the Senate Judiciary Committee and making a "blatant mischaracterization" of his drinking while in college.

"I can unequivocally say that in denying the possibility that he ever blacked out from drinking, and in downplaying the degree and frequency of his drinking, Brett has not told the truth," Chad Ludington said in a statement to CNN.

In his testimony to the judiciary committee Thursday, Kavanaugh denied ever blacking out from drinking.

Ludington said in his statement he witnessed Kavanaugh throw a beer in a man's face once for making a semi-hostile remark, "starting a fight that ended with one of our mutual friends in jail."

"It is truth that is at stake," Ludington said in a statement. "and I believe that the ability to speak the truth, even when it does not reflect well upon oneself, is a paramount quality we seek in our nation's most powerful judges."

Ludington is a professor at North Carolina State University, The New York Times reports, and he has appeared to have made small political contributions to Democratic candidates.

Ludington said in the statement he does not believe "heavy drinking or even loutish behavior of an 18 or even 21 year old should condemn a person for the rest of his life," but said if Kavanaugh "lied about his past actions on national television, and more especially while speaking under oath in front of the United States Senate, I believe those lies should have consequences."

Ludington said he "cringed" when he watched the Fox News interview with Kavanaugh and his wife Monday and when Kavanaugh testified under oath on Thursday to the judiciary committee.

Ludington said he felt it was his civic duty to tell of his experience drinking with Kavanaugh, and said in his statement he is going to take his information to the FBI. He told the Times he would go to the FBI on Monday.

The FBI has reopened a background check on the Supreme Court nominee, but the probe is narrowly focused, top officials said in interviews on Sunday. Kavanaugh's drinking history, which has come up in the allegations, is not part of the probe, a source tells CNN.

The White House did not have any immediate reaction on behalf of itself or Kavanaugh, but directed CNN to comments made by Chris Dudley, a friend of Kavanaugh's and a former NBA player.

Dudley disputed Ludington's claims. He told The New York Times that he "never, ever saw Brett Kavanaugh black out" from drinking and "never, ever saw him act inappropriately toward any woman in the 35 years that I've known him."