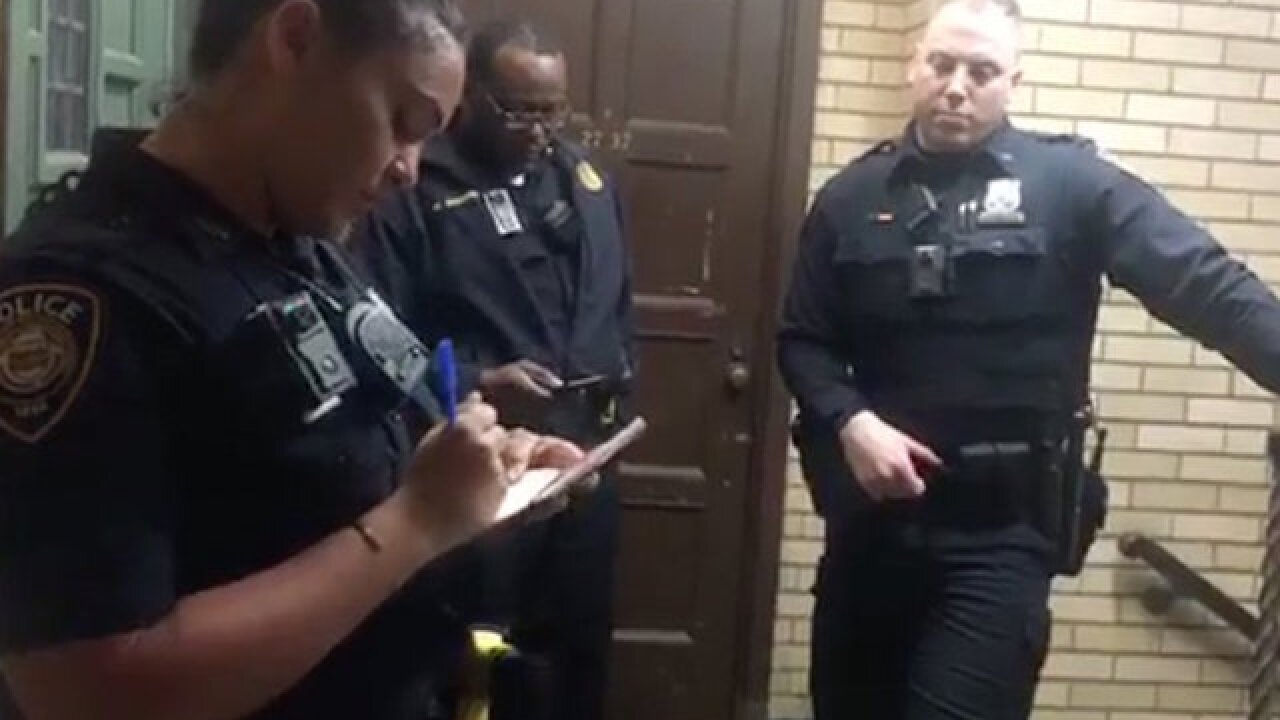 The Yale University police officers who were called to investigate a napping black graduate student ultimately admonished the white student who had contacted police in the first place, a Yale vice president says.

The incident, captured in two Facebook Live videos, has sparked outrage about racial profiling and policing.

Kimberly Goff-Crews, Yale's vice president for Student Life, said in an email to students Wednesday night that she's been "deeply troubled" by the incident.

Officers interrogated Lolade Siyonbola, a black graduate student at Yale, early Tuesday after a white student found her sleeping in a common room of their dorm and called police.

Siyonbola had been working on a paper in the Hall of Graduate Studies and fell asleep. Another student came in, turned on the lights and told her, "You're not supposed to be sleeping here. I'm going to call the police."

Two police officers arrived and began questioning Siyonbola in a stairwell. When she asked them about the complaint, one officer said, "She called us (and) said there's somebody who appeared they weren't ... where they were supposed to be."

The officers asked for her ID, and after some delay in verifying the spelling of her name, she was cleared to go.

In the aftermath, Yale officials have defended the police response to the situation.

"We believe the Yale police who responded followed procedures," said Yale spokeswoman Karen Peart. "It is protocol in such circumstances for the police to ask for student (or staff) identification cards. Both students had to identify themselves."

CNN has reached out to the other student for comment.

The delay with verifying Siyonbola's ID was because the name on her card was her preferred name, which did not exactly match her name in university records, Peart said.

"As we do with every incident, we will be reviewing the call and the response of the police officers," she said. "Our officers are professionals who take great pride in working for Yale. They are trained on unconscious bias, de-escalation techniques, and problem solving, and seek to treat each individual with respect."

Goff-Crews, the Yale vice president, said in her email that she's been holding discussions with campus police and other university staff "to better understand what exactly happened at HGS on Monday night, and how we can work together to avoid such incidents in the future."