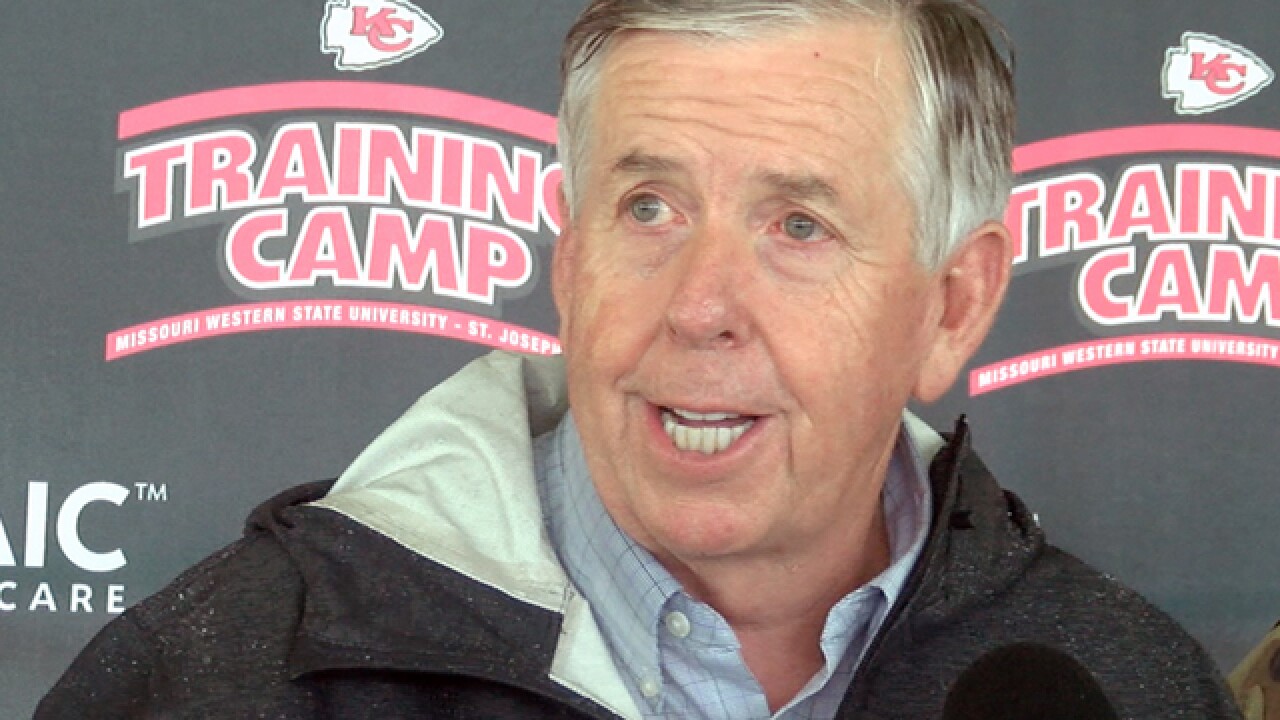 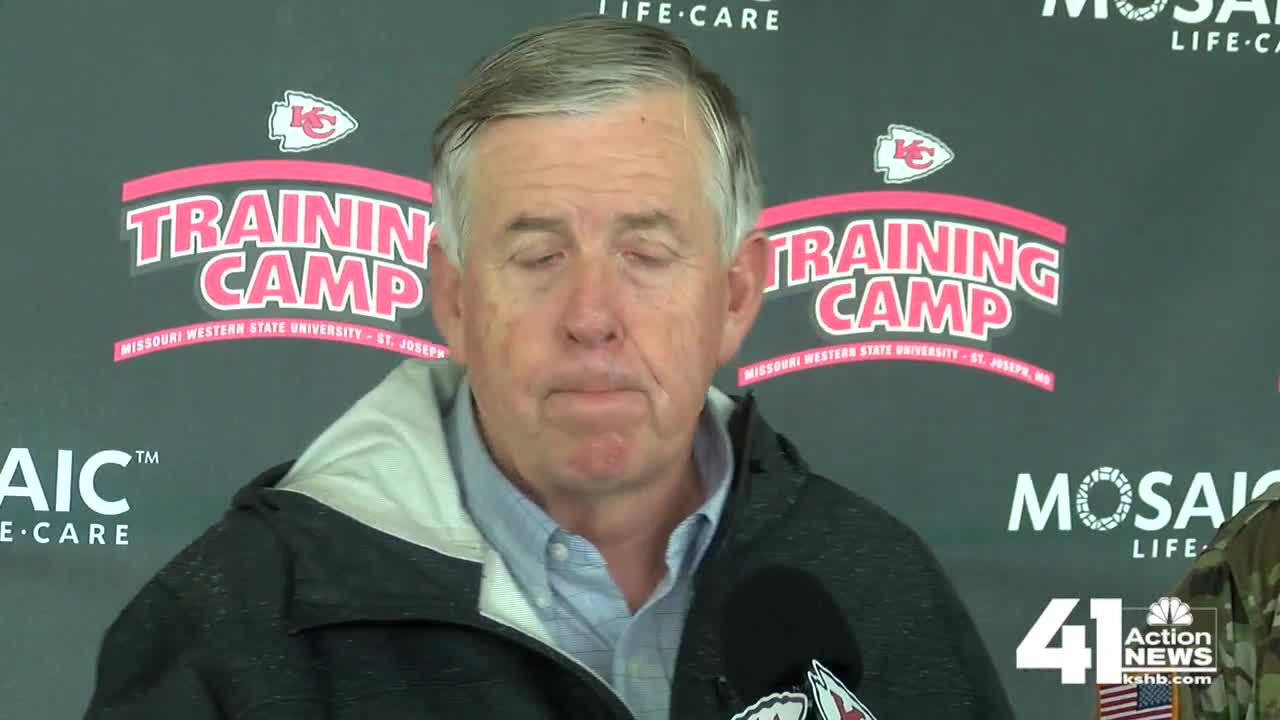 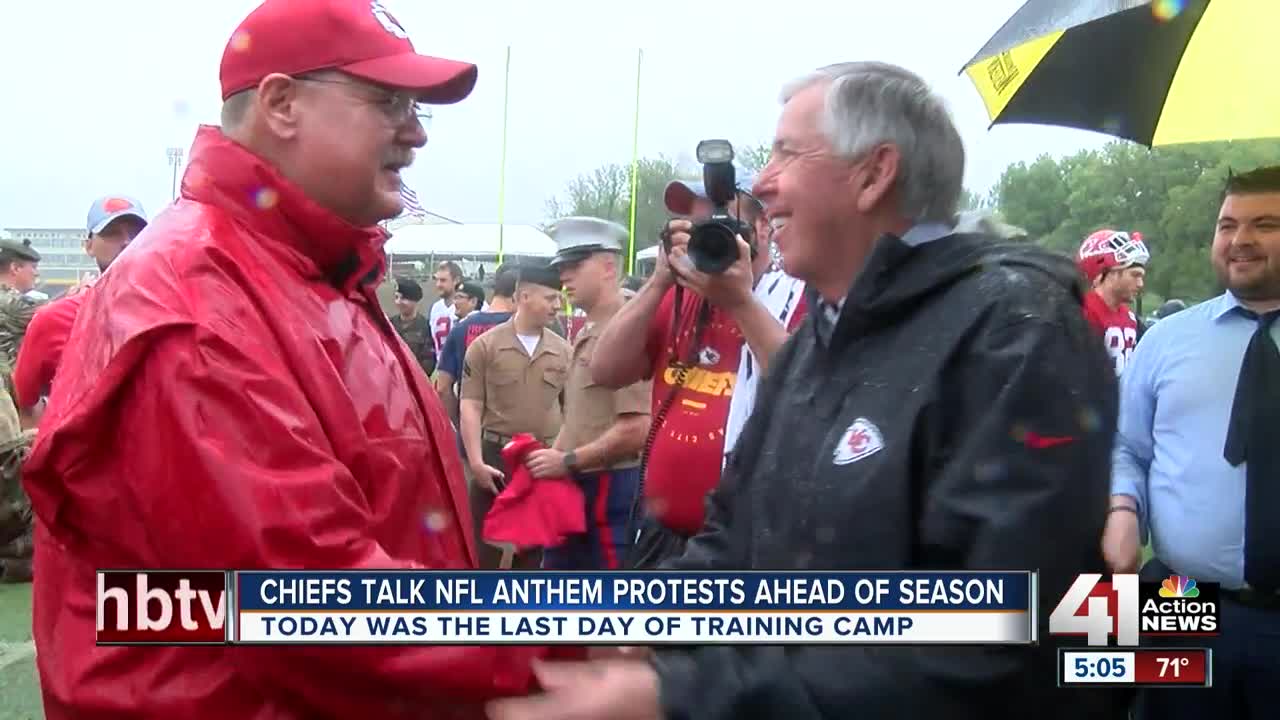 KANSAS CITY, Mo. — Missouri Gov. Mike Parson said he doesn’t agree with players kneeling in protest during the National Anthem but said they have a right to express themselves.

Parson attended the last day of Chiefs Training Camp in St. Joseph, Missouri, Tuesday for Military Appreciation Day. 41 Action News sports reporter Ryan Marshall asked the governor if he felt the players kneeling in protest during the National Anthem was against the military.

“We all have individual freedoms in this country. It’s not something I agree with, but those players have a right to express themselves,” Parson said. “But I also think it’s important. The league’s working on that, the Chiefs organization is well aware of that, so that’s up to them to handle on those issues.”

Some NFL players have been kneeling during the National Anthem to protest police brutality and racial inequality.

Parson continued, saying he doesn’t think any player he’s known would ever show disrespect to people who wear the uniform.

"Personally, it's not me. I believe in standing for the National Anthem," Parson said.

The governor then reiterated Tuesday was about Chiefs Training Camp and to show his appreciation for the Chiefs and the military.

Reporters continued to ask Parson about players kneeling, and the governor said he was there to show support for the state and represent the people, not to discuss that issue.