'Vote mistake' to cut Kobach's lead in half 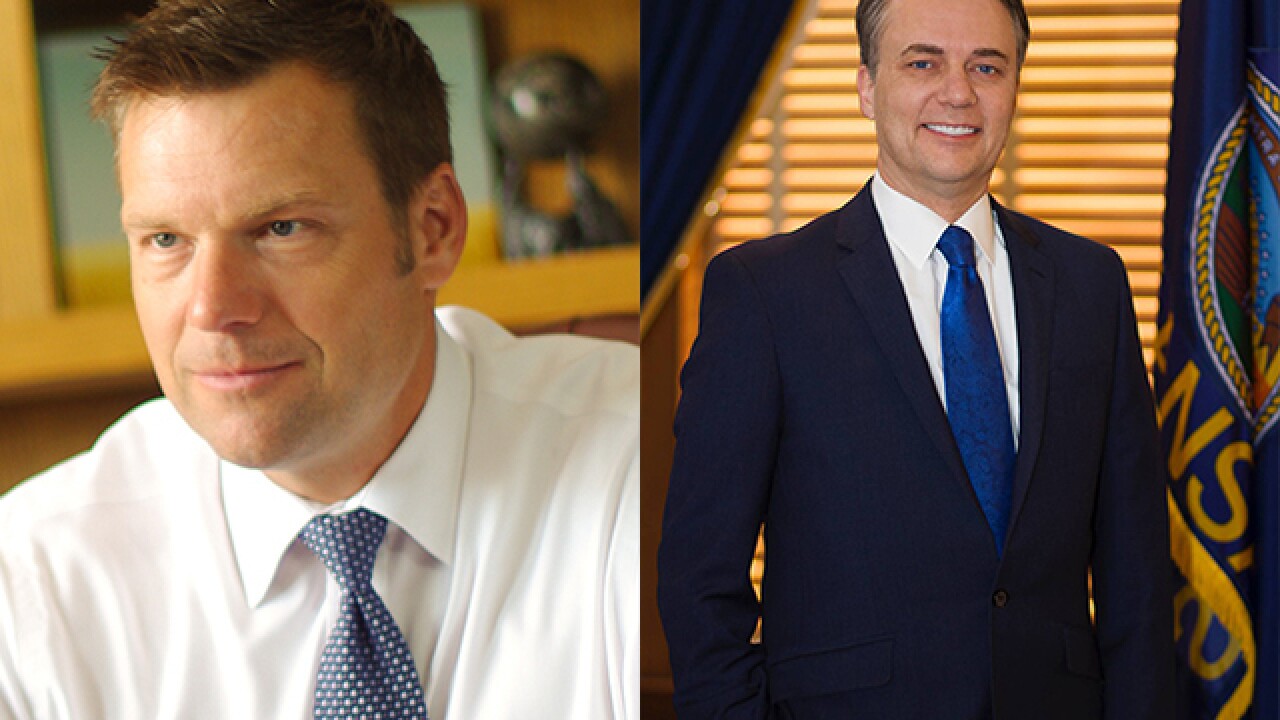 KANSAS CITY, Mo. – An error in communication will result in a 100 swing in votes in the Republican gubernatorial primary.

As of Thursday, Secretary of State Kris Kobach had maintained a 191-vote lead over incumbent Gov. Jeff Colyer out of more than 311,000 votes cast.

It was discovered that there were 100 fewer votes for Colyer on the Secretary of State's website than what Thomas County, Kansas reported.

After discovering the mistake, Kobach’s lead will be trimmed by 100 votes.

41 Action News reporter Steven Dial spoke with the Thomas County, Kansas Election Office, which provided a copy of the fax the office claims it sent to the Kansas Secretary of State's office on election night.

Here is the actual document faxed to the Secretary of State office on election night. It shows @DrJeffColyer winning the county. But the state website has Kobach winning by 100 votes. @41actionnews #ksleg #ksgov pic.twitter.com/0lBOwycBvT

Officials in Thomas County aren't sure how the Secretary of State's office went with 422 in their count.

"I pulled the report that I sent via fax on election night," said Shelly Harms, Thomas County Clerk and election officer. "My five looks like a five. I reported 466 for Kobach and Hartman; the four and the five look nothing alike so I have no clue."

I just got off the phone with the Thomas County Clerk. She says her numbers are accurate - the state website is wrong. @DrJeffColyer actually had 100 more votes than what is on the state website. @41actionnews #ksleg #ksgov @NBCNews pic.twitter.com/vya59TMPCz