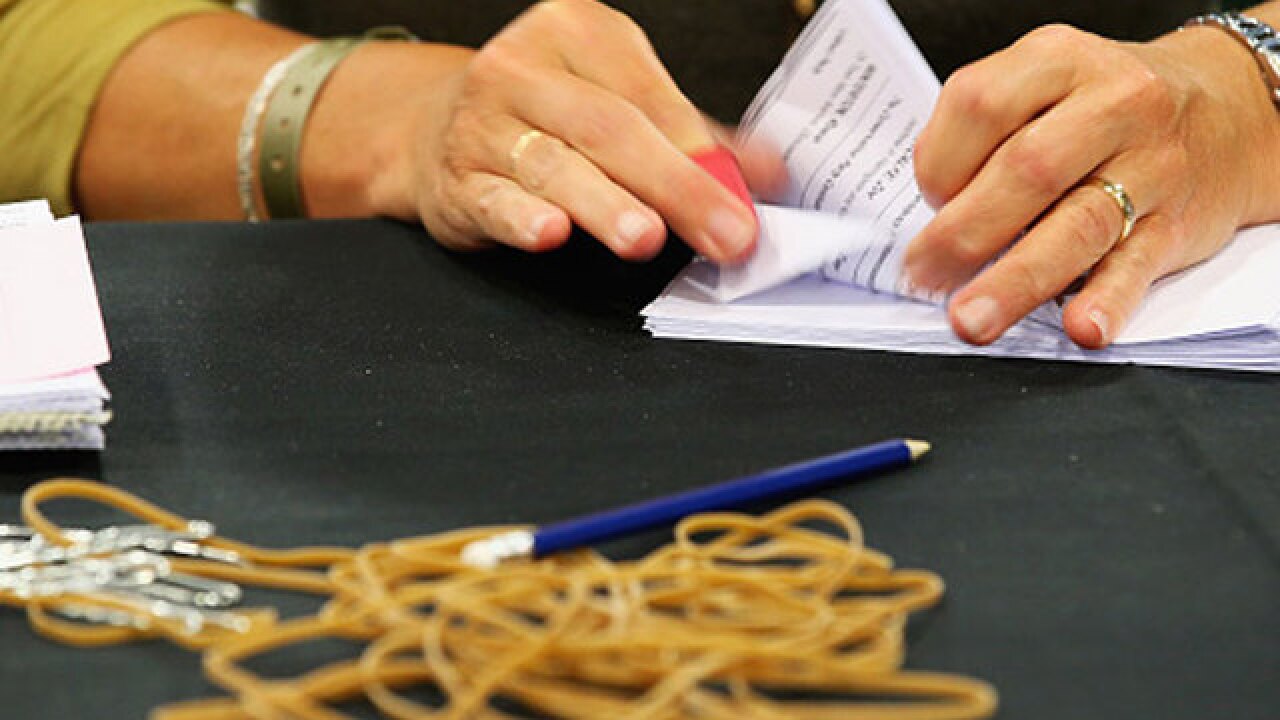 The organization filed its petition Monday under the Kansas Open Records Act on behalf of Davis Hammet. The liberal activist has challenged Secretary of State Kris Kobach's listing as the Republican nominee for governor on the November ballot, arguing that hundreds of legal votes were not counted in the primary election.

Hammet, president of Loud Light, a nonprofit that aims to expand democracy and increase voter turnout, is seeking the records in a lawsuit filed against Johnson County Elections Commissioner Ronnie Metsker. County election officials did not immediately return messages Tuesday seeking comment on the ACLU's petition.

A record 118,708 people voted in the Aug. 7 primary election in Johnson County, according to the lawsuit. Nearly 2,350 voters in the county cast provisional ballots, of which only 1,176 were fully counted. Nearly 900 provisional ballots were entirely denied. The county also rejected 153 advance mail ballots because the signature on the envelope did not match their voter record.

Johnson County officials refused to release any records, claiming the lists of names were exempt from disclosure, according to the lawsuit.

The ACLU contends the denial of public access to the records violates federal and state laws.

"We aren't asking to see who they voted for or any private information," Laura Bonds, ACLU of Kansas legal director, said in a statement Tuesday. "That information should be afforded the utmost privacy. However, people should know whether their vote counted or if people faced any unnecessary barriers to voting. The public interest here is just transparency."