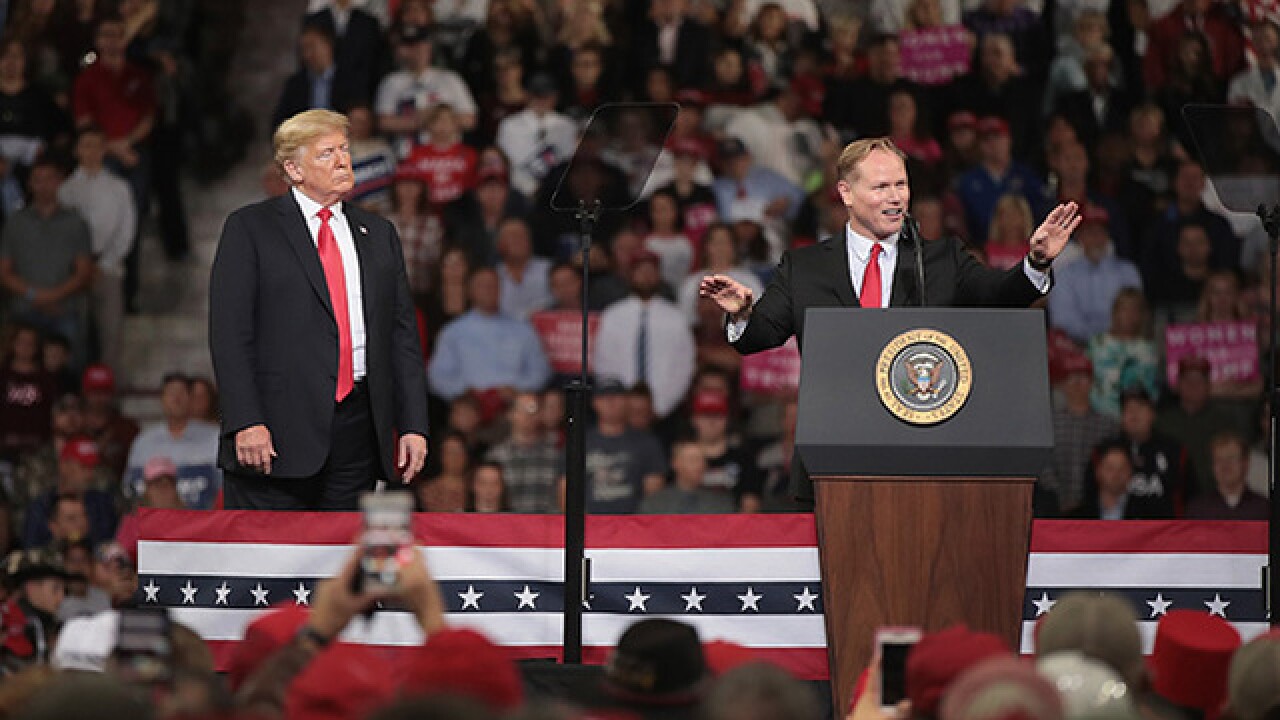 Copyright 2018 Scripps Media, Inc. All rights reserved. This material may not be published, broadcast, rewritten, or redistributed.
Scott Olson/Getty Images
<p>Republican candidate for the U.S. House in Kansas' 2nd district Steve Watkins (right) spoke at a rally with President Donald Trump on Oct. 6, 2018, at the Kansas Expocenter in Topeka, Kansas.</p> 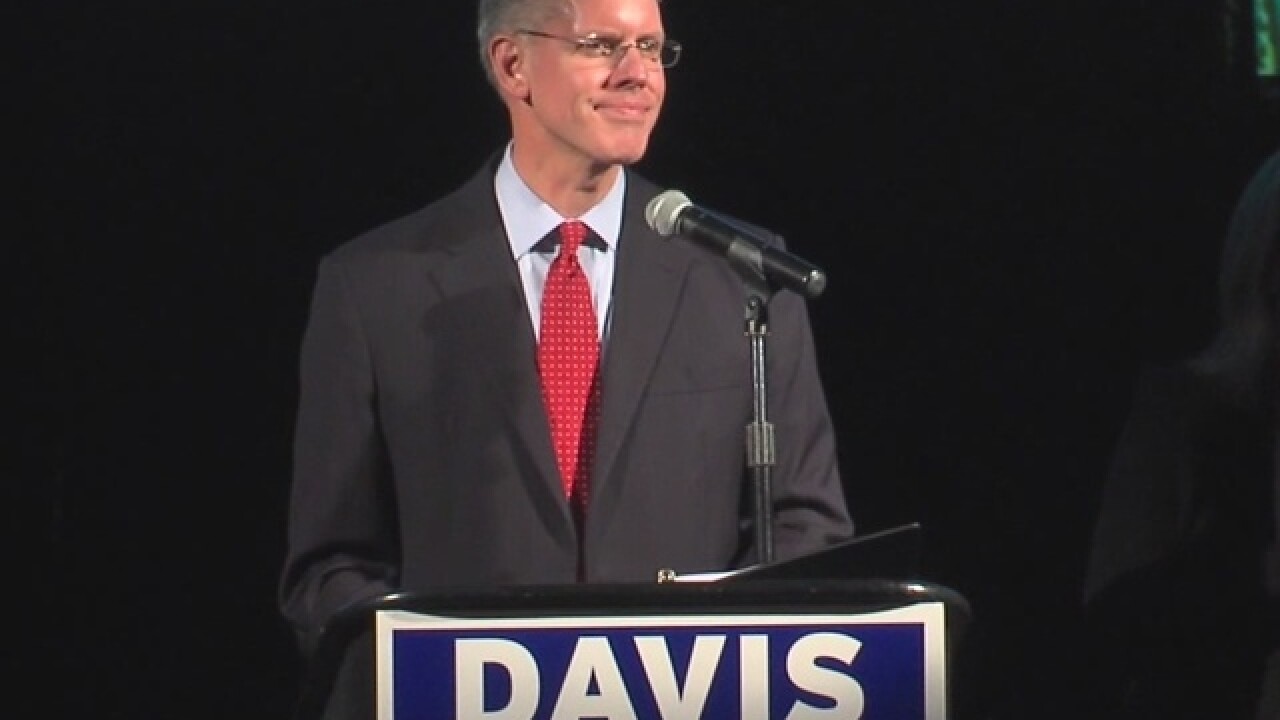 Republican Rep. Lynn Jenkins is the incumbent, but she announced in 2017 that she would retire at the end of her term.

Jenkins endorsed Watkins in a TV commercial the week before the election.

After his military service, Watkins worked as an independent contractor, mainly with the Department of Defense in Iraq, Afghanistan and Central Asia, according to his campaign website.

His campaign drew praise and support from Trump, but he also came under fire for exaggerating his resume, experience and achievements on numerous occasions.

Davis, 46, spent 11 years in the Kansas legislature before he lost a 2014 bid for Kansas governor against former Gov. Sam Brownback, who resigned in January to join President Trump's administration