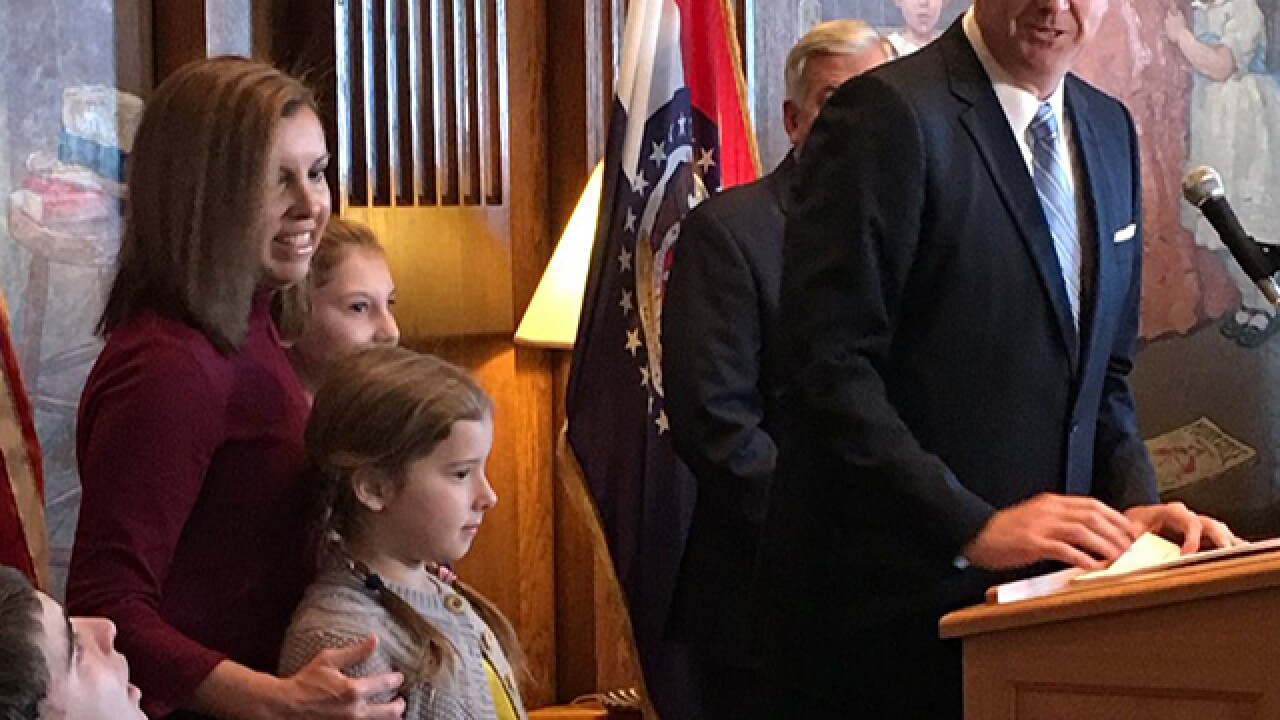 Hawley unseated Democratic Sen. Claire McCaskill during the Nov. 6 election. He's set to be sworn in as the state's next U.S. senator in January.

Schmitt's appointment as attorney general will leave yet another vacancy in an elected statewide office for Parson to fill. That will mean half of Missouri's statewide officeholders were appointed and not elected to their seats.

Parson himself was not elected governor. As the then-lieutenant governor, he took the reins after former Gov. Eric Greitens resigned amid personal and political scandal in June.

Parson then appointed his replacement , current Lt. Gov. Mike Kehoe, in a move that Democrats have challenged in court. The case is pending before the Missouri Supreme Court.

Parson will have named three of six statewide officeholders in Jefferson City once he picks a new treasurer.

Schmitt grew up in the St. Louis suburbs, graduated from Truman State University and earned a law degree from Saint Louis University. He served as an alderman in his suburban St. Louis home of Glendale before voters elected him to the state Senate in 2008 and again in 2012.

He's often said his work in public office has been influence by his son, Stephen, who was born with a rare condition that causes tumors on his organs. He also has epilepsy, is on the autism spectrum and is nonverbal.

As a state senator, Schmitt passed legislation to require insurance coverage for some children with autism-related disorders and pushed through a bill allowing epileptic patients to use a cannabis extract for treatment. Schmitt, while running for treasurer, also sponsored a measure that created MO ABLE accounts, which allow someone with a disability or their family to open a tax-exempt savings account to pay for related expenses. The state treasurer oversees the program.

Schmitt also notably sponsored a Missouri law that capped profits that cities and other municipalities can keep from traffic tickets and court fines, a policy goal that gained traction after the fatal police shooting of Michael Brown in Ferguson.

Brown's shooting didn't involve a traffic stop; the black, unarmed 18-year-old was walking in the street when white police Officer Darren Wilson stopped him in August 2014. But Brown's death and the sometimes violent protests that followed drew attention to some residents' and legal advocates' concerns about the generally white police force's treatment of people in the predominantly black St. Louis suburb, including the use of police to collect revenue through traffic fines and court fees.

The Missouri Supreme Court later overturned parts of the law that imposed a lower cap on St. Louis-area municipalities than on other areas of the state.

Schmitt won the treasurer's seat in 2016 by a 17-point margin over his Democratic rival. According to his office, he received more votes than any other treasurer in state history.