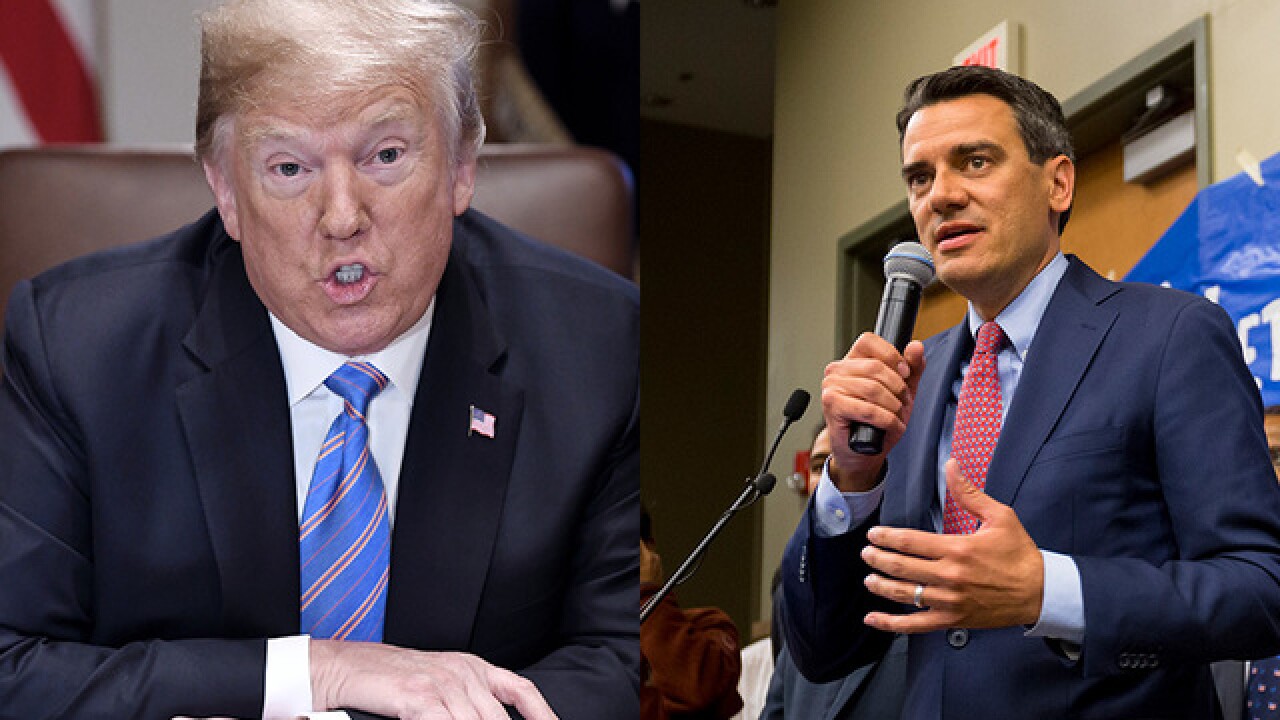 TOPEKA, Kan. — President Donald Trump on Wednesday gave his "full and total endorsement" to Republican Rep. Kevin Yoder in a Kansas district that Democrats see as competitive after Hillary Clinton narrowly carried it in the last presidential election.

Trump tweeted his support for the four-term congressman after House Republicans released a spending bill providing $5 billion next year for building Trump's proposed wall along the U.S.-Mexico border. Yoder is chairman of a House appropriations subcommittee on homeland security.

Yoder is expected to have no trouble winning his Aug. 7 primary race against two unknown and underfunded GOP challengers. Six Democrats are running for the right to challenge him in November, and their party has made Trump a key focus for months.

Trump's endorsement of Yoder came less than a week after Vice President Mike Pence came to the district for a fundraiser. The tweet also was two days before New York congressional candidate Alexandria Ocasio-Cortez, a rising Democratic star, planned to campaign in the district with Vermont Sen. Bernie Sanders for one of the party's candidates, labor lawyer Brent Welder.

"This election is going to be a referendum on whether or not, in the 3rd District, voters want somebody who's going to carry Trump's water or not," said Ethan Corson, the Kansas Democratic Party's executive director.

Yoder has touted his work in recent weeks on immigration and border security issues. He pushed the Trump administration last month to end the separation of children from parents during a crackdown on illegal entries at the border.

"Kevin has been strong on Crime, the Border, the 2nd Amendment, and he loves our Military and Vets," Trump tweeted, adding that the congressman "has my full and total endorsement!"

Trump carried Kansas in the 2016 presidential election by nearly 21 percentage points and some counties with more than 80 percent of the vote. But Clinton received 47 percent of the vote in the 3rd District to Trump's 46 percent, and Yoder won a narrower-than-expected race against an unknown Democrat.

Still, Republicans are bullish on Yoder's chance for re-election. He already has spent more than $1.4 million on his re-election campaign and ended June with nearly $1.9 million in cash in his campaign fund — more than four times as much as the top Democrat.