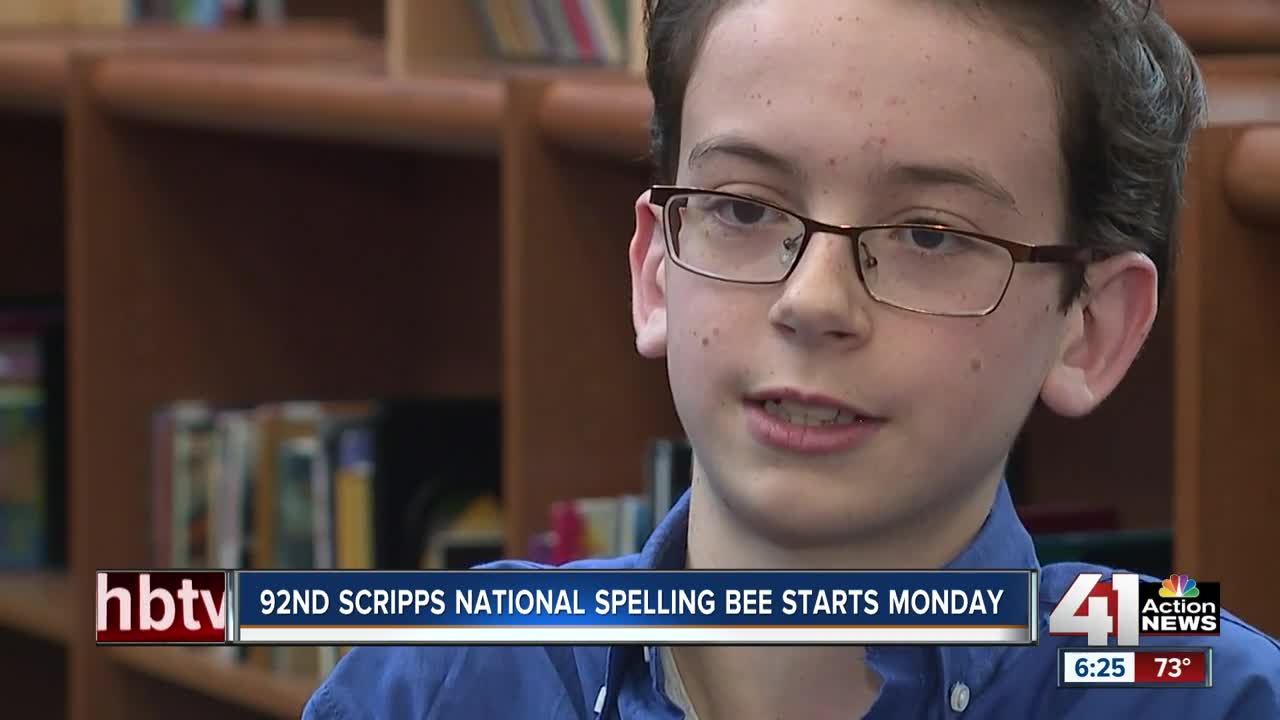 An eighth grader from the Raymore-Peculiar school district is heading for our nation's capital next week, to compete in the Scripps National Spelling Bee. "I mean, I'm very excited, and I'm also very nervous," Miles Sellami said. KANSAS CITY, Mo. — An eighth-grader from the Raymore-Peculiar School District is headed to our nation's capital to compete in the Scripps National Spelling Bee.

Sellami qualified for the Scripps National Spelling Bee in March, when he won the Cass County Spelling Bee. His winning word was "wringing," a word he said he knew how to spell.

"I just kind of realized, if I do this, I can go to the National Spelling Bee," Sellami said.

After he won, it took a while for Sellami to process that he had qualified for the national competition.

"It didn't really sink in at first," he said. "I was really concentrated on winning the one that was going on, and so, I didn't really think for a few days about what was really happening."

Sellami said he keeps himself busy as president of the National Junior Honors Society, debate team, scholar bowl and student council. An honor roll student, he said he's always enjoyed reading, so being good at spelling was a natural extension of that.

Since winning the county bee, Sellami has been practicing and preparing for the Scripps National Spelling Bee by learning Greek and Latin roots.

"I'm doing my best to be prepared," he said. "What I do, is I just try to figure out what language of origin the word comes from."

Sellami said he remains positive about how things will go next week.

"If I keep working, hopefully I can get pretty far," he said.

The Scripps National Spelling Bee begins with a written test. The top spellers then advance to the on-stage competition.