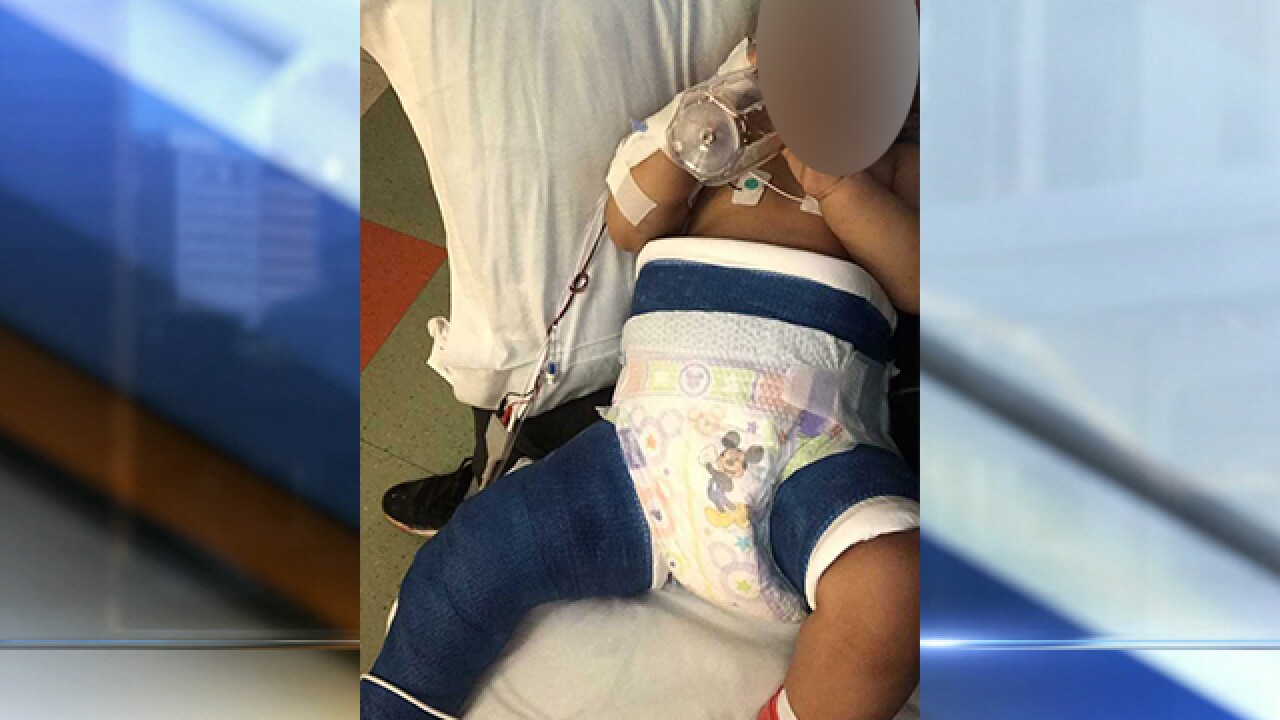 The shooting happened in the 1300 block of Ridge Avenue. Multiple bullet holes were visible on the door and walls of the home.

"I heard gunshots last night," said Olga Lopez, who lives on the street where the shooting happened. "I was watching TV and I got scared."

One of the bullets struck an infant inside the home.

Lopez and other neighbors said they didn't see the shooter.

According to KCK police, only one arrest was made after the shooting — the child's father, a known gang member, for a drug warrant.

Neighbors said the area isn't completely free of crime, but it's never been this close.

"I hear gunshots around but other directions, not close by," Lopez said. "This time was real close."

The child is expected to recover and there is no suspect description.