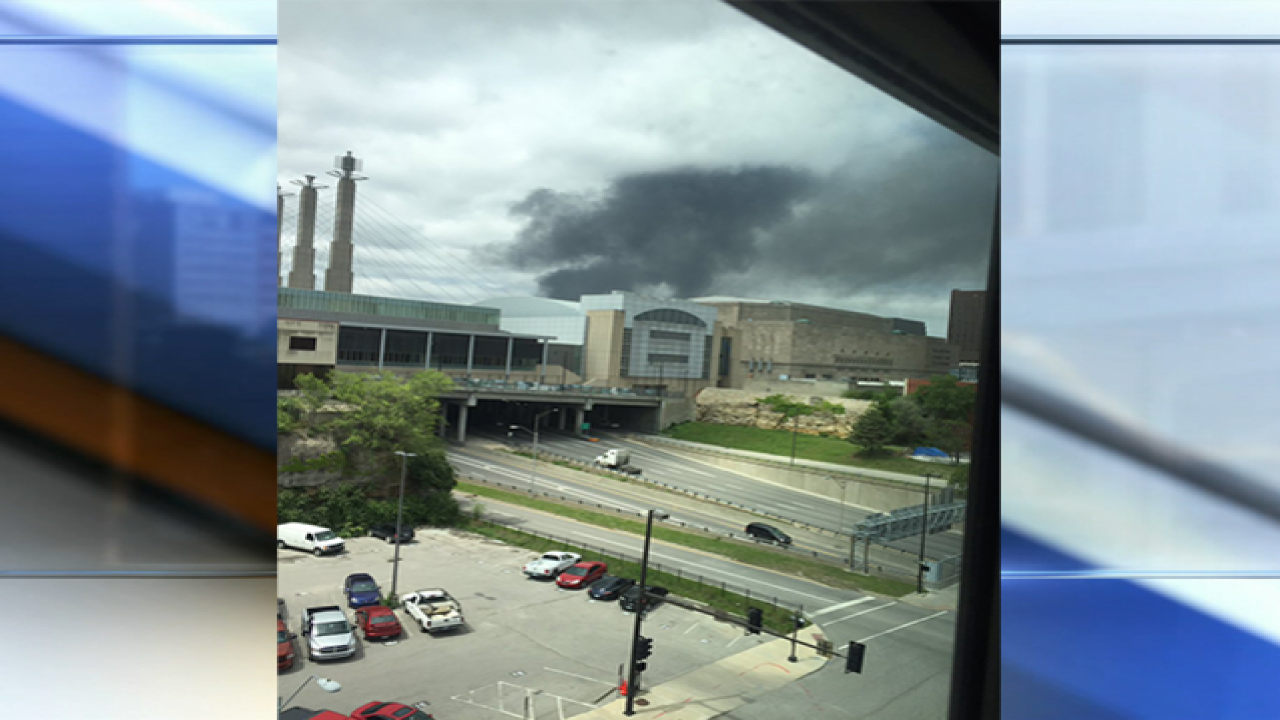 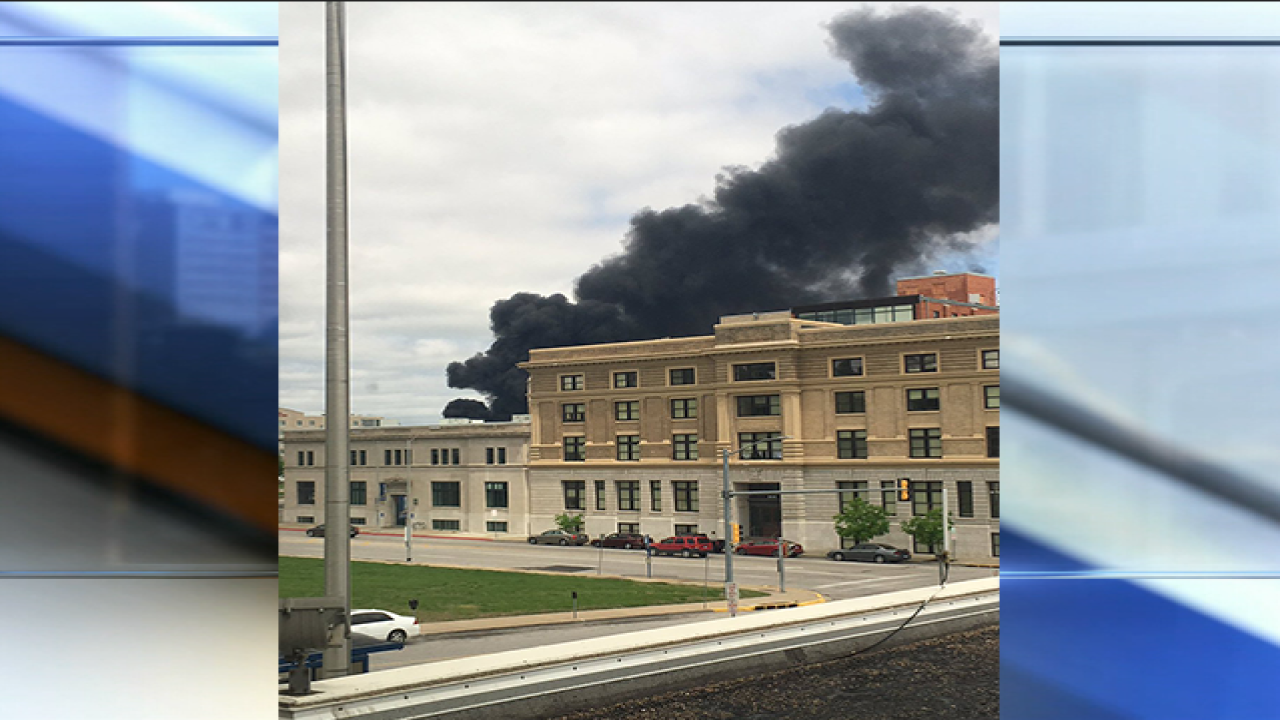 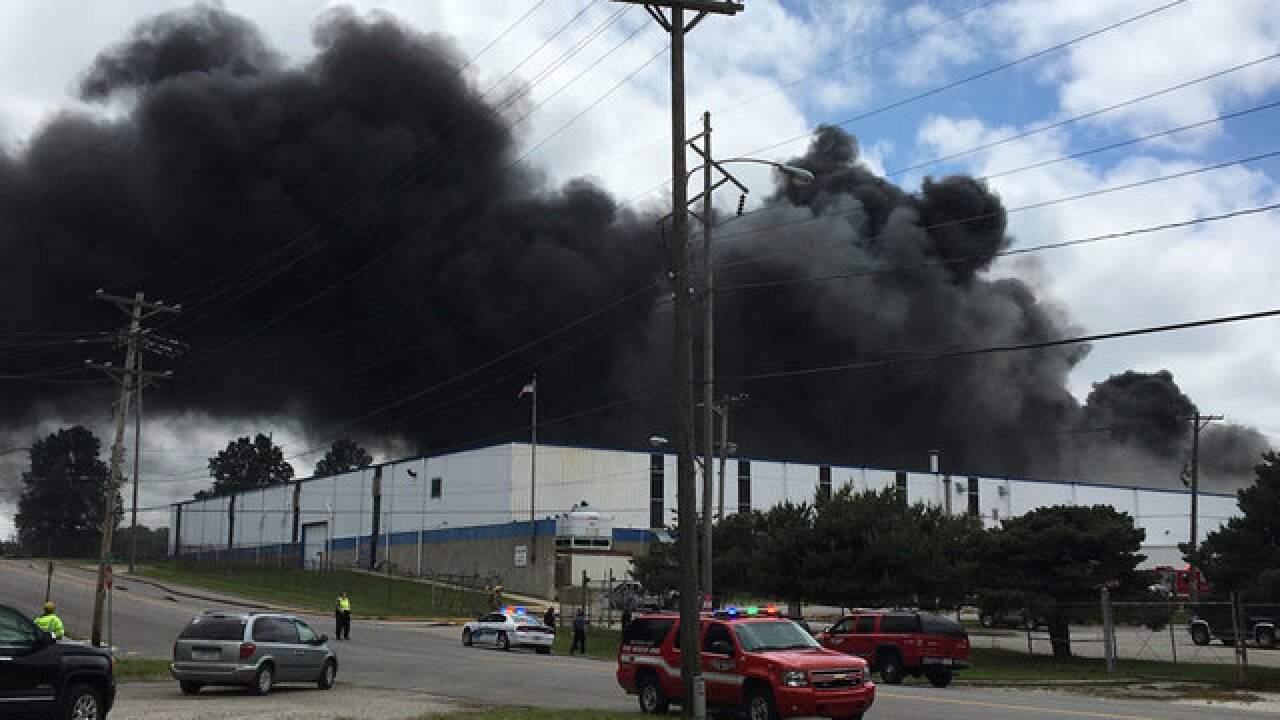 According to the fire department, the commercial building's bulk storage area, along with propane storage racks, were fully consumed by fire when crews arrived. The structure was exposed to heavy fire and heat.

The KCK Fire Department said in a news release crews were able to enter the building and stop the fire from spreading into the facility. The fire was under control within 30 minutes.

The news release says all the building's occupants were accounted for and no injuries were reported.

The estimated pre-fire value of the structures involved is estimated at $2.5 million.

The fire department said the fire is under investigation and remains so at this time.

Firefighters battled a large fire at a warehouse in Kansas City, Kansas on Thursday afternoon.

Thick black smoke could be seen from the ACH Foam Technologies warehouse, located in the 1400 block of North Third Street.

#BREAKING : Massive factory fire burning in #KCK , plumes of dark smoke can been from I-435 & Truman in #KCMO pic.twitter.com/DUBMcdfh8l

Crews had the two-alarm fire out by about 2:10 p.m. It was contained to the outside of the building. Seventeen fire trucks were on the scene.

The fire started on the inside of the building, firefighters said.

They decided to battle the inside fire first to protect multiple propane tanks, according to crews.

Many people reported seeing the fire from miles away.

@41ActionNews , any insight on this? Picture taken from Cerner WHQ in North Kansas City pic.twitter.com/cM2xbe5OzB