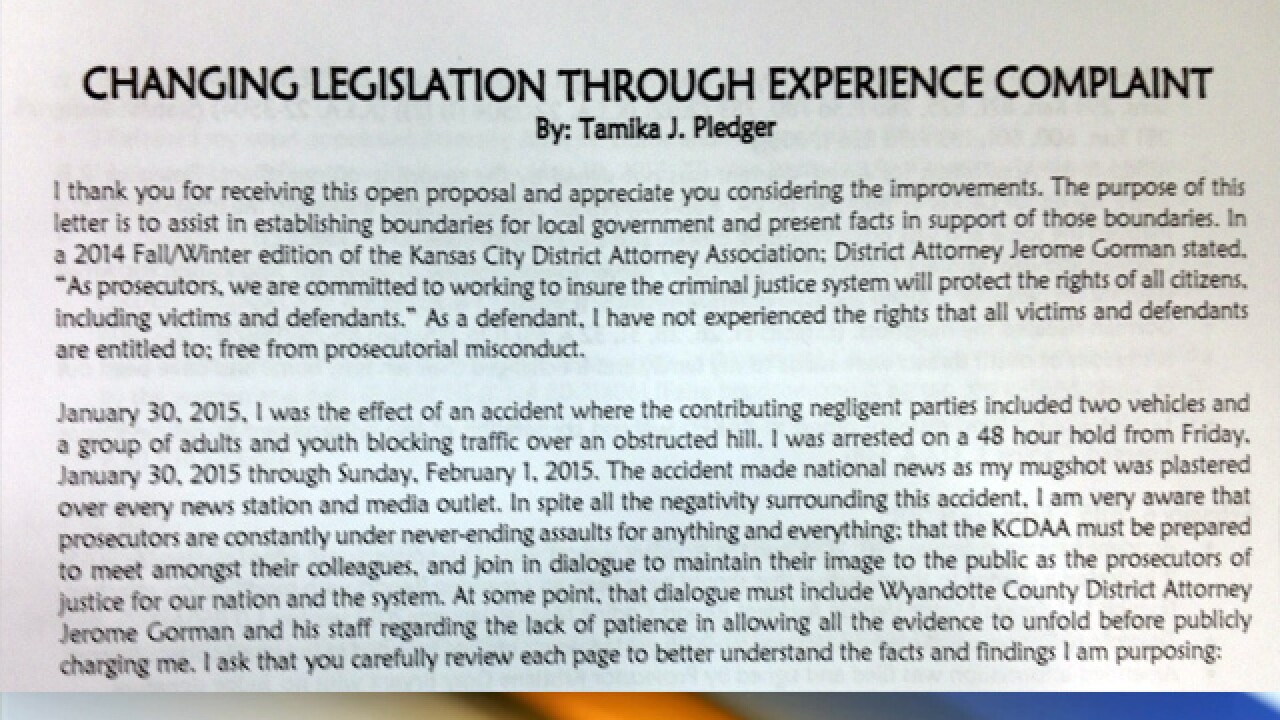 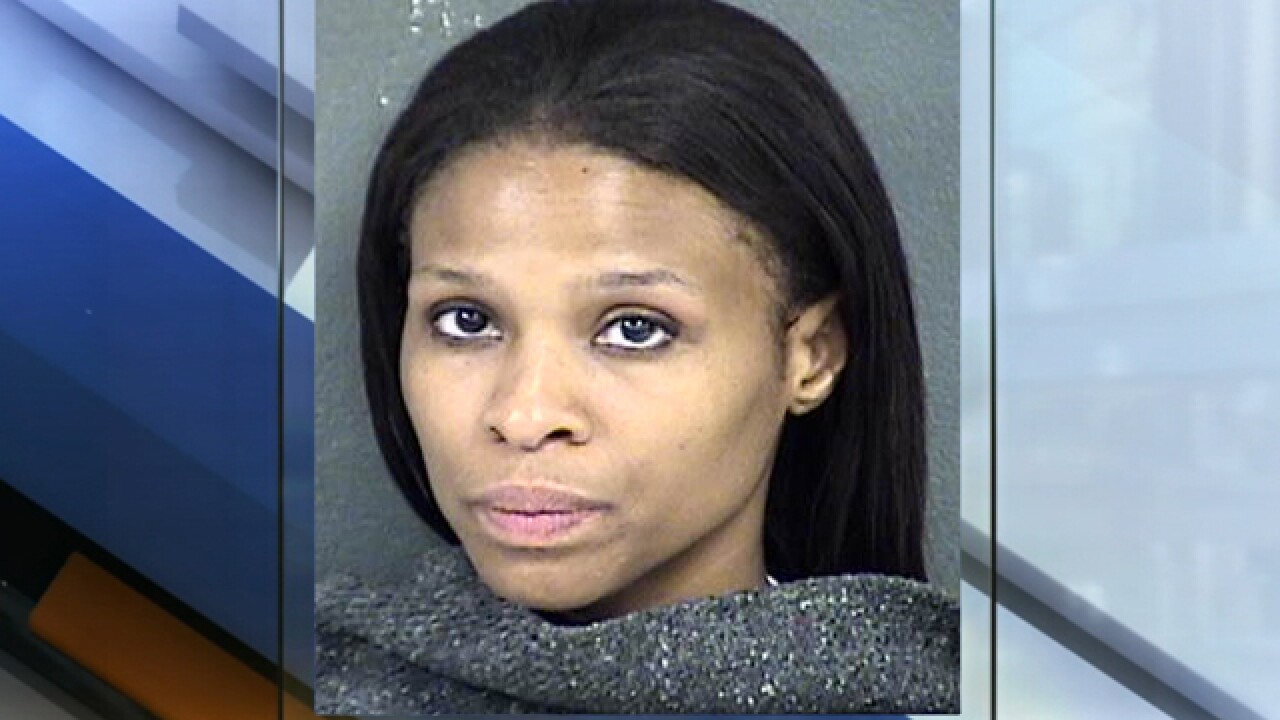 Tamika Pledger on Sunday released a 10-page document Sunday alleging prosecutorial misconduct and calling the teens she allegedly hit with her vehicle earlier this year “contributing negligent parties” who were blocking traffic.

She lists several complaints against the Wyandotte County District Attorney’s office in the document, including allegations they publicly smeared her name, illegally kept her in holding and did not follow various legal rules associated with her case.

Pledger, in the document, also includes a photograph of Ta’Mya Coulter, one of the victims, in a hospital bed.

Pledger was charged with involuntary manslaughter after she allegedly killed one teenager and hurt three others with her vehicle on the 1300 block of Troup Avenue on Jan. 30.

One victim, Tierra Smith, died from her injuries a week later.

Among the legislation includes "establishing a prosecutor's checklist" before charges can be filed against a defendant. She also calls for the establishment of what she calls "The Defendant's Handbook."

The Defendant's Handbook would be provided to anyone facing criminal charges in the State of Kansas. Her proposed handbook outlines the legal process and details involved with it.

She also calls for the passing of "Pledger's Care Law." This law would allow parents to have "Healthy Contact Visits" with their children in Kansas. She said her time in prison made her understanding "investing time into (her) children."

RELATED: Court docs reveal Tamika Pledger drove to scene where she allegedly hit 4 teens because of a fight

Pledger said her children should not have been exposed to the prison environment.

Pledger also said that city and county jail should be "unmerged" and that violations filed in District Court should be provided with "complete rules" to the defendant."

Nick Sloan can be reached at nick.sloan@kshb.com.