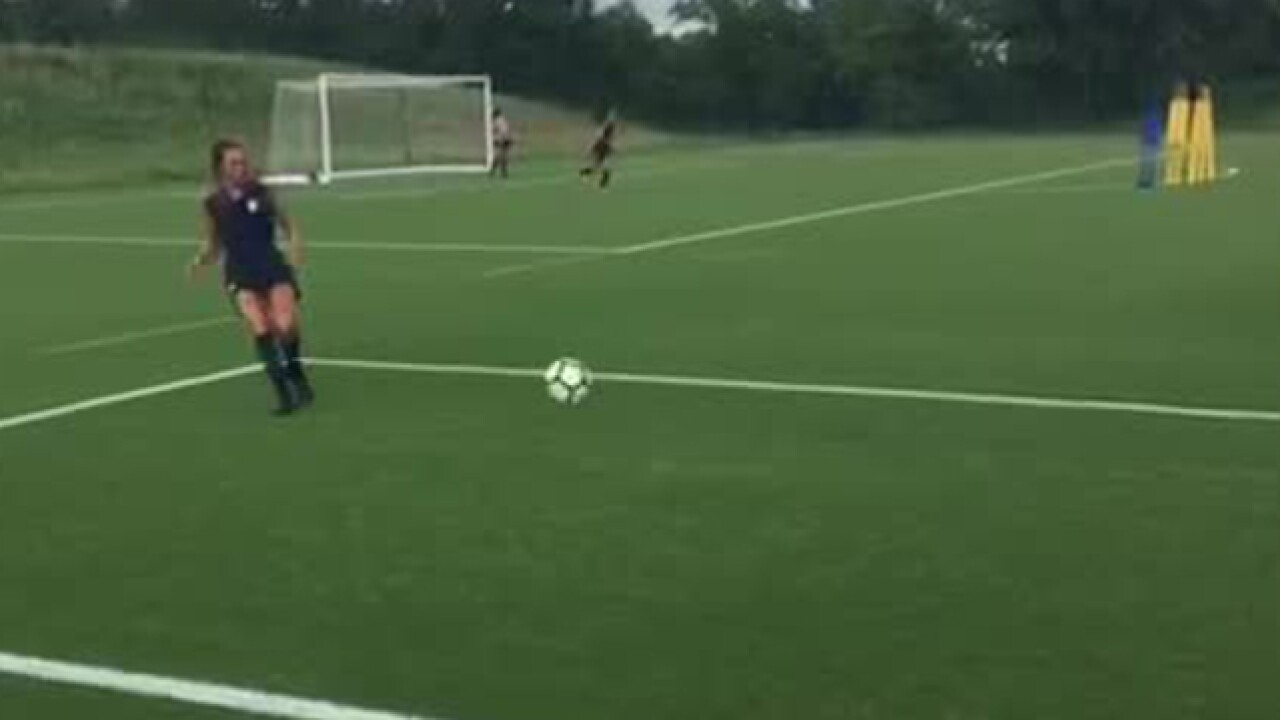 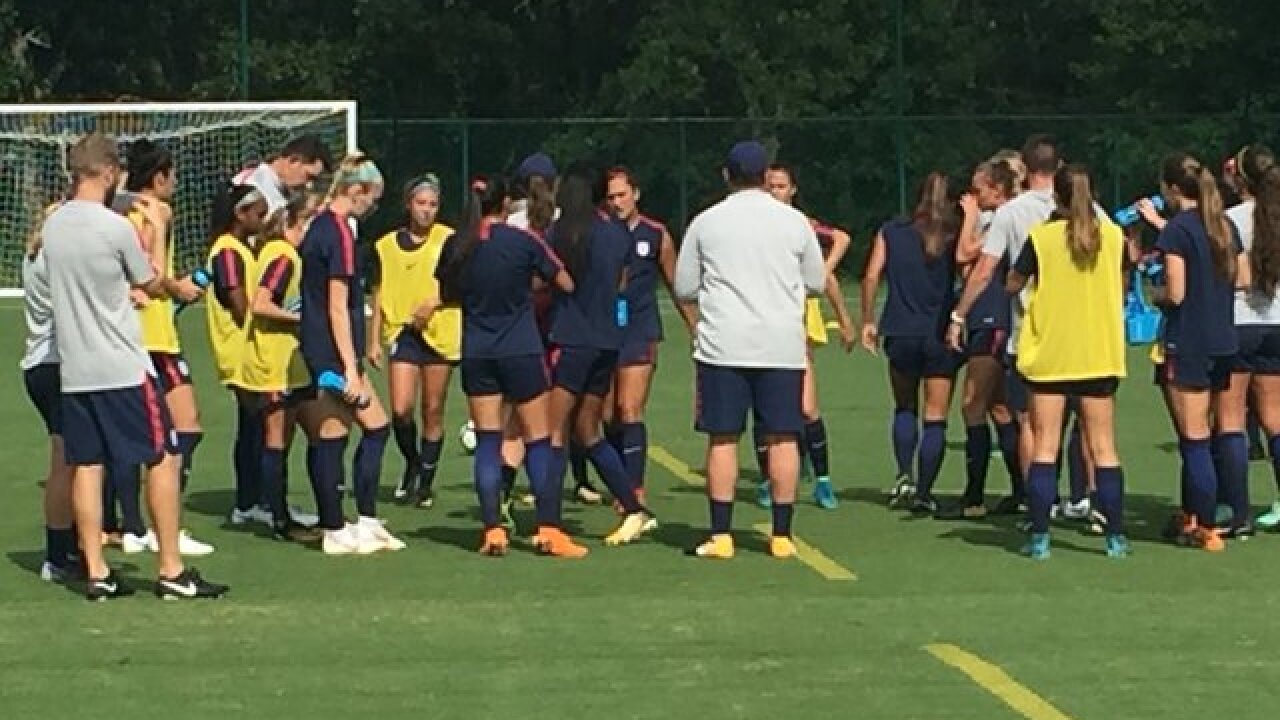 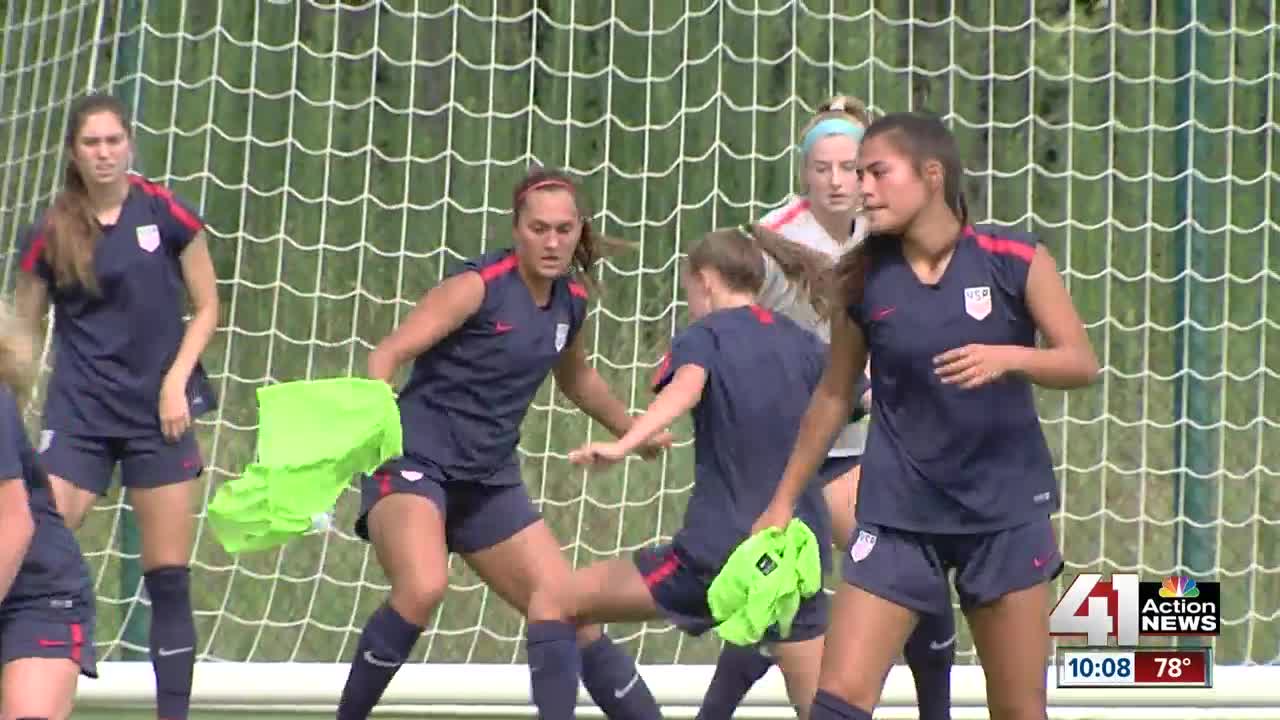 KANSAS CITY, Mo. — The United States U-17 women’s national soccer team will call the metro home this week as the team gets set for the U-17 Women’s World Cup later this year.

The team, composed of players in high school, held training at the new Pinnacle National Development Center in KCK on Wednesday.

U-17 @ussoccer team training in KCK today at new @PinnacleNDC .

Team will be in U-17 World Cup this November! pic.twitter.com/UlXsrb9gdR

The squad worked through shooting, passing, and defensive drills as they continued to get set for the world stage.

“We’re super honored just to be here and really humbled,” explained 16-year-old midfielder Hannah Bebar from Illinois. “All the girls are amazing.”

Players on the team come from all around the country and represent some of the country’s best young soccer talent.

Maya Doms, a 17-year-old midfielder from California, said being a part of the team served as a special opportunity.

“It’s an honor,” she explained. “Once you step on that field with that jersey it really feels like you’re representing the whole country.”

Drill for forwards on U-17 women’s @ussoccer team.
Training at @PinnacleNDC in KCK right now pic.twitter.com/O1hLC1BM9K

Aside from World Cup preparation, the U-17 team serves as a way to develop young players for the senior squad.

Doms told 41 Action News that possibly playing in this year’s U-17 Women’s World Cup would be a highlight of her career.

“It’s big for everyone,” she explained. “Everyone is fighting for a spot on the World Cup roster.”

The training marked the first time the National Development Center had been used by a U.S. women’s national soccer team.

The complex, a $75 million project, opened this past January.

The facility will serve as the official home for U.S. National Soccer program and the training grounds for Sporting KC.

With hi-tech gyms and state of the art equipment, U-17 coach Mark Carr said the facility was important for U.S. soccer.

“You just look around and there are world-class facilities,” he explained. “It’s about world championships and medals and I think you come in here and that’s the first thing that you notice is that expectation.”

The complex will also be used as a place for educating coaches and referees from all around the country.

On Wednesday, staff said the facility brought an impact to the metro beyond the soccer field.

“A lot of people are traveling to this area, maybe for the first time,” said Director of Coaching Education Barry Bauwels.

Moving forward, the U-17 team hoped the training being done this week would help lead them to a World Cup.

“It’s big for everyone,” Doms said. “Everyone is fighting for a spot on the World Cup roster.”

Next week, the U.S. national women’s senior squad will be in the metro as part of the Tournament of Nations.

The team will play Japan next Thursday at 6 p.m. at Children’s Mercy Park.