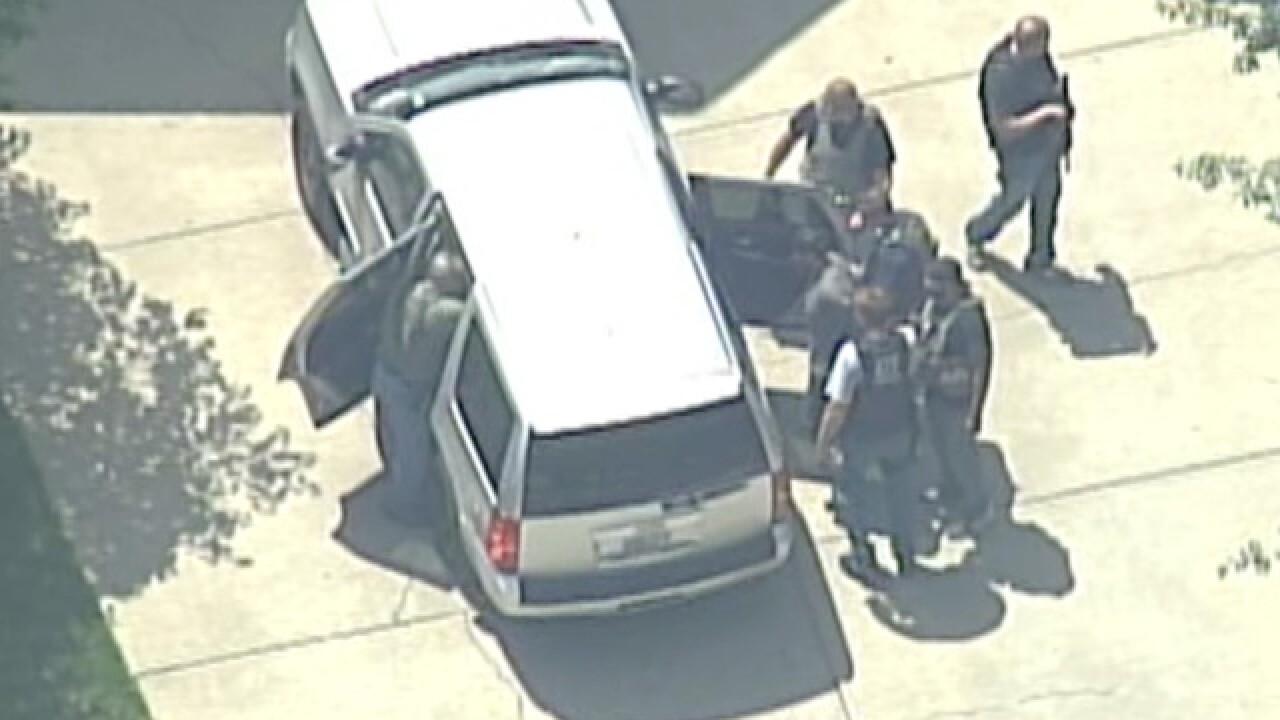 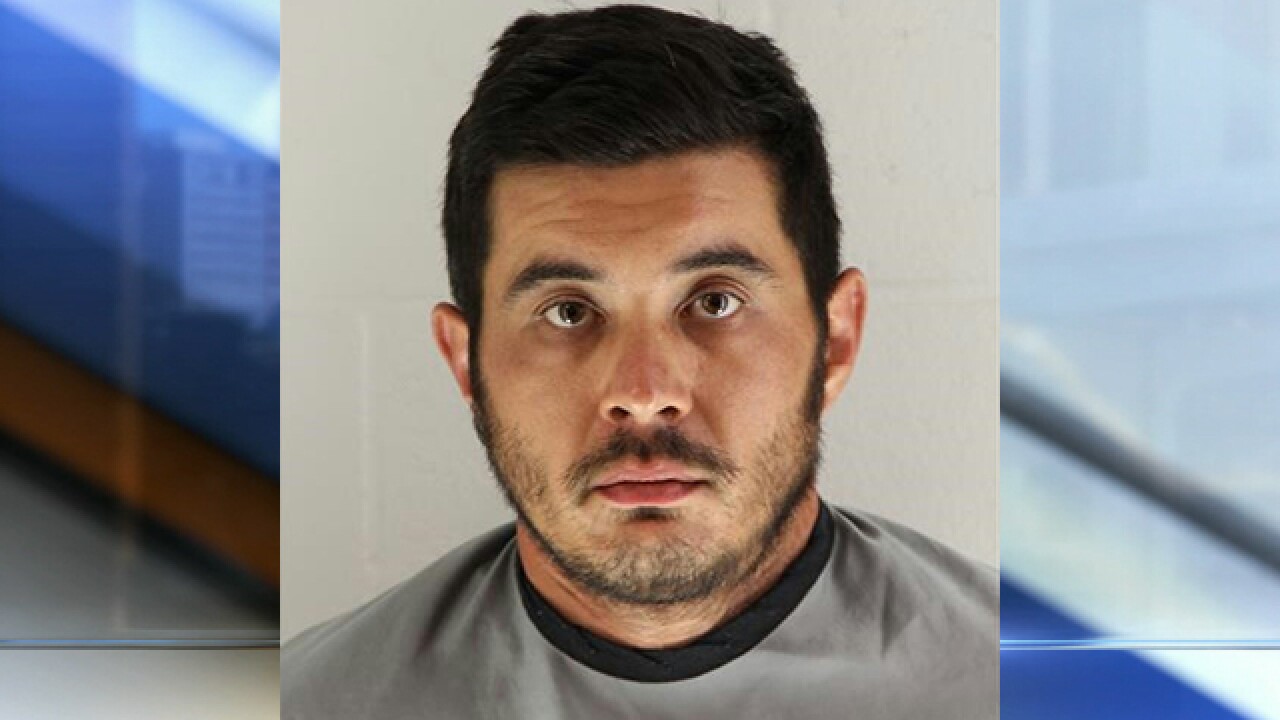 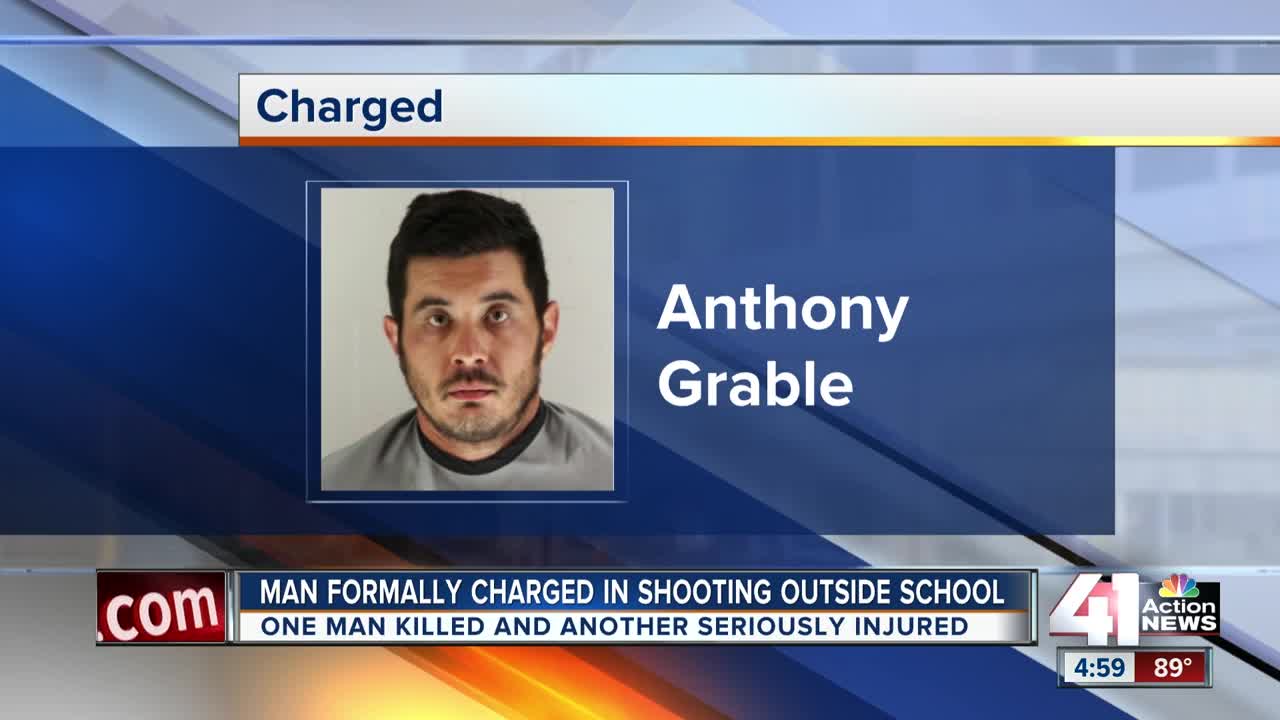 KANSAS CITY, Mo. — The Johnson County District Attorney’s office announced charges Thursday against the man accused of killing one man and seriously injuring another in a shooting at Overland Park’s Sunrise Point Elementary on Tuesday.

Grable is accused of killing co-worker Todd Davis and seriously injuring Efren Gomez, who remains in a medically-induced coma in critical condition at an area hospital. The three men were contractors working to install synthetic turf on the playground at Sunrise Point when witnesses told police they began arguing.

That’s when Grable allegedly shot Davis and Gomez before fleeing the scene.

The robbery and burglary charges stem from subsequent carjackings Grable allegedly committed while trying to get away.

Police later arrested him at a home near 160th and Rosewood.

Grable’s bond is set at $1 million. His first appearance was scheduled for Thursday at 1:30 p.m.

Grable appeared in court through a video feed at the New Century Detention Center. During his initial appearance, he asked for a public defender to represent him in the case. Grable declined comment when 41 Action News asked if there was anything he'd like to say.

Although Grable wasn't actually present at the Johnson County Courthouse, the family of the man he's accused of killing was there.

"I can't fathom that this would happen, especially at work," Todd Davis' son Tanner told media outside the courthouse.

He said Davis was an amazing dad who leaves behind three kids. The family set up a fundraising page to help pay for his burial since he did not have insurance.

"It's absolutely overwhelming to see the community behind us, the people that loved him, that love us," Tanner said.

He added that he was "thankful for the time" he was given with his father.