KANSAS CITY, Kan. — Two Wyandotte County sheriff's deputies have died after they were shot near the county courthouse Friday morning.

Overnight, KCK Police announced Deputy Theresa King, 44, died from her injuries.  She was a 13-year veteran of the department.

On Friday afternoon, authorities said Deputy Patrick Rohrer, 35, was also killed in the shooting. He was a seven-year veteran of the Wyandotte County Sheriff's Office.

Major Kelli Bailiff with the Wyandotte County Sheriff's Office said at 11:30 a.m. two deputies were transporting inmates to court. They pulled into the parking lot, ready to transport, and they were overcome. Bailiff said it's possible the two deputies were shot with their own guns.

The suspect was also shot and taken to the hospital in unknown condition. 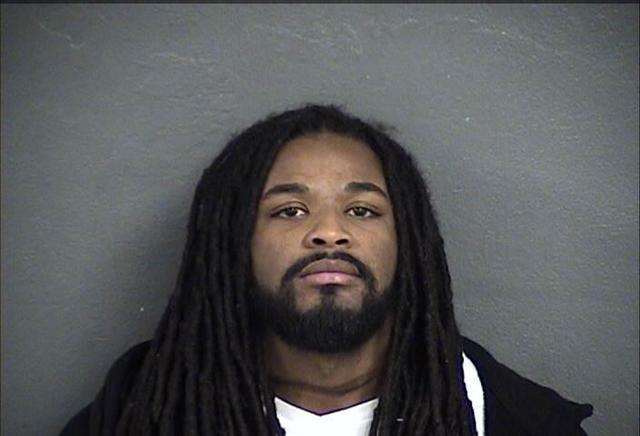 Sources tell 41 Action News the suspected shooter is Antoine Fielder. Booking info shows that Fielder has a jury trial for robbery charges coming up on July 30. He’s also been charged with murder, assault and armed criminal action in a December 2017 shooting in Kansas City, Missouri.

Fielder has also been charged with two counts of tampering with a witness. Prosecutors alleged that threats to witnesses contributed to two hung juries in a 2015 murder case.

KCK police are assisting the sheriff's office with the investigation. Police said detectives are going over surveillance video.

Kansas Governor Jeff Colyer released a statement saying he is praying for the victims and their families.

Kansas Senate President Susan Wagle tweeted out a statement saying she was "heartbroken" following the shooting:

The Kansas City Royals held a moment of silence in honor of Rohrer at Friday night's game.

Three years ago, Wyandotte County Sheriff's Deputy Scott Wood was shot by two men as they attempted to rob a 7-Eleven near 44th and Shawnee Drive. He spent several weeks recovering in the hospital.