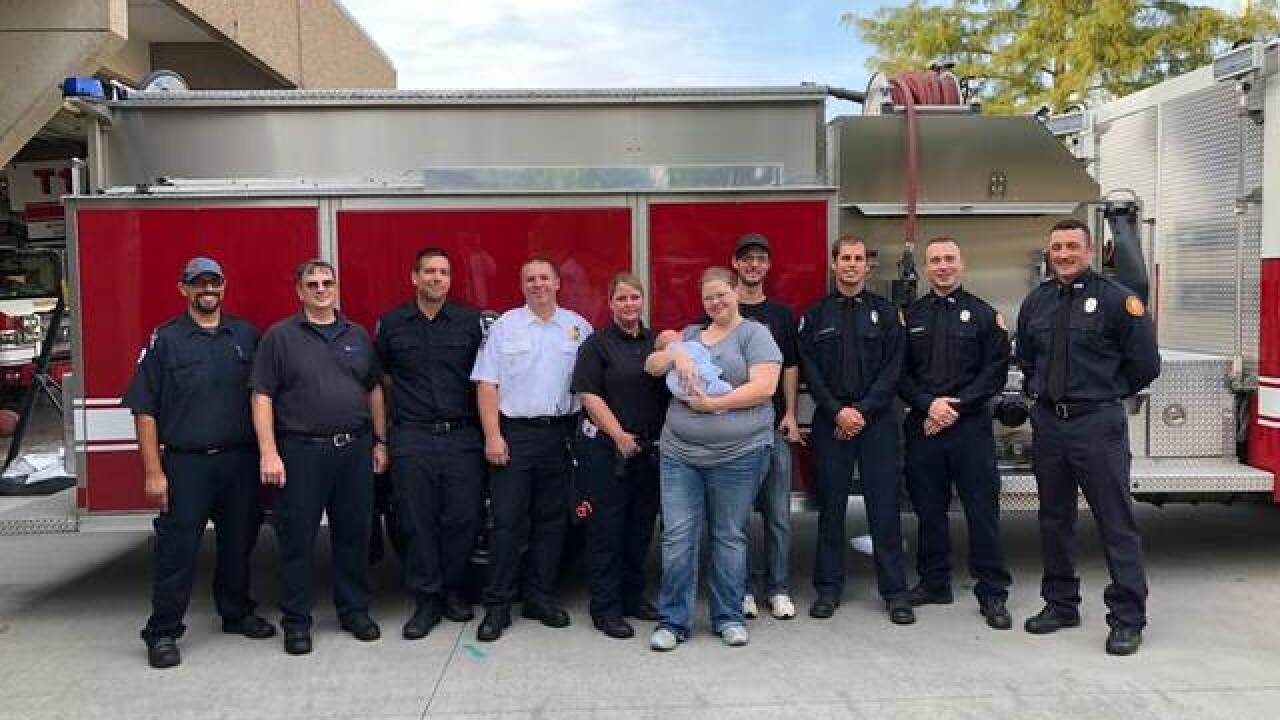 KANSAS CITY, Mo. — A group of Independence firefighters went out on a call they'll likely never forget last month where they helped a first-time mother through a difficult delivery.

The baby was breech but still in a hurry to enter the world, according to a release from the Independence Fire Department. Crews helped the mom deliver all but one shoulder and the head when they discovered the cord was wrapped around the baby's neck. One IFD crew member held the cord off the baby's neck while the AMR crew assisted in the delivery.

He was ultimately delivered successfully. Crews warmed, dried and provided oxygen for the baby before taking the child to a local hospital.

The new mom and her son were reunited with the crew who helped her through the stressful time on Monday.

“This was an extremely difficult and challenging delivery in the field,” Independence Fire Chief Doug Short said. “Our crews are prepared to respond in any emergency and that training resulted in a healthy baby and mom. This is a delivery no one will soon forget.”

Mayor Eileen Weir recognized the IFD and AMR crew members for their quick thinking and professionalism during the Oct. 1 Council meeting.

“The Independence Fire Department responds to thousands of medical calls each year and we are proud of their commitment to excellence which helped in this challenging situation,” Mayor Weir said. “We are proud to recognize this crew for their work, and glad mother and son are doing well.”