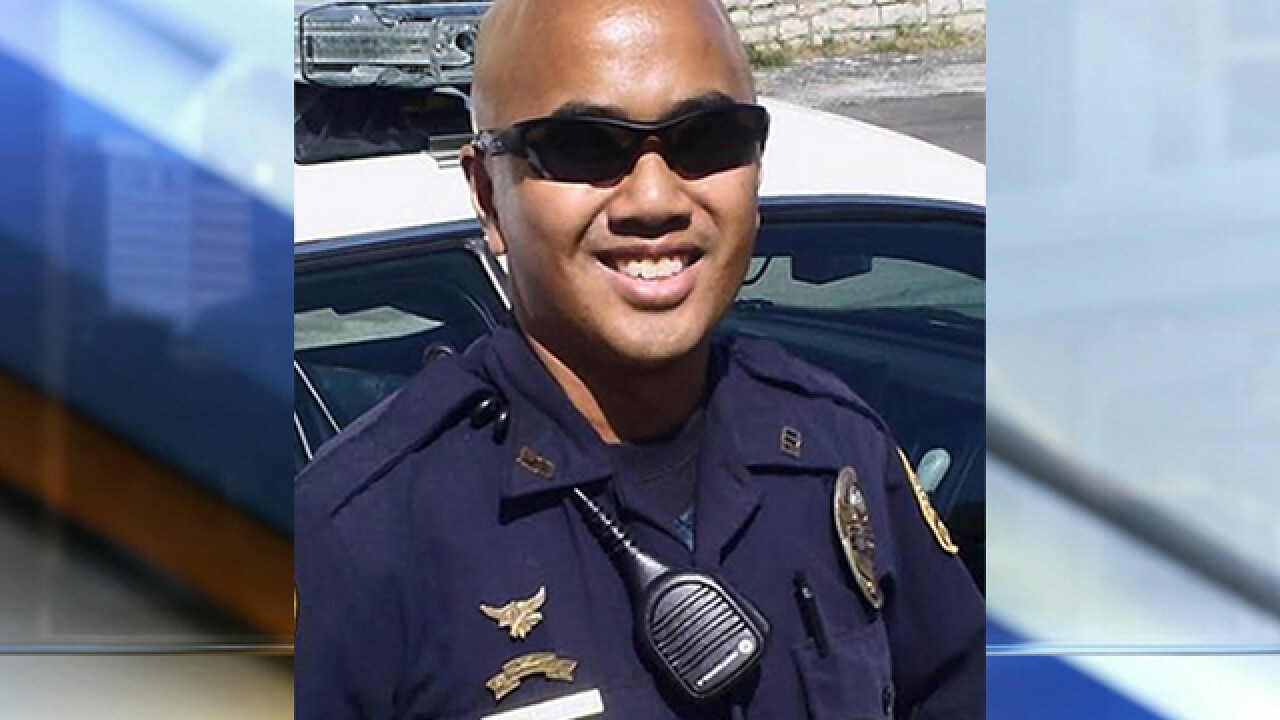 INDEPENDENCE, Mo. — Months after he was critically injured in a shooting, Officer Tom Wagstaff is going home.

He was shot in the line of duty in March 2017 when Independence police officers responded to a burglary in progress call. After eight months of rehabilitation, Wagstaff is returning home.

Ahead of his return, Independence police posted a video of Wagstaff thanking the community of its support.

Independence police said people are encouraged to join the department on Dec. 8 around City Hall, tentatively between 1:45 p.m. and 2:15 p.m., to welcome the police escort bringing Wagstaff and his family back to Independence.

On Dec. 9, people are invited to join the police department and special guests to honor Wagstaff at the First Baptist Church of Blue Springs, 4500 Little Blue Parkway, at 2 p.m. Wagstaff will be recognized and thanked for his actions.

Wagstaff has served with the Independence Police Department since May 2002.