Former ICE agent back in jail for alleged parole violation 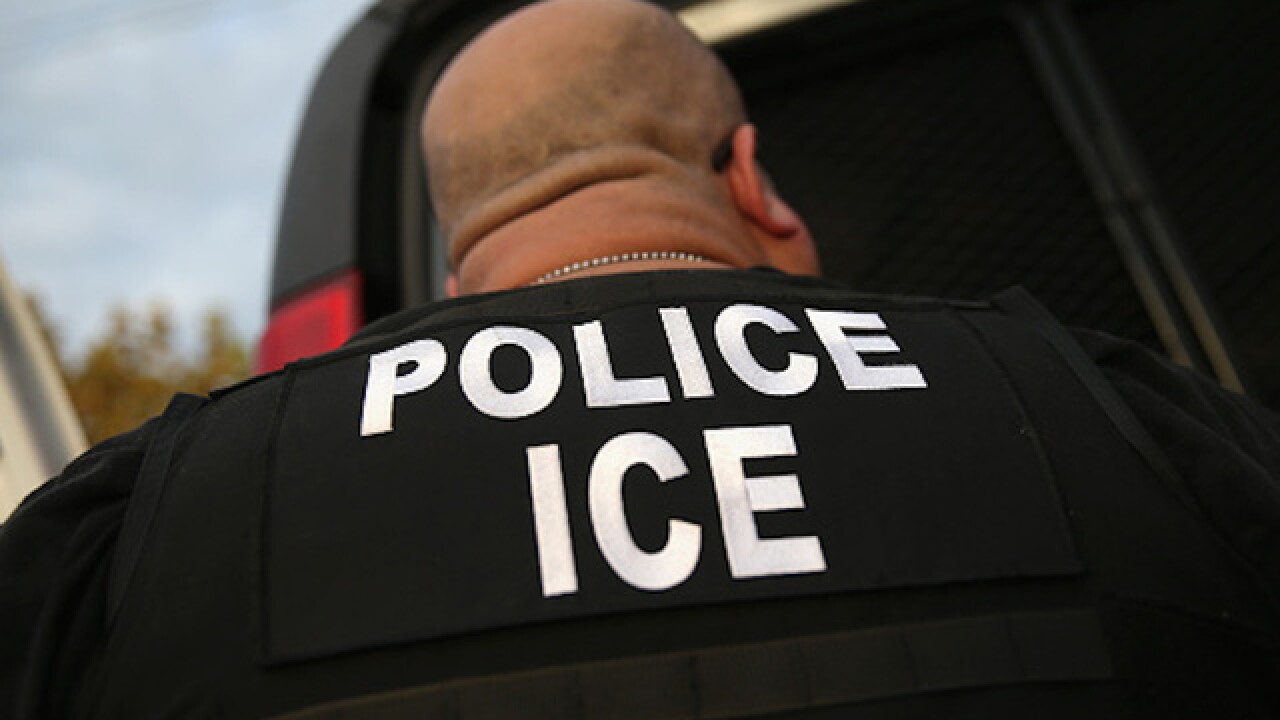 Copyright 2017 Scripps Media, Inc. All rights reserved. This material may not be published, broadcast, rewritten, or redistributed.
John Moore
<p>LOS ANGELES, CA - OCTOBER 14: U.S. Immigration and Customs Enforcement (ICE), agents detain an immigrant on October 14, 2015 in Los Angeles, California. ICE agents said the immigrant, a legal resident with a Green Card, was a convicted criminal and member of the Alabama Street Gang in the Canoga Park area. ICE builds deportation cases against thousands of immigrants living in the United States. Green Card holders are also vulnerable to deportation if convicted of certain crimes. (Photo by John Moore/Getty Images)</p>

WICHITA, Kan. (AP) — A former agent with the U.S. Immigration and Customs Enforcement who sent a Wichita television news anchor sensitive law enforcement material is back in jail after allegedly violating his parole.

A prosecutor said Wednesday Andrew J. Pleviak is a danger to his former colleagues and the community. The magistrate granted the government's request for detention.

Pleviak was sentenced in May to time served and a year of supervised release for exceeding authorized access to a government computer.

He was later ordered not to contact current or former employees of the Department of Homeland Security.

The government says Pleviak went to the home of his former supervisor on Sept. 9 and banged on the door, but left before a sheriff's deputy arrived.

His defense attorney says he has mental health issues.