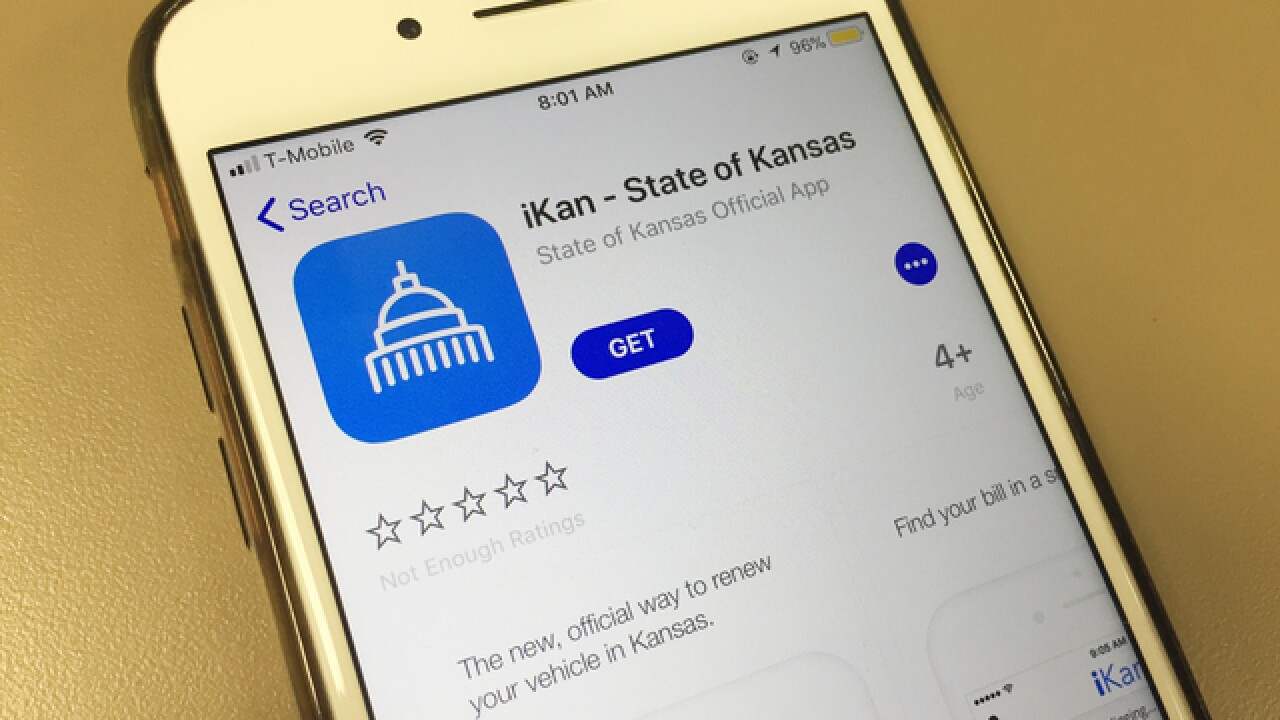 TOPEKA, Kan. (AP) — Kansas residents can now renew their vehicle registrations on a smartphone or other mobile device.

Gov. Jeff Colyer unveiled the "iKan" app in March, the  Lawrence Journal-World reported . It can be downloaded on mobile devices that have an iOS or Android operating system and can also be accessed online through a website.

The app only offers vehicle registration renewals for now, but officials hope to add other services, including voter registration applications or access to birth certificates.

"The launch of this exciting service will provide a noticeable change as far as the ease and transparency of government and the convenience of accessing central government services," Colyer said.

The app was developed by PayIt LLC, which creates digital platforms for customer transactions for governments. The app was extensively tested in Shawnee County, said CEO John Thomson.

"One of the things we believe in is accessibility, transparency, convenience," he said. "Consumer behavior patterns have changed dramatically over the last several years, and this is a response to that."

The data is secure from hackers and the information won't be sold or transferred to third parties, he said.

"Contractually, we do not share or sell any data," Thomson said.

The company was chosen to build the app through a competitive building process, said Donna Shelite the state's interim chief information technology officer. The contract didn't require the state pay the company upfront, she said. Instead, the app charges a $2 fee for each transaction, which will be paid to the company.