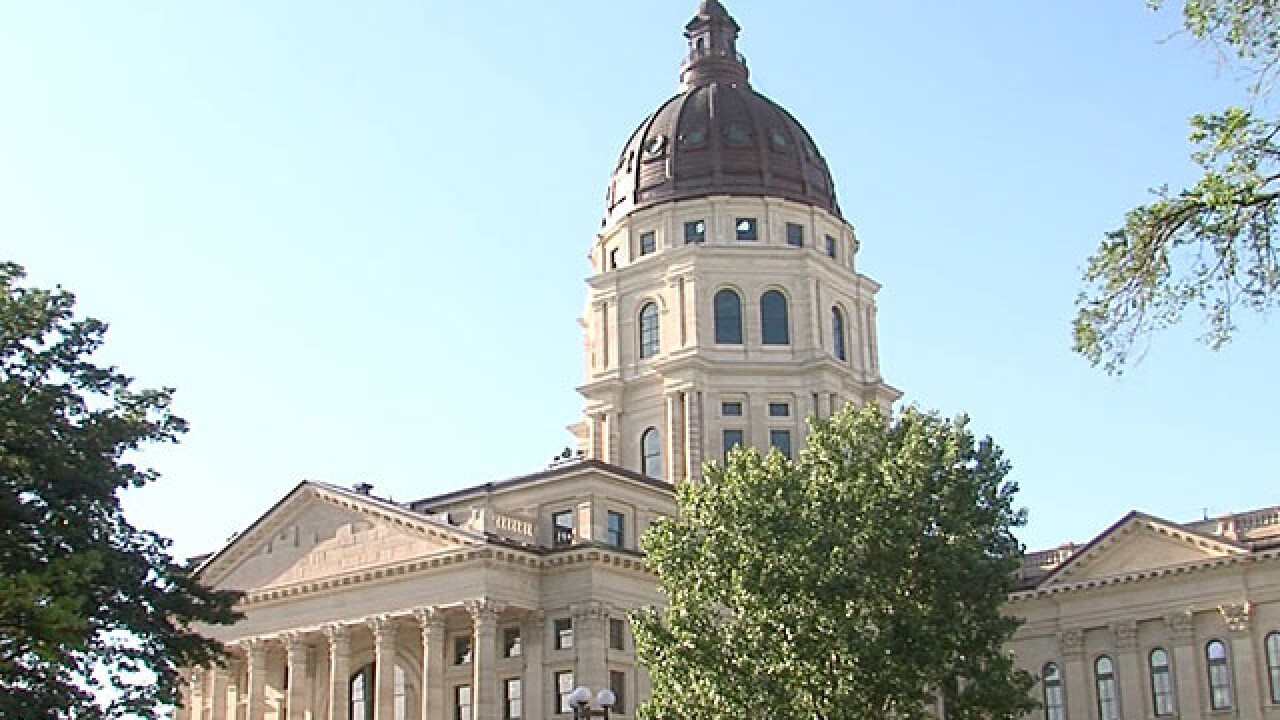 TOPEKA, Kan. (AP) — Medicaid expansion supporters in Kansas forced a debate Wednesday in the Republican-controlled Legislature on Democratic Gov. Laura Kelly's plan and showed they have enough bipartisan backing to advance it over GOP leaders' objections.

The House voted 69-53 to replace the contents of a bill dealing with rules for nurses with Kelly's plan for expanding Medicaid health coverage to as many as 150,000 more residents. The House suspended its debate so members could draft proposed changes to the expansion plan but expected to return to the bill later Wednesday and decide whether to give it first-round approval.

The vote showed that some version of expansion is likely to clear the House — a significant victory for supporters who've seen Kelly's plan remain bottled up in committees with no sense that a vote or even a hearing was coming. Republicans hold an 84-41 majority in the House, and Medicaid expansion opponents hold key positions, but 28 GOP members sided with the Democrats in supporting the expansion amendment.

"Don't you think at the end of the day that passes?" House Majority Leader Dan Hawkins, a conservative Wichita Republican and vocal expansion opponent, told reporters after the vote. "I would say it will change the dynamics."

Three dozen states have expanded Medicaid or seen voters approve ballot initiatives for expansion, including Republican-led Idaho, Iowa, Nebraska and Ohio. The federal Affordable Care Act of 2010 encouraged expansion by promising states that the federal government would pick up the bulk of the extra cost, 90 percent for Kansas if it starts in 2020 as Kelly proposes.

Supporters argue that an expansion will help families that cannot afford private health insurance, boost financially struggling rural hospitals and attract $1 billion or more a year in federal funds. They had a rally Tuesday at the Statehouse, hoping to build pressure on top Republicans to allow votes in both chambers.

"This is our chance, today," said state Rep. Kathy Wolfe Moore, the Kansas City Democrat who proposed the expansion amendment. "We absolutely cannot let this chance slip through our fingers."

Kansas resisted Medicaid expansion because former Republican Govs. Sam Brownback and Jeff Colyer and many GOP legislators were strong critics of the 2010 health care overhaul championed by former President Barack Obama, a Democrat. Medicaid expansion supporters passed a bill in 2017 with large bipartisan majorities, only to see Brownback veto it.

Critics like Hawkins argue that Kelly and other backers are underestimating the state's possible costs. Kelly's administration has projected $34 million in net costs for the state in the first full year of expansion, but the nonpartisan, nonprofit Kansas Health Institute projected $47 million in net costs. And some GOP legislators believe the institute's figure is too low.

Some Republican lawmakers also question whether the federal government will keep its funding promises indefinitely, given its own budget problems.

"You really think that legislators are going to remove 150,000 people from services if the feds reduce the amount?" said House health committee chairwoman Brenda Landwehr, a conservative Wichita Republican and expansion foe. "It's a big unknown."

Forcing a debate required some GOP lawmakers to break with their leaders publicly on a procedural vote where Republicans often show unity. When Wolfe Moore proposed her amendment, the GOP-led Rules Committee declared it out of order, a move that has stymied big debates in the past. However, the House voted 62-55 to overturn that decision.