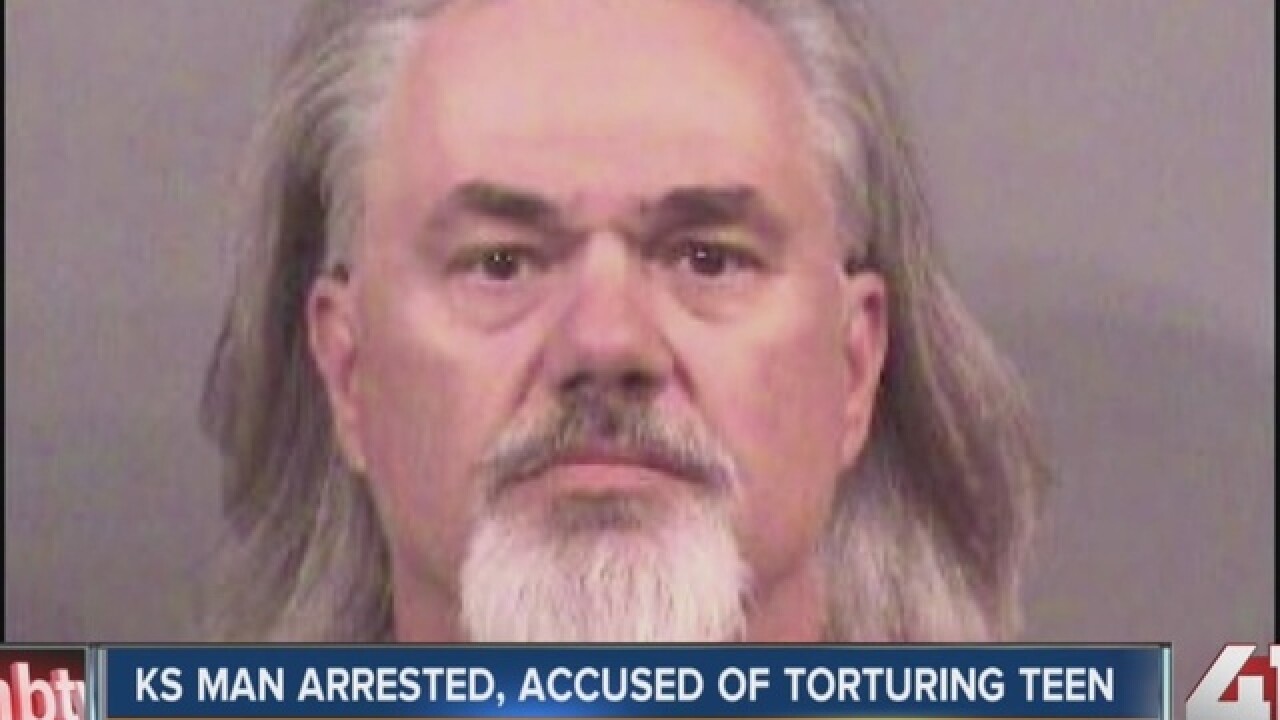 A 58-year-old man was arrested after a teenager told police he was abducted at gunpoint and tortured.

The Wichita Eagle reports the 15-year-old was walking around midnight on Saturday or early Sunday morning when someone came up from behind and put a gun in his back.

Police Lt. James Espinoza says the person led the teen to a garage and tied him to a trailer hitch attached to a van. The boy says the man attached jumper cables to his ears and shocked him repeatedly while asking him who had stolen the man's wallet.

Espinoza says the suspect eventually released the teen, who went home and told his father what happened.

58-year-old Robert McDowell was booked Sunday into the Sedgwick County Jail on suspicion of aggravated battery with intent to cause great bodily harm and kidnapping.