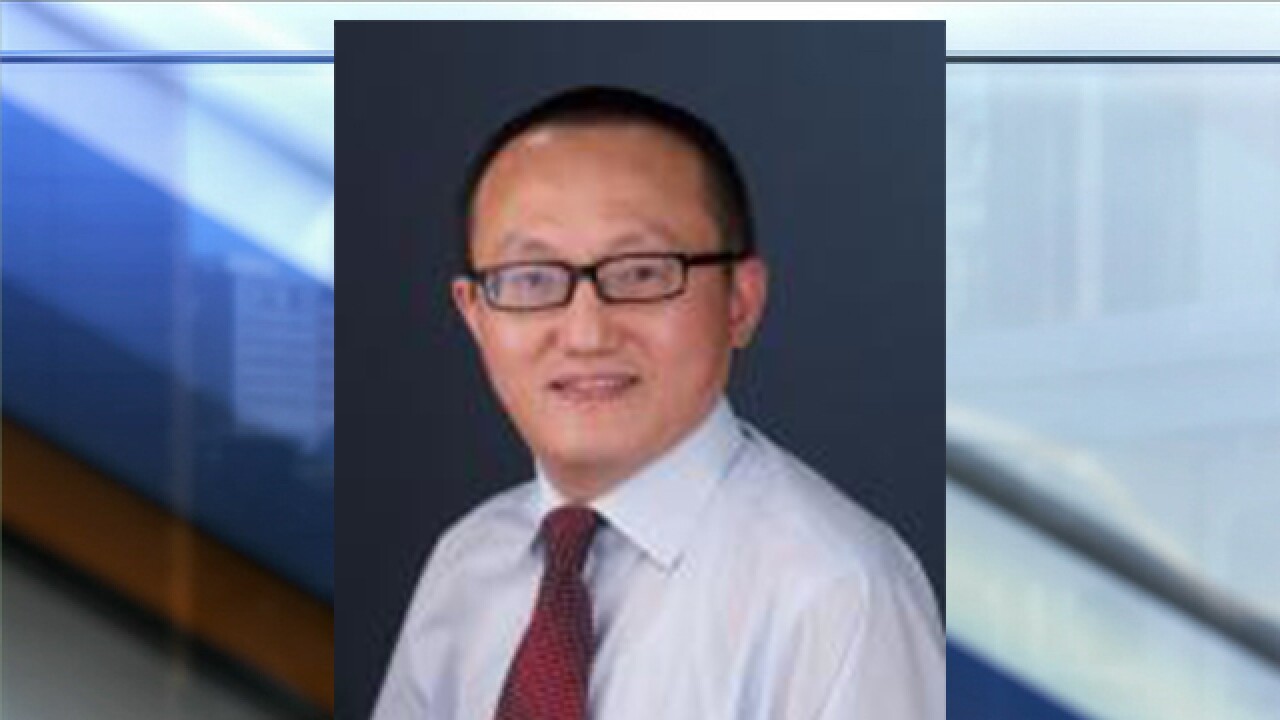 WICHITA, Kan. — An associate professor in Kansas accused of secretly working for a Chinese university contends in a court filing that a visiting scholar fabricated the allegations against him after unsuccessfully trying to extort him for $300,000.

Attorneys for Feng “Franklin” Tao filed a motion on Sunday seeking to dismiss the federal indictment charging him with one count of wire fraud and three counts of program fraud. It alleges the Lawrence man was working full time for Fuzhou University in China while also doing research in Kansas on projects funded by the U.S. government and then failed to report it on a conflict-of-interest form.

Tao contended in his court filing that he never accepted the offer for a teaching position in China and therefore had no obligation to disclose it as a conflict to the University of Kansas.

The defense filing alleges that an unpaid visiting scholar was angry at Tao because she thought she should have received greater credit as a co-author on certain research manuscripts at the Kansas university. After Tao would not change the attribution, she demanded he pay her $300,000 or else she would falsely accuse him of economic espionage, his attorneys wrote.

That court filing also included as exhibits emails from the scholar, including one dated April 21 in which she wrote, “Do not consider it too much. You ruined my future.” Another sent the next day warned that “when anything that belongs to me is taken away, my counterattack will be very strong and very extreme.”

The woman filed authorship dispute complaints to the Office of Integrity and Compliance and with the university’s Internal Audit Office on June 4, and 15 minutes later emailed Tao saying, “it seems the term ‘tech spy’ is very popular nowadays. You should be careful. I have given you many chances and you didn’t care.”

Tao’s attorneys wrote in their court filing that the woman later admitted to the FBI that she hacked into Tao’s email account to fish for “evidence” she could provide the FBI. The defense contends she used phony aliases to make false complaints to both the university and to the FBI.

Her lies to the FBI “succeeded in wreaking her revenge,” Tao’s attorneys wrote. The FBI immediately opened a grand jury investigation, which culminated in Tao’s arrest and indictment. Rather than prosecuting the visiting scholar for extortion, false statements and computer fraud — and notifying Tao that he was the victim of a federal computer crime — the government instead charged Tau with fraud for failing to disclose to his university the job offer from China, according to the defense motion.

Jim Cross, the spokesman for the U.S. attorney’s office in Kansas, said in an email that prosecutors are evaluating the defense motion and will be responding in court.

The visiting scholar, who has not been charged with any crimes, did not respond to an email from The Associated Press seeking comment.

Tau, an associate professor of engineering at the University of Kansas, was born in China and moved to the United States in 2002. He has been employed since August 2014 at the Kansas university's Center for Environmentally Beneficial Catalysis in Lawrence. The center conducts research on sustainable technology to conserve natural resources and energy.