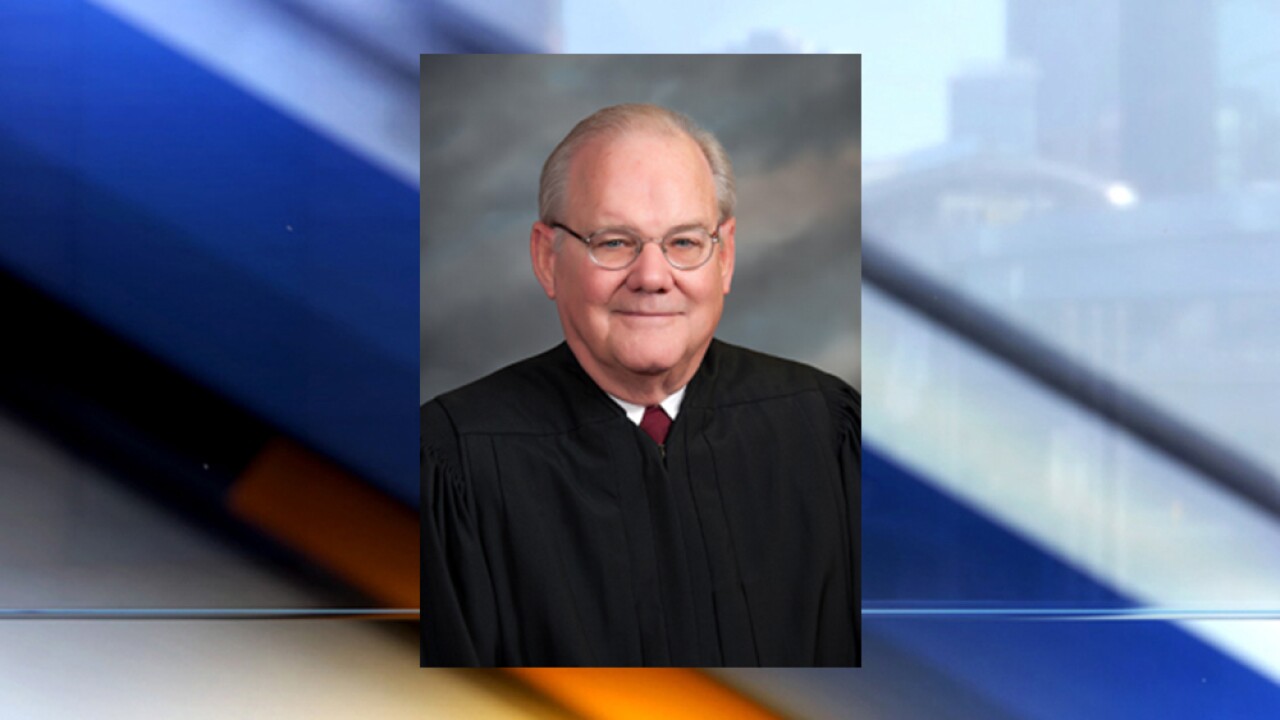 TOPEKA, Kan. (AP) — A Kansas Supreme Court justice whose votes for abortion rights and against the death penalty made him a political target plans to retire in three months, allowing Democratic Gov. Laura Kelly to name a replacement before the Republican-controlled Legislature can intervene.

Justice Lee Johnson announced Wednesday that he will step down Sept. 8 after more than 12½ years on the state's highest court. Johnson is 72, but Kansas law would have allowed him to put his name on the ballot again in 2020 for a statewide, yes-or-no vote on whether he remained on the court for another six years, until January 2027.

Johnson was part of a 6-1 majority that in April declared access to abortion a "fundamental" right under the state's Bill of Rights. He has voted multiple times to overturn convicted murderers' death sentences and argued that capital punishment itself violates the Kansas Constitution. He joined other justices in ordering six increases in public school funding within the past six years.

His departure will give Kelly her first appointment to the seven-member court since she took office in January, and her choice will not be subject to Kansas Senate confirmation. Many Republican lawmakers were already expecting to push for changing the selection process after the Legislature reconvenes in January.

"We're not likely to get anyone that we can live with," said Mary Kay Culp, executive director of the anti-abortion group Kansans for Life. "Because there's no Senate oversight, there's not a lot we can do about it."

Johnson's willingness to overturn death sentences led victims' friends and family members to organize a campaign to oust him from the bench in 2014, and his "yes" percentage that year was less than 53 percent, which is abnormally low. Kansans for Life would have tried to oust him next year, "definitely, no question," Culp said.

Johnson told The Associated Press on Wednesday that the political climate surrounding the court's rulings in high-profile cases wasn't a factor in the timing of his retirement. He said he decided after voters kept him on the bench in 2014 that he wouldn't stand for another vote.

"There were a number of cases in which I was invested that I didn't want to leave until we got completed, like school finance, and several of those got wrapped up, and it just seemed like a good time," he said.

Johnson served in the Army Corps of Engineers, worked as an insurance agent and served as mayor of his south-central Kansas hometown of Caldwell before starting law school in 1977. Moderate Republican Gov. Bill Graves appointed him to the state Court of Appeals in 2001.

Democratic Gov. Kathleen Sebelius elevated him to the Supreme Court in January 2007, making him one of four current justices she appointed. Two others were appointed by Graves and one was chosen by conservative Republican Gov. Sam Brownback.

But many Republican lawmakers and conservative activists increasingly have come to view the Supreme Court as too liberal and too political as it has checked the Legislature and, before Kelly's election, GOP governors.

"It seems like the whole country's a little more polarized," Johnson said. "My personal opinion is that social media has made it easier to criticize because you don't have to do it face-to-face. You can do it anonymously."

Many conservative legislators blame the selection process for what they view as the Supreme Court's liberal tilt.

A nominating commission screens applicants and names three finalists for the governor, who makes the appointment, with no role for legislators. Five of the commission's nine members are lawyers elected by other lawyers; the other four are appointed by the governor.

Voters decide in a yes-or-no ballot question every six years whether a justice remains on the court.

The process is set by the state constitution. Changing it would require two-thirds of the Legislature to approve an amendment and a simple majority of voters to ratify it.

By contrast, the process for lower-court judges is set by state law and is easier to change.