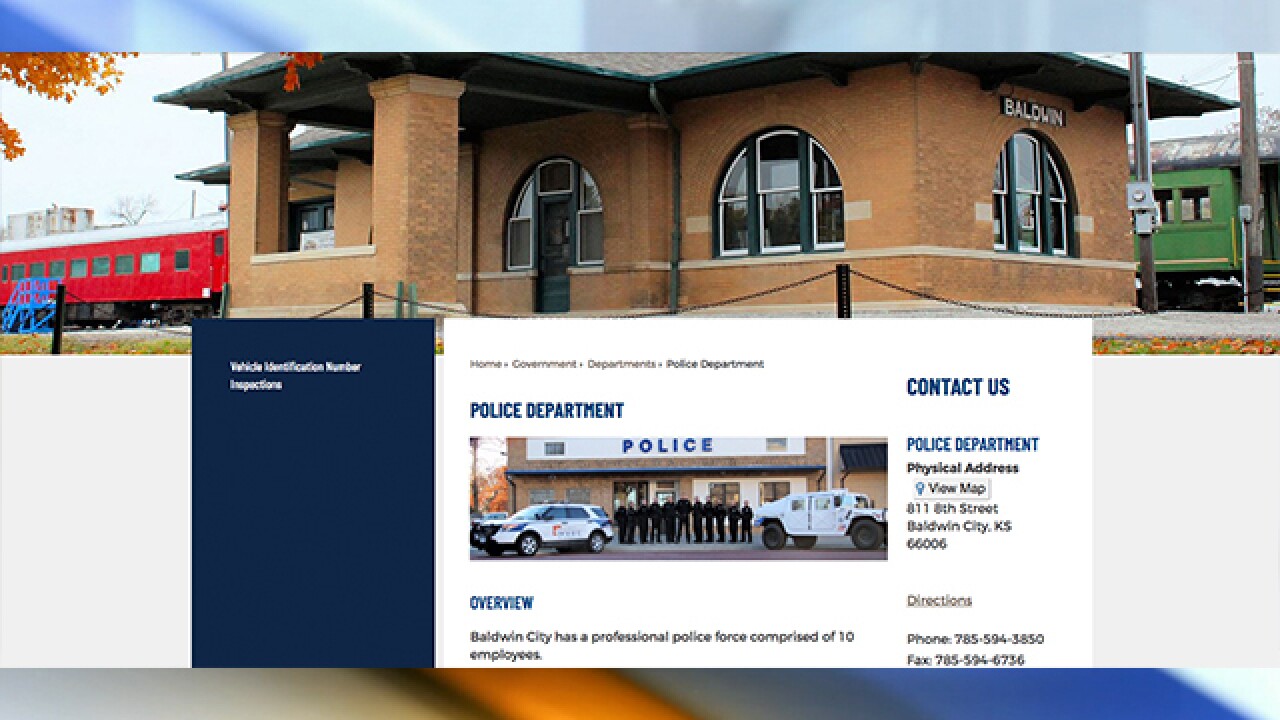 KANSAS CITY, MO. - The Kansas Bureau of Investigation confirms it has opened an investigation into the Baldwin City, Kansas Police Department.

"On Sept. 6, the KBI opened an investigation into allegations made against personnel from the Baldwin City Police Department,'' according to a statement from the KBI. "The investigation is ongoing. Currently no arrests have been made and no charges have been filed.''

The city's website says there are 10 members of the police department.

The city is looking for a new police chief.

He was scheduled to retire in March 2019.

The city had already posted the opening for the chief's job when Neis announced he would retire in March.