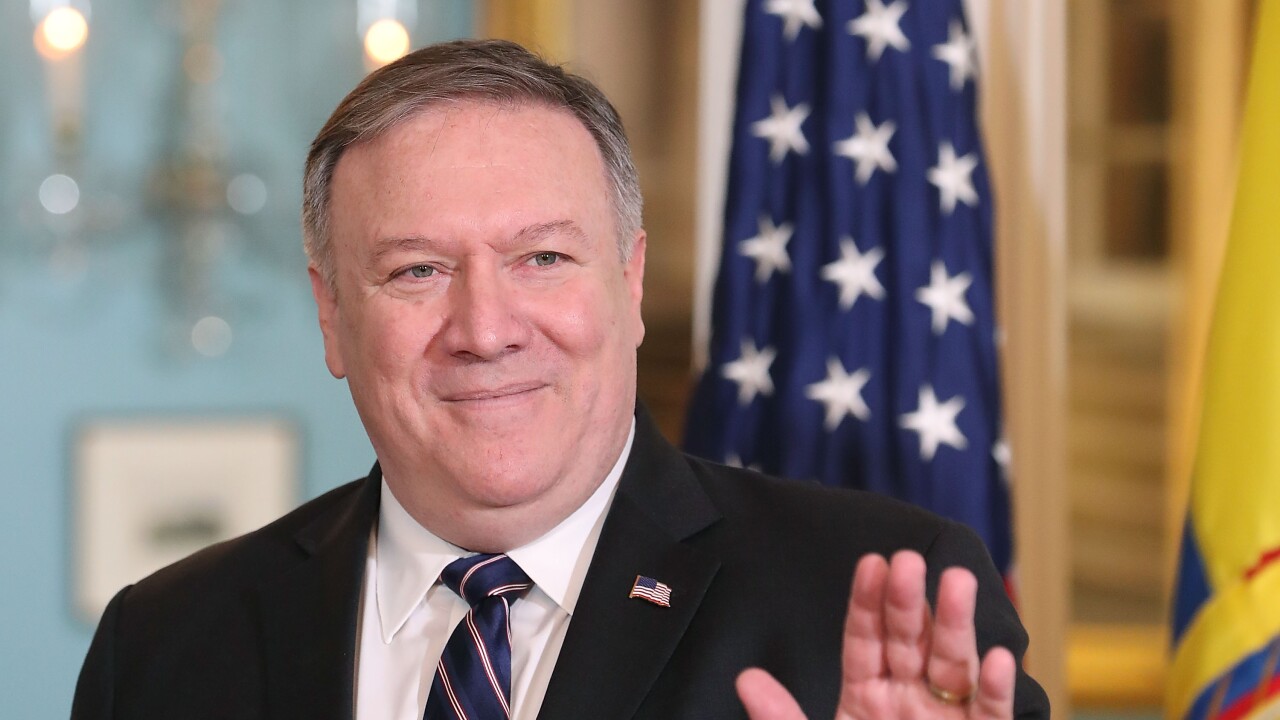 WASHINGTON (AP) — Secretary of State Mike Pompeo appears to be ruling out a Kansas Senate race in 2020.

Pompeo, who represented Kansas' 4th Congressional District from 2011 to 2017, said he'll serve as secretary of state as long as President Donald Trump wants him to.

Pompeo was asked on NBC's "Today" show Thursday if he's interested in running for the Senate and replied, "I love doing what I'm doing." When an interviewer said Pompeo sounded as though he wasn't ruling it out, Pompeo said, "It's ruled out."