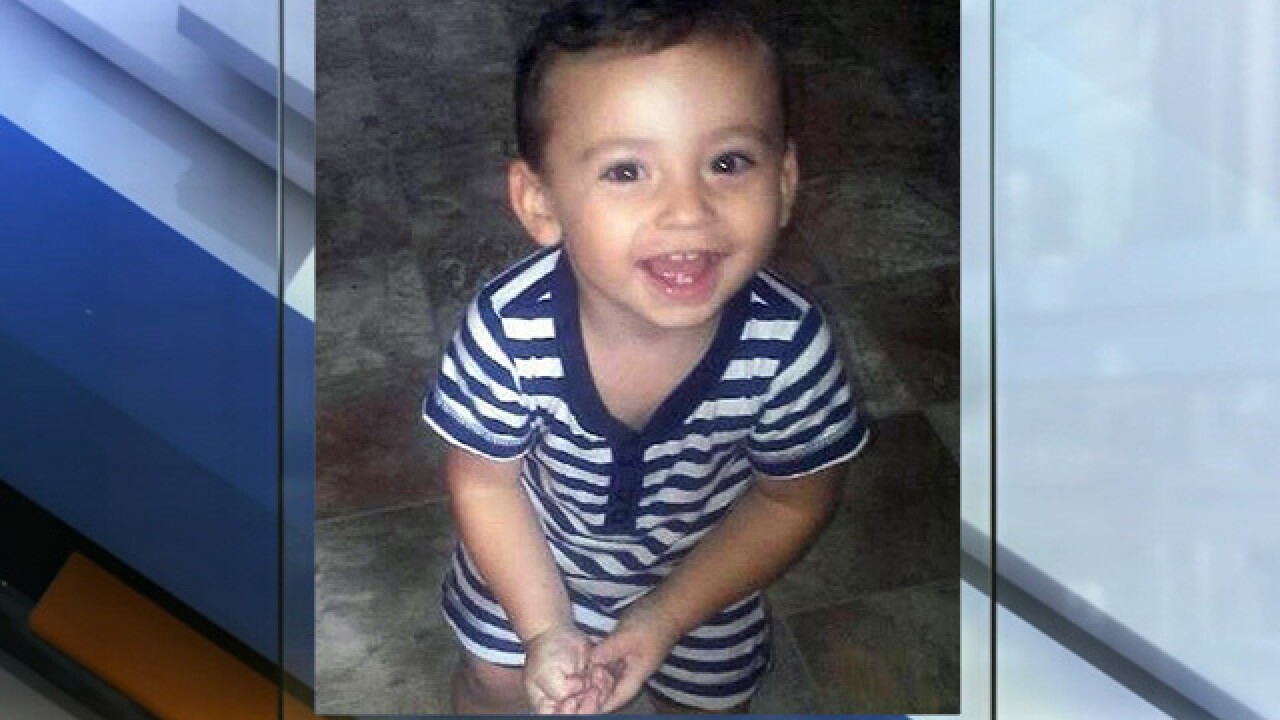 WICHITA, Kan. (AP) — A 3-year-old Kansas boy whose body was found encased in concrete last year sometimes was forced to stand naked in the basement of his home with his hands behind his back and a belt around his neck, and he was taunted and slapped while he screamed and cried, video and audio recordings played Monday in court revealed.

The recordings were presented by prosecutors in a preliminary hearing for Stephen Bodine, who is charged with first-degree felony murder in Evan Brewer's death. The boy's body was found in September encased in concrete in the laundry room of a Wichita rental home where he lived with his mother and Bodine, who was his mother's boyfriend.

Miranda Miller, who is also charged with first-degree murder in her son's death, testified Monday that Bodine killed the boy at the home while she was there, The Wichita Eagle reported. Earlier Monday, Miller waived her preliminary hearing and pleaded not guilty. She acknowledged on the witness stand that she shared responsibility for Evan's death.

Miller testified that Evan died sometime between May 18 and May 22 or 23. She said on the day he died, Evan was being punished for not eating and Bodine hit the boy so hard he became unresponsive. She said Bodine took Evan into the bathroom and she tried CPR on the boy for 45 minutes.

She said the next thing she remembered was waking up and asking about her son. She said Bodine told her that Evan had gone away because they couldn't take care of him anymore.

Miller said that a few days later in the laundry room, Bodine mixed up several bags of concrete and buried Evan's body in it.

"Stephen wanted to hurry up and take care of Evan before he started to smell," she told the court.

She said she spanked her son sometimes but Bodine "would take over" if he "didn't feel like I was being hard enough on Evan."

An autopsy didn't reveal a specific cause of death because the boy's body was too significantly decomposed when it was found, a forensic pathologist testified.

Prosecutors showed three clips from a surveillance system set up in several locations at the couple's home, with old cellphones that started recording when they detected motion.

In one recording, a man's voice, which Wichita police Detective Christian Cory testified matches Bodine's, can be heard taunting the boy: "That attitude, Evan? It's done. And if it's not going to be done, you're going to be done."

The video coincides with photos prosecutors entered into evidence Monday that show Evan standing naked next to a basement wall with his hands behind his back and a belt tightened around his neck. Miller testified Monday that she put the belt around Evan's neck because Bodine told her that "children need to be treated like dogs."

A police affidavit previously released by the court showed that the family of Evan's father, Carlo Brewer, tried repeatedly to get the Kansas Department for Children and Families, Wichita police and judges to intervene for the boy. Family spokeswoman Shayla Johnston said in December that the child protection system failed the boy, who was the grandson of former Wichita Mayor Carl Brewer, a Democratic candidate for Kansas governor.

Also, records that DCF released to The Wichita Eagle in March showed that for more than a year, people reported to the state that Evan was suffering in a home of chronic methamphetamine users. The records also said Bodine abused Miller and bragged about choking her and the boy until they were unconscious.

"Simply put, the system is broken," Carl Brewer said Monday in a statement. "And our children, the ones we should be protecting the most, are suffering."