Some Kansas residents run into issues getting Real ID 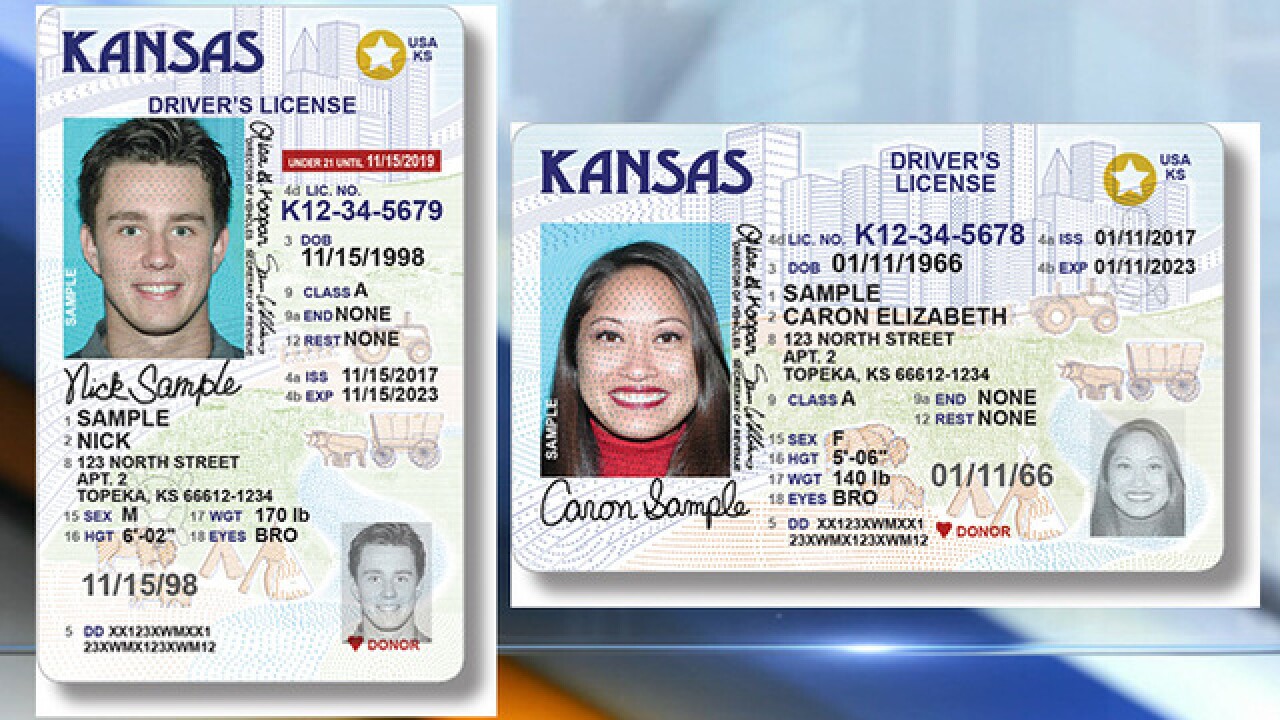 WICHITA, Kan. (AP) — The process of obtaining a new Real ID is creating headaches for some Kansas residents.

Vietnam War veteran Armando Fleming is among several Kansas residents who have left driver's license offices empty-handed after learning that the documents they brought to verify their identity weren't enough to get approved for a Real ID.

The credential will be required under federal law to board airplanes and enter some federal buildings beginning next year. Congress passed the Real ID Act in 2005 as a security measure following the Sept. 11 terrorist attacks. Many states have been waiting to come into compliance closer to the Oct. 1, 2020, deadline.

Fleming, a Wichita retiree, was initially denied a Real ID with the name he's been using his entire life because it doesn't match the name on his birth certificate, the Wichita Eagle reported.

"I pulled out military records, discharge records, my awards, and I took them down (to the DMV) and the guy said, nope, it won't satisfy the requirements" he said. "Needless to say, I started to get a little upset because I spent 15 years in the Army and fought for my country and got wounded for my country. I didn't think I needed to prove who I was."

The veteran's documents listed Fleming as his last name, but they conflicted with his birth certificate.

Fleming's maternal grandmother had filled out his birth certificate with his mother's last name, Robinson. But he ended up using his father's last name, Fleming, and didn't even know about the issue until years later.

To obtain a Real ID, residents must present proof of their current legal name with a birth certificate or passport, as well as documents proving a social security number and residence. Individuals whose names don't match their birth certificates or passports have to show additional documentation that traces their name changes, such as marriage, divorce or adoption records.

Fleming had to go to court and spend $204 to legally change his name so that he could get a Real ID with the name he's been called for 74 years.

The Kansas Department of Revenue has acknowledged that some people are seeking legal name changes to obtain a Real ID that matches the rest of their personal, military, school and financial documents.

"The state's just upholding the federal law," Selk said. "We're following all of the guidelines from the federal government that says this is what you have to do to issue this credential."

It's unclear how many people across Kansas have changed their name to obtain a Real ID, or how many have decided not to apply for one because of the trouble or cost of getting a legal name change.

According to the department, more than 40 percent of Kansas' 2 million licensed drivers have a Real ID.