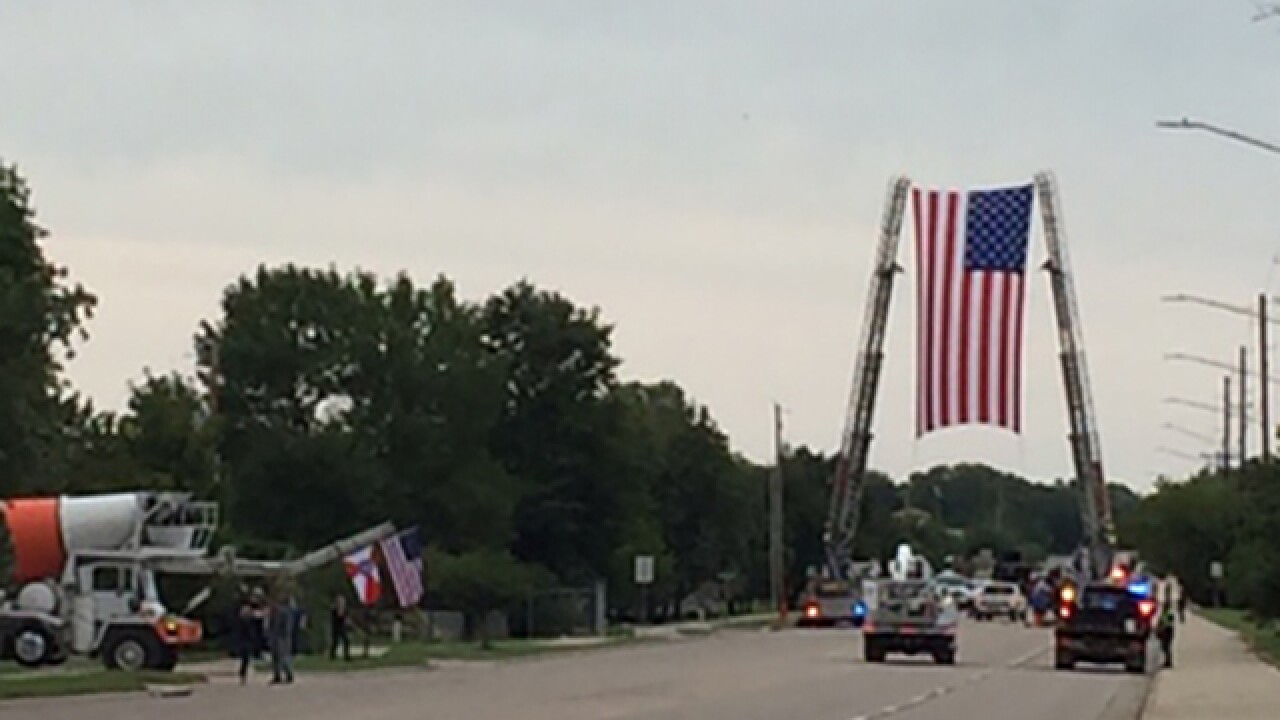 WICHITA, Kan. (AP) — Flags are waving throughout Wichita as thousands remember a sheriff's deputy who killed his attacker in his final moments in an act his boss said saved lives.

Army veteran Tim Wooding says he had planned to go out of town, but instead stood in the drizzling rain hanging flags along the route that the hearse carrying Kunze's coffin would follow to his final resting spot. Wooding says all the community can do is "be here."