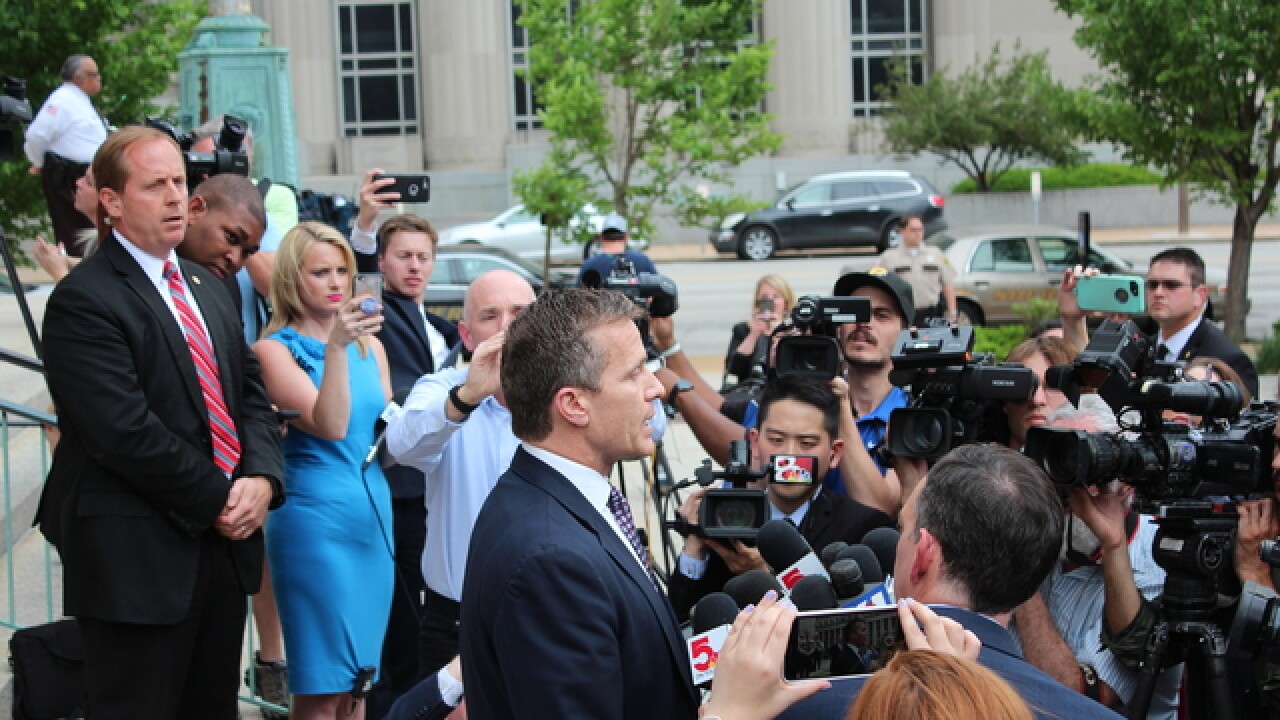 Judge Madeline Connolly issued the ruling during a brief hearing Tuesday. Jack Garvey, one of Greitens' attorneys, says the delay is because the case is still pending before a grand jury.

The Republican governor is accused of disclosing a donor list from the veterans' charity he founded, The Mission Continues, to his political fundraiser without the consent of the charity. The charge was filed last month in St. Louis, where the charity is based.

Greitens had been scheduled to go to trial last week on an invasion of privacy charge stemming from a 2015 affair with his St. Louis hairdresser, but prosecutors dismissed the case. A special prosecutor in Jackson County was appointed Monday to decide whether to refile that charge, which accuses Greitens of taking and transmitting a photo of the partially nude woman without her consent.