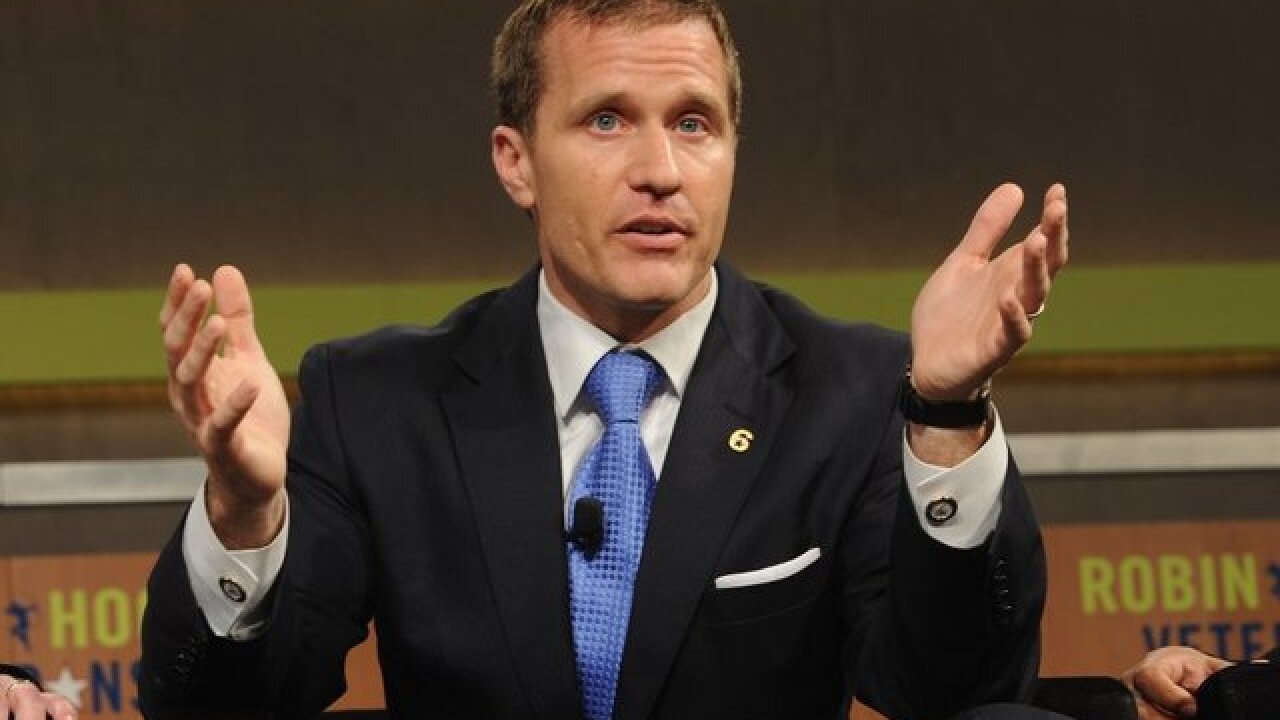 ST. LOUIS (AP) — A St. Louis judge has turned down a request from attorneys for Missouri Republican Gov. Eric Greitens to require deposition testimony from the state's former Democratic Party chairman in one of the governor's two felony cases.

Circuit Judge Rex Burlison on Thursday turned down a request to depose Roy Temple over whether he made payments to the ex-husband of a St. Louis woman who had an affair with Greitens in 2015, before he was elected.

Attorney Joseph Bednar told the judge that Temple has repeatedly denied any payments to the man.
Greitens faces trial in May on an invasion of privacy charge for allegedly taking a compromising and unauthorized photo of the woman. He's also charged with computer data tampering over use of a charity donor list in his political campaign.