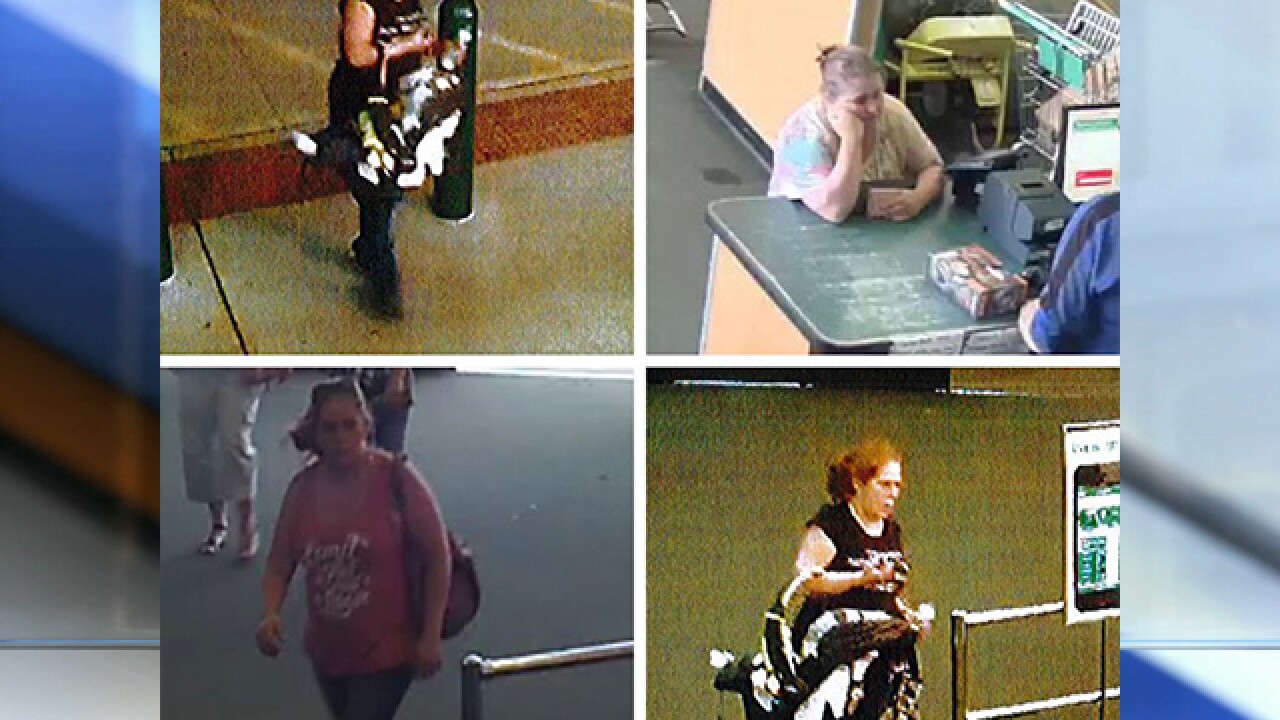 St. Louis County police said in a Facebook post that the thefts happened on two separate occasions in September at a Menards store in the western part of the county.

On Sept. 5, the women steal the cameras and leave in a red compact SUV.

Police say they returned to the same store Sept. 29 and this time one of the women had a toddler in a baby carrier. She appears to have concealed the stolen merchandise in the baby carrier, which she can be seen on the video lugging from the store.