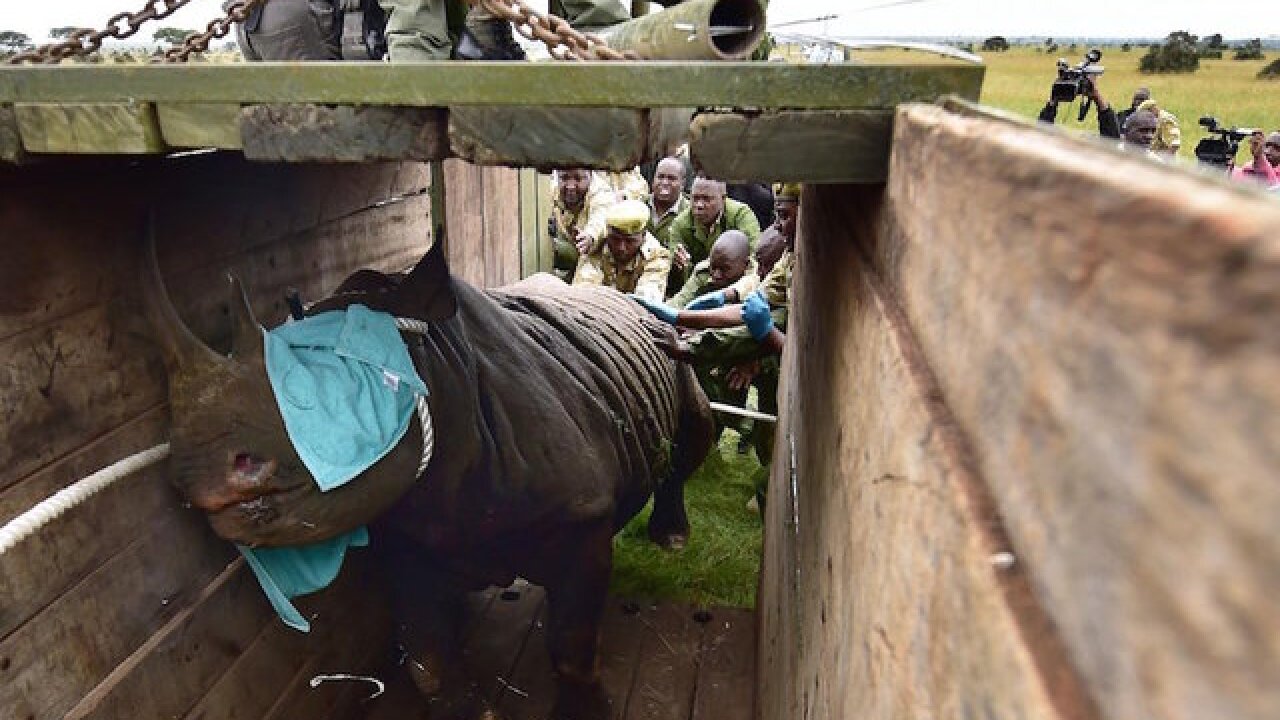 The relocation of endangered black rhinos has been immediately suspended following the death of eight rhinos at a new sanctuary in southern Kenya, the nation's Ministry of Tourism and Wildlife said Friday.

The deaths were due to salt poisoning after the animals drank water with a high salinity upon arriving in their new environment, preliminary investigations by Kenya Wildlife Service veterinarians found, according to a statement from Najib Balala, secretary for tourism and wildlife.

The government called for an independent investigation and said disciplinary action would be taken if findings point to "negligence or unprofessional misconduct" by Kenya Wildlife Service staff, he said.

The rhinos that died were among 11 moved from Nairobi and Lake Nakuru national parks to a new sanctuary in Tsavo East National Park to start a new population in the area. The move was handled by Kenya Wildlife Service and supported financially by the Kenyan branch of the World Wildlife Fund, or WWF.

The three surviving rhinos are being closely monitored by veterinary and park management teams, officials said.

"At a time when three rhinos are poached on average a day for their horns, any losses are particularly painful," WWF Kenya CEO Mohamed Awer said in a statement to CNN.

"Translocating wild animals of this size is extremely challenging and not without risk," Awer said, "but black rhinos are under enormous threat so efforts to try and better protect them, such as translocations, are crucial for future generations."