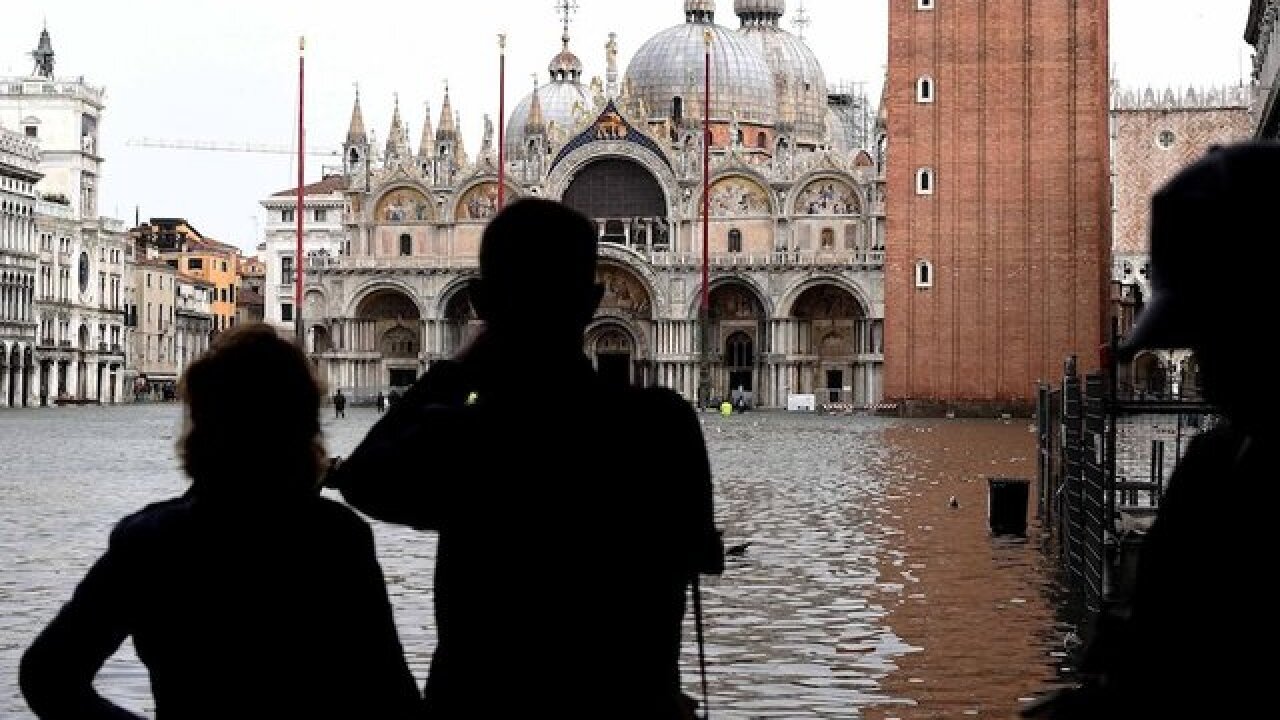 At least 29 people were killed during a week of severe weather conditions and devastating flooding in Italy, the country's interior minister said Sunday.

Twelve people were confirmed dead on the island of Sicily on Sunday, including nine members of two families, the fire brigade announced on Twitter.

The families were dining together when their house was submerged by water from a nearby river that suddenly overflowed.

The fire brigade said its divers had found the bodies. Among the victims were two children, 1 and 3 years old.

Italy's civil protection agency said it was still looking for a doctor who had been on his way to work at a hospital Saturday night and was missing.

High winds and heavy rain have devastated parts of the country over the past week, causing the worst flooding in at least a decade in Venice, damages of more than 1 billion euros ($1.14 billion) in Veneto and landslides that have cut off villages, authorities said.

Conte will call a cabinet meeting to announce a state of emergency in affected regions, he said at a press conference in Palermo, Sicily.

Several of last week's deaths were caused by falling trees as winds as strong as 190 kilometers per hour (118 mph) toppled acres of woodland, including the famous "Violin Forest" that provided wood for violin maker Antonio Stradivarius' instruments.

Two young people died south of Rome when a tree hit their car. Another was hit by a falling tree while walking in Naples.

Around 300,000 trees were flattened after winds swept through the Val d'Assa in the Asiago plateau, Roberto Ciambetti, president of the Veneto regional council, told CNN.

"Tens of thousands of tall trees were felled like toothpicks," he said.

Much of Venice was under water last week as strong winds drove the high tide to one of the highest levels ever recorded.

"In a single day, the basilica aged 20 years, but perhaps this is an optimistic consideration," Carlo Alberto Tesserin, head of the board responsible for St. Mark's Basilica, said in a statement.

Floodwaters also covered several dozen square meters of the 1,000-year-old marble pavement in front of the alter of the Madonna Nicopeia, a 12th-century icon, and submerged the Baptistery and the Zen Chapel, Tesserin said.

This week's flooding was caused by a seasonal high tide and a strong low-pressure system in southern Europe that brought strong winds from the south and pushed water up the Adriatic Sea into Venice. This is the peak time of the year for seasonal flooding known as acqua alta, or high water, in the city.

Flooding at high tide has become much more common in Venice because of climate change -- a problem that will continue to worsen as seas rise because of increasing temperatures and melting ice sheets, according to CNN meteorologists.

Work to install innovative underwater flood barriers to protect Venice from serious flooding, known as the Moses Project, has been underway for years. However, it has not yet been completed, thanks in part to corruption and spiraling costs.

A spokesman for the civil protection agency in Venice told CNN that the Moses system could have mitigated the impact of salt water on the city's historic sites.

"Of course if the Moses project was completed the damages we are seeing now would not have happened," he said, "but the project was not completed because of the high cost."

The spokesman for the mayor's office called for the project to be completed.

"The Moses project is important to the Venetians," he said. "This infrastructure must be completed to avoid extraordinary waters, like what happened on Monday."

A spokeswoman for the New Venice Consortium, which is responsible for the Moses system, told CNN: "The work on the Moses began in 2003. At the moment it is 92-93 percent concluded."

Venice also has a system in place to monitor tides and warn of high water levels.