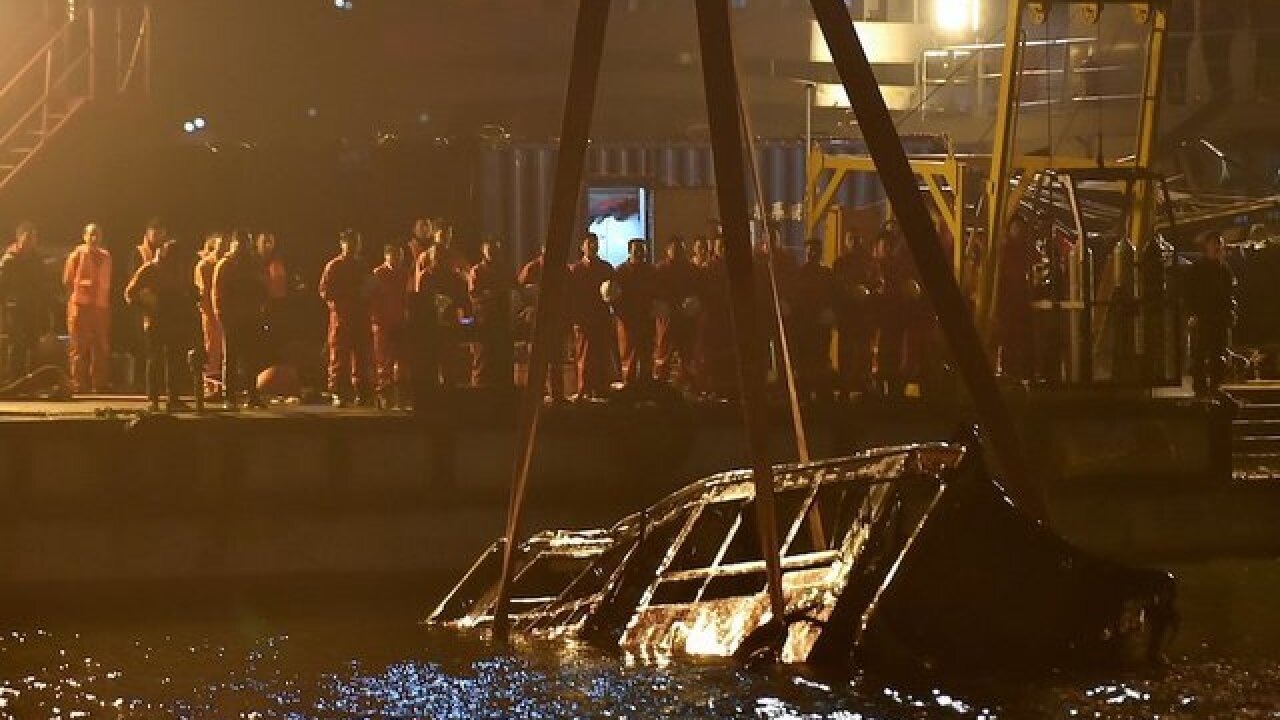 © 2018 Cable News Network, Inc.
Getty Images
<p>A woman who attacked a bus driver after she missed her stop was partially responsible for a dramatic crash in southwestern China which killed all 15 people on board, an investigation by Chinese authorities revealed Friday.</p>

A woman who attacked a bus driver after she missed her stop was partially responsible for a dramatic crash in southwestern China which killed all 15 people on board, an investigation by Chinese authorities revealed Friday.

A 10-second clip from the on-board camera released by Chongqing police showed a female passenger yelling at the male driver while he was steering, shortly after 10 a.m. on Sunday.

The 48-year-old woman then attacked the driver with her cell phone, while he fought back with his right arm.

When she struck him again, he abruptly turned the steering wheel left, swerving into oncoming traffic before crashing into the railings on the side of a bridge -- screaming can be heard as the video stops.

The release of the clip brings an end to the mystery surrounding the cause of the deadly crash, which has come to captivate China amid extensive television coverage of a massive search-and-recovery effort.

Dashboard camera footage from another car nearby, released earlier, had shown the bus charge onto the wrong side of the road without warning before hitting the railings of the Wanzhou Yangtze No. 2 Bridge and plunging into the river.

Police said they pieced together what happened based on footage from the on-board recorder, which was recovered by divers, as well as 2,300 hours of surveillance videos along the bus route and numerous witness accounts.

In their findings, the authorities blamed the 42-year-old driver for not following proper safety procedures, but ruled out any anomalies in his mental state. The bus was also found to have no mechanical issues.

The statement concluded that both the passenger and the driver had broken laws for seriously endangering public safety.

The bus was pulled out of the river on Wednesday, and divers have so far recovered 13 bodies with two still missing.