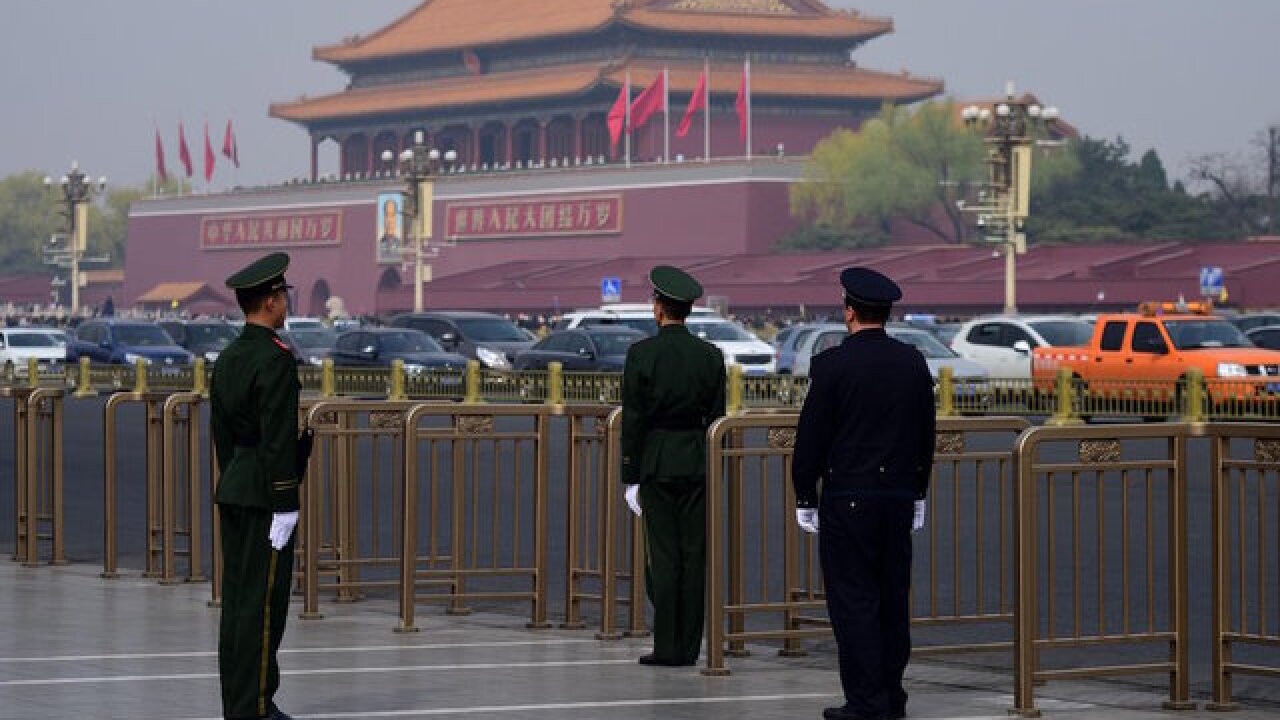 The President also tweeted optimism that Kim will "do what is right for his people and for humanity. Look forward to our meeting!"

Received message last night from XI JINPING of China that his meeting with KIM JONG UN went very well and that KIM looks forward to his meeting with me. In the meantime, and unfortunately, maximum sanctions and pressure must be maintained at all cost!

The White House said Tuesday night that the Chinese government called to brief them on Kim's visit. The briefing included a "personal message" from Xi to Trump, the White House said, though it declined to provide further details.

"We see (Kim's visit to China) as further evidence that our campaign of maximum pressure is creating the appropriate atmosphere for dialogue with North Korea," White House press secretary Sarah Sanders said.

The North Korean dictator left the Chinese capital Beijing early Tuesday after days of meetings between top officials in the country. Kim's visit was not publicly announced until after he had left the country.

The White House announced earlier this month that Trump had accepted an invitation from North Korean leader Kim Jong Un to meet.

North Korea has yet to make an official comment on the proposed meeting. Trump accepted the invitation from Kim when a South Korean delegation delivered it verbally in Washington.

Should the leaders of the two nations sit down, it would be the first time a sitting US President has met with the leader of the reclusive Asian nation.