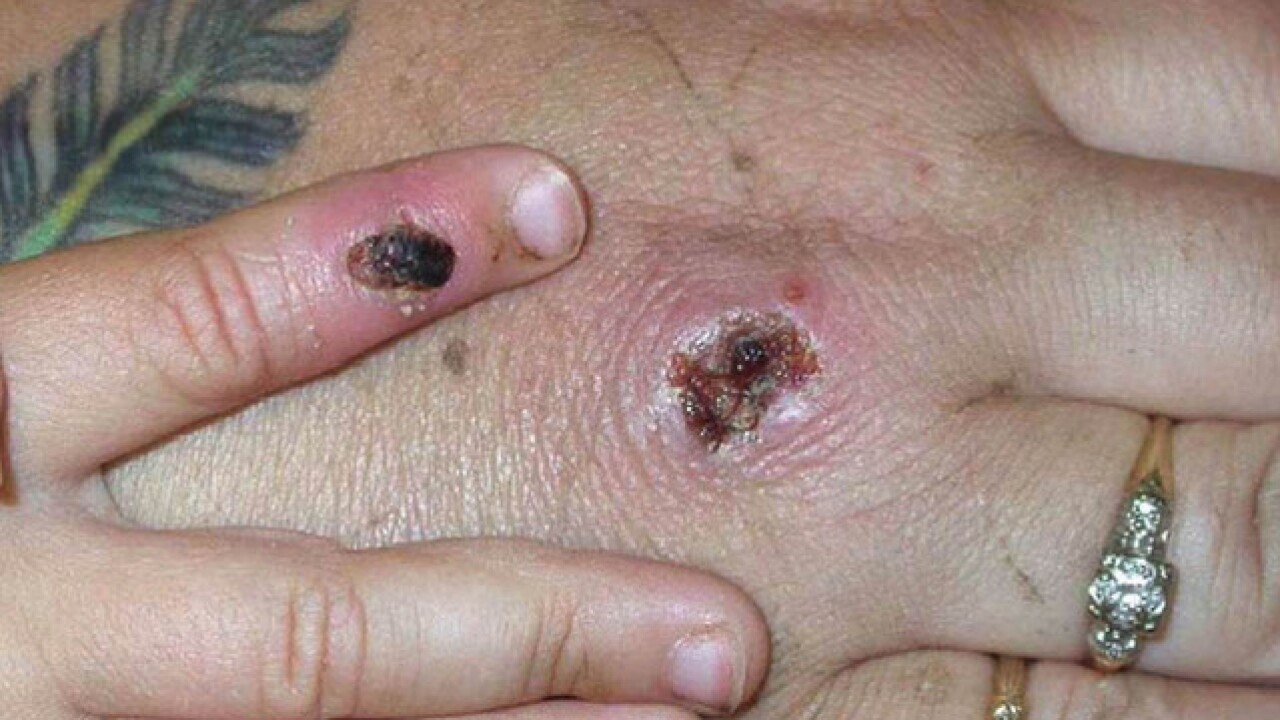 Copyright Getty Images
Courtesy of CDC
<p>In this Centers for Disease Control and Prevention handout graphic, symptoms of one of the first known cases of the monkeypox virus are shown on a patient's hand June 5, 2003.</p>

Two people have been diagnosed with monkeypox in Britain in apparently unrelated cases, Public Health England (PHE) have confirmed.

Both patients are believed to have contracted the disease in Nigeria before traveling to England, and were diagnosed days apart. There is no known UK link between the two patients, PHE said Tuesday.

The second patient is being treated in a specialist infectious disease unit at Royal Liverpool University Hospital, after being transferred from Blackpool Victoria Hospital.

It comes after a Nigerian resident was diagnosed with the disease in Cornwall last week. The infection had never previously been diagnosed in the United Kingdom, PHE said.

Monkeypox is a rare viral infection that typically only leads to mild illness and does not spread easily between people, PHE said. Its symptoms include fever, muscle aches and rash. People usually recover within a few weeks, though it can lead to serious illness in some cases.

PHE said they were contacting a number of people who may have been in contact with the patients, including fellow passengers who traveled with the initial patient on their flight from Nigeria.

"It is very unusual to see two cases in such a relatively short space of time. We are working hard to contact individuals, including healthcare workers, that might have come into contact with the individual to provide information and health advice," Nick Phin, the deputy director of the National Infection Service at PHE, said in a statement.

"We know that in September 2017, Nigeria experienced a large sustained outbreak of monkeypox," he added. "It is likely that monkeypox continues to circulate in Nigeria and could, therefore, affect travelers who are returning from this part of the world."

As many as one in ten cases of the disease in Africa result in death, according to the United States' Centers for Disease Control and Prevention. The disease requires two people to be in close contact in order to be passed between them.

Mike Beadsworth, clinical director of the Tropical and Infectious Diseases Unit at the Liverpool hospital, said in a statement that there was "currently no risk to other staff, patients or visitors," and urged people to continue to only visit emergency rooms if their cases are serious.

"The patient is being cared for on our specialist infectious and tropical diseases unit, by highly trained staff who are experienced in dealing with a variety of infectious diseases," he said.