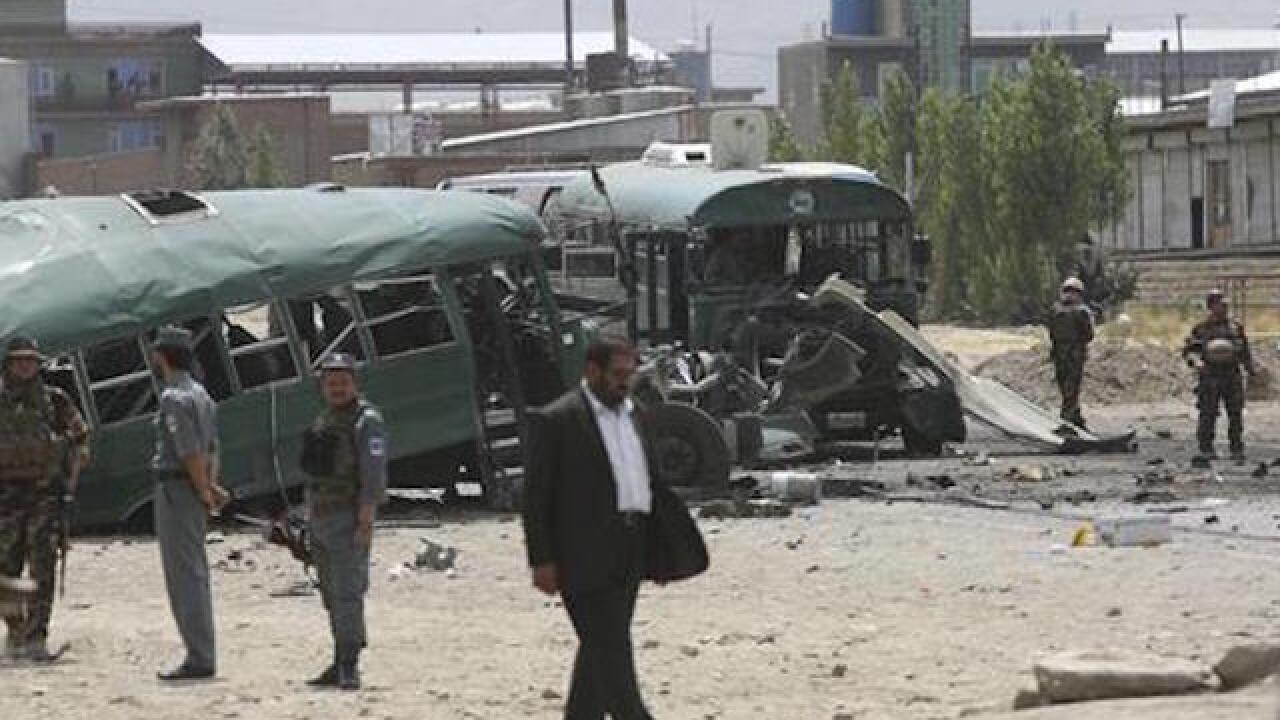 KABUL, Afghanistan (AP) — A twin suicide attack on a convoy of buses carrying police cadets killed 37 people and wounded 40 others on Thursday, an Afghan official said.

The attack took place in Paghman district, some 20 kilometers west of the Afghan capital, Kabul, according to Mousa Rahmati, the district governor of Paghman.

The first suicide attacker struck two buses carrying trainee policemen, and a second attacker targeted those who rushed to the scene to help and hit a third bus, Rahmati said. He said that four civilians were among those killed.

The cadets were returning from a training center in Wardak province and were heading to the capital on leave, Rahmati said.

A spokesman for the Interior Ministry confirmed the location of the attack and said a loud explosion had been reported, but did not have any further details on the incident.

The Taliban claimed responsibility for the attack in an email sent to The Associated Press by spokesman Zabihullah Mujahid.

Mujahid said that the attack was the work of two suicide bombers. The first targeted the bus carrying the trainee policemen and their instructors. A second bomber attacked 20 minutes later, when policemen had arrived at the scene to help, according to Mujahid's account.

Later Thursday, the office of Afghan president Mohammed Ashraf Ghani described the bombing as an "attack on humanity" and ordered an interior ministry investigation into the incident.

In a statement, the U.S. Embassy in Kabul condemned the attack. "This cruel and complete disregard for human life during the holy month of Ramazan is abhorrent," the statement said.