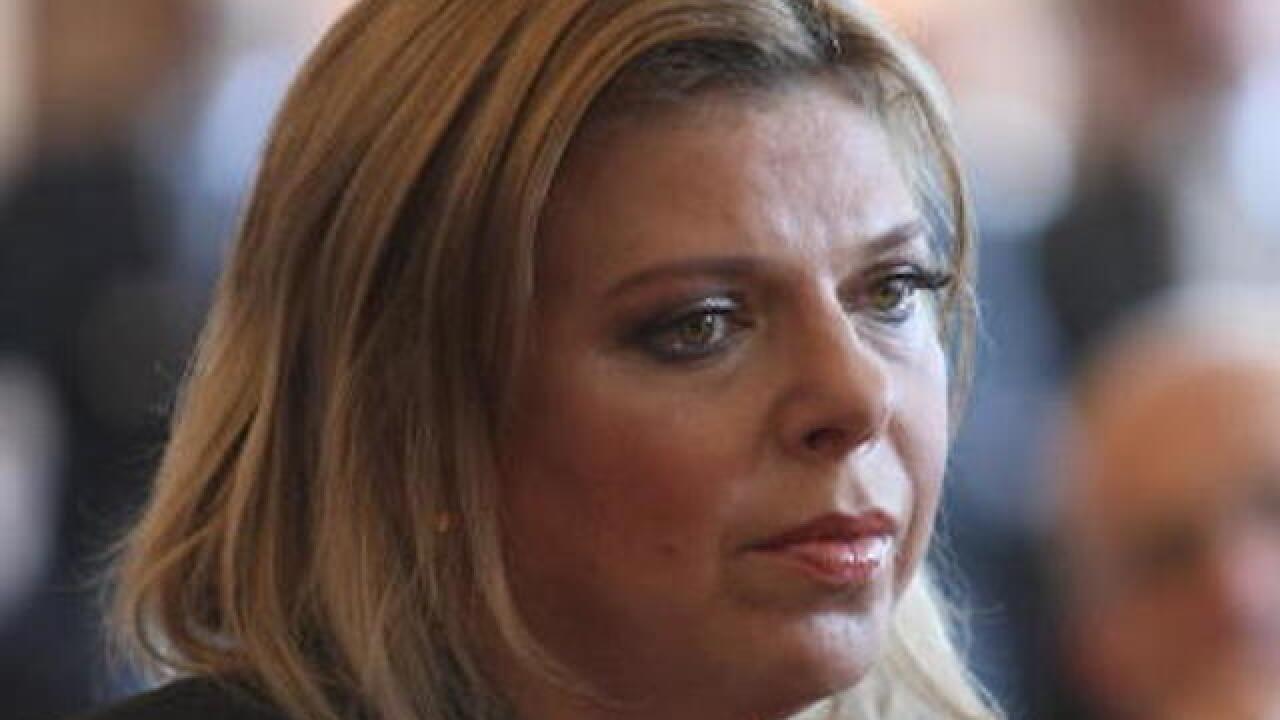 Image copyright 2018 Getty Images. All rights reserved. This material may not be published, broadcast, rewritten, or redistributed.
Sean Gallup
<p>BERLIN - AUGUST 27: Sara Netanyahu, wife of Israeli Prime Minister Benajmin Netanyahu, attends a ceremony at which Bild newspaper head Kai Diekmann presented her husband with original construction plans of the Auschwitz and Auschwitz-Birkenau death camps at the Axel Springer publishing house on August 27, 2009 in Berlin, Germany. Diekmann presented the plans as a gift for the Yad Vashem Holocaust memorial in Jerusalem. (Photo by Sean Gallup/Getty Images)</p>

The wife of Israeli Prime Minister Benjamin Netanyahu was charged with fraud and breach of trust Thursday over the alleged misuse of state funds at the couple's official residence.

In a case known as the "meals-ordering affair," prosecutors say Sara Netanyahu used state money to fraudulently pay for $100,000 worth of meals at the prime minister's residence between 2010 and 2013, according to an indictment filed at the Jerusalem magistrate's court on Thursday.

She has repeatedly denied wrongdoing in the past.

CNN has reached out to the Netanyahu family for comment.