What the Amazon's fires mean for its animals 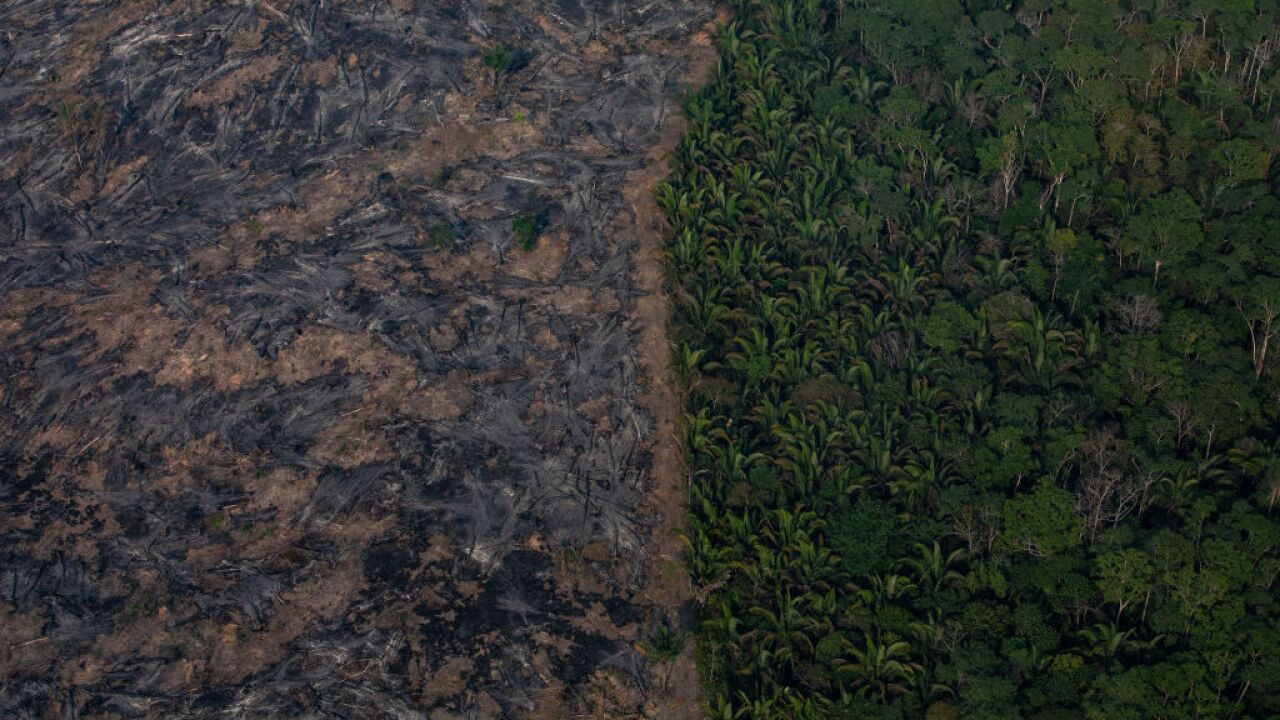 As flames burn through Brazil's rainforest, its inhabitants are at risk of losing their homes. The fires pose a serious threat to the Amazon's delicate balance of ecosystems, putting pressure on already endangered species of animals.

Expect a significant loss of wildlife, says Roberto Troya, Vice President for Latin America and the Caribbean at the World Wildlife Fund (WWF). The Amazon contains one in 10 known species on earth, including at least 40,000 plant species and more than 400 mammal, 300 reptile, 400 amphibian and 3,000 freshwater fish species, according to the WWF .

Not adapted to cope with fire

While it is impossible to know which species are at risk until scientists assess the size and distribution of the fires and animal populations, we already know that animals native to the Amazon are not adapted to cope with such blazes.

Mazeika Sullivan, an ecologist and environmental scientist from Ohio State University who has done fieldwork in the Colombian Amazon, tells CNN that many of the animals that inhabit the rainforest "have not evolved with fire in their evolutionary backdrop." This will make it harder for them to cope, compared to some North American species who have adapted to ecosystems where fires are commonplace, he says. The North American black-backed woodpecker , for instance, is a fire-adapted bird which preys on wood-boring beetles which inhabit burned trees.

"We know (the Amazon fires) will have a large effect on multiple populations of different animals," Sullivan tells CNN, adding that the fires could put pressure on species that are already endangered, such as the white-cheeked spider monkey, Milton's titi monkey and Mura's saddleback tamarin.

As hollow standing trees burn, the mammal and bird species that nest in their cavities are displaced, with nowhere to go, according to Germán Mejía, a biologist with the Amazon Conservation Team, a non-profit organization that works to conserve the Amazon's biodiversity.

The destruction of trees with fruits that serve as a food source will also translate "into a reduction in the number of species of birds, primates and other animals that feed on them," says Mejía.

Not all can run away, either. "There will be so many organisms that just can't get out of harm's way, or that are caught up in the smoke and the flames," Sullivan says. Whether or not an animal can escape depends on the unique traits of each species. Those that are more mobile will do better in the short-term, such as large cats, capybaras, birds of prey.

But in the long-term, even the more agile species will suffer when species lower down the food chain disperse or perish.

Passing loss up the food chain

One example is the jaguar, which preys on a range of animals from capybaras to aquatic organisms, according to the WWF . All of those are at risk of habitat loss due to the fires, threatening the jaguar's food supply.

Even before the fires began this year, the WWF estimated that the Amazonian jaguar was in danger. Jaguars in the Amazon have been killed by ranchers because they prey on cattle, according to the WWF. Ranchers have also been known to start fires in the Amazon to clear land for agricultural purposes, shrinking the big cat's territory.

"The jaguar is losing a lot of its habitat," Troya says, blaming "the expansion of the agricultural frontier." Lincoln Muniz Alves, a researcher at Brazil's Space Research Center's Earth System Science Center, previously told CNN that man-made fires can be difficult to stop, because fire is "a traditional part of tropical agriculture to clean agricultural land, grazing land."

In 2014, when Brazil's Environment Ministry updated the Official National List of Endangered species, it estimated that 1,173 animal species were threatened, 318 critically endangered, 406 in danger, and 448 vulnerable. The ministry also said that one of the main threats to was "habitat loss due to agricultural expansion."

According to the International Union for Conservation of Nature's Red List of Threatened Species, the jaguar is "near threatened."

Impacted species are not just limited to terrestrial animals; aquatic species in the Amazon are also in danger when it comes to the fires. The giant river otter is already under pressure from habitat destruction and illegal hunting, and the fires also threaten fish, which comprise a large part of the giant river otter's diet.

With over 3,000 species of fish in the Amazon, many of which are highly specialized in their habitat and food resources, the fires' effect on water chemistry and water temperature could have drastic effects, says Sullivan.

As trees burn, ash is produced and makes its way into bodies of water, along with sediment. William Magnusson, a senior researcher at Brazil's National Institute of Amazonian Research in Manaus tells CNN that streams and rivers are impacted as areas that are burned have a high erosion rate. As the forest burns, aquatic environments are open to the sun and the water temperature rises, impacting fish species that are unable to cope with the change in environment.

"There are more fish in a few hundred square kilometers in the Amazon than there are in the whole of Australia," Magnusson says. "You might not see it so much this year, but in a few years, you'll see the effects of this cutting and burning, on the aquatic fauna."

Excess amounts of nutrients can cause increased algae growth, and when the algae dies and decomposes, it uses oxygen and decreases the level of dissolved oxygen in the water. When water temperature is increased due to less shade, it lowers the water's capacity to hold oxygen.

Amphibians, too, are particularly susceptible. They cannot move very far very fast, and their skin is permeable and sensitive to toxins and changes in their environment and water. Amphibians such as frogs also serve as prey for larger animals, so their loss could also endanger larger animals higher up the food chain.

Sullivan warns that such changes could have ripple effects for a long time, and ultimately change the kinds of animals we see in the rainforest. "These fires are going to have large effects on broader ecosystems," he says.

The effect of trees and plants

As animals disperse and die, plant life too will be impacted.

Forest fires open up the shaded, dense, diverse vegetation of the Amazon, and over time convert those spaces to a dry, open, savannah-type landscape, allowing much more sunlight in. Even before the fires, deforestation has been an ongoing issue in Brazil, with President Jair Bolsonaro's far-right government delivering on campaign promises of boosting the Brazilian economy and looking at ways to utilize the Amazon's economic potential.

When the vegetation that otherwise provides shade is gone, plants that are otherwise not exposed to increased levels of light will experience a dramatic shift in their environment. This shifts the entire base of the food chain, Sullivan says, with lots of native trees being lost, and the drier landscape driving out some kinds of organisms that currently reside within the forest.

An animal exodus would create a cyclical impact on the life cycle of plants and trees. About 80% of trees in the Amazon are dependent on animals for their regeneration through seed dispersal, Sullivan says. "When you take away those animals, all of a sudden you are taking away the ability of those trees to regenerate."