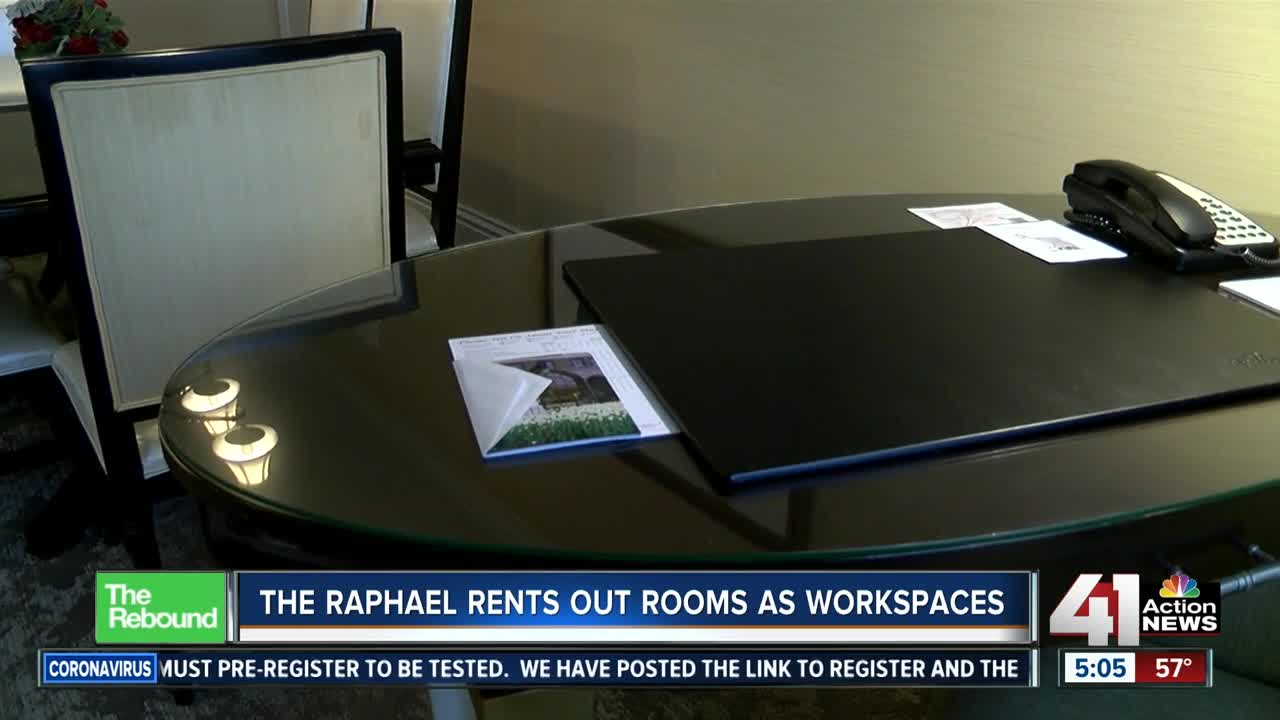 The Raphael hotel is renting out their rooms as office spaces during the pandemic. 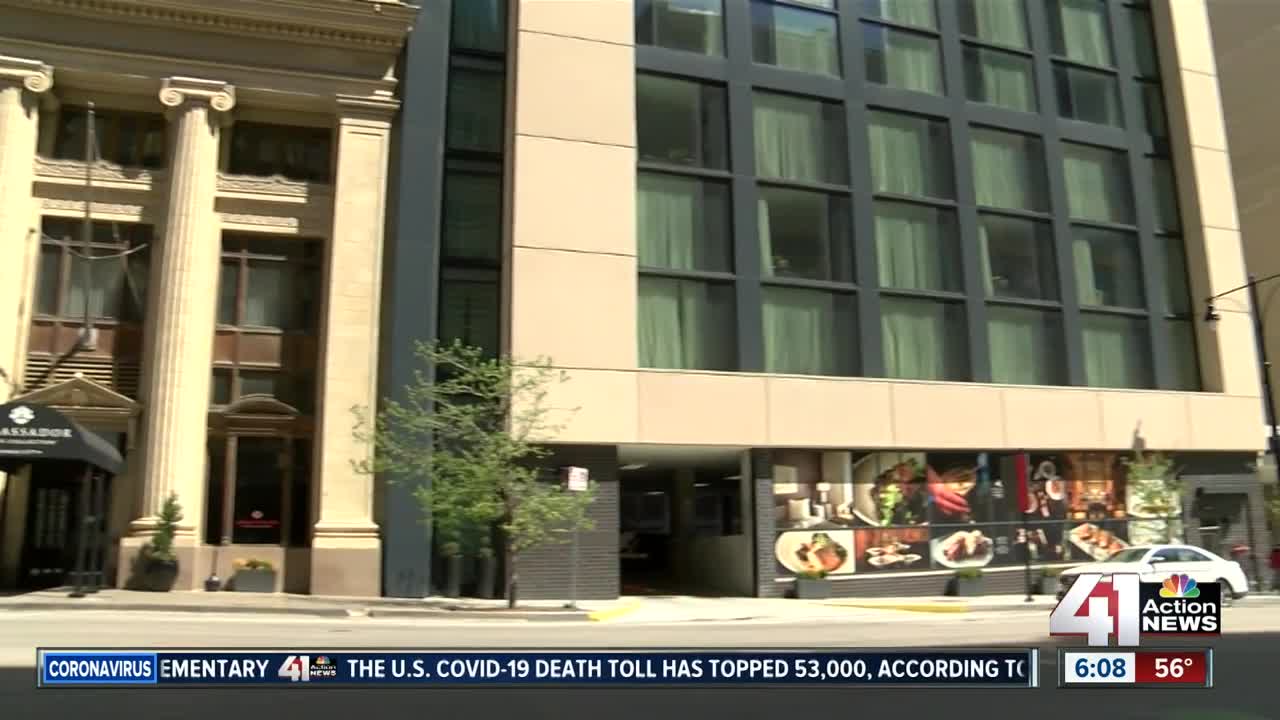 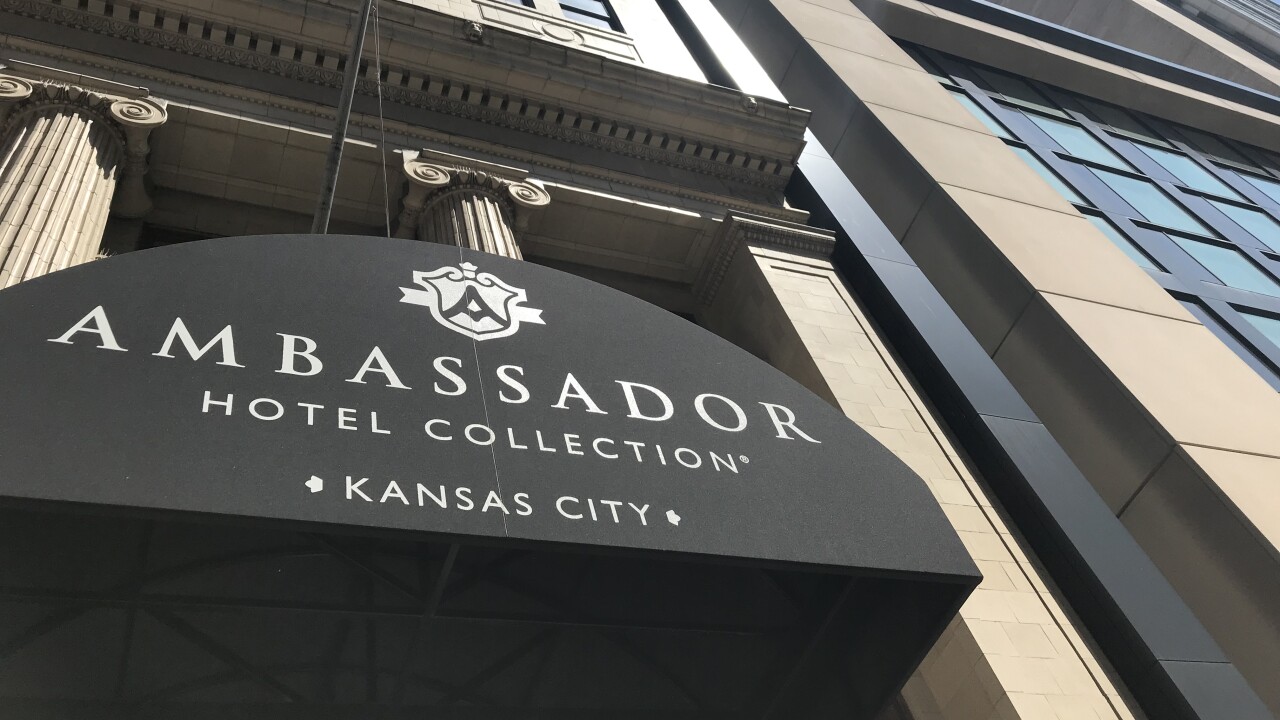 Another hotel is changing its modus operandi.

The Raphael Hotel on the Country Club Plaza is renting rooms for the day as offices.

The director of sales said clients reached out to ask about using a hotel room as an office. They started offering the option last week.

Rates are about $75 for the day and include parking, high-speed internet, refreshments and discounts on room service.

The hotel implemented a 12-step sanitation process to keep rooms clean between guests. Joyce said they leave rooms empty for a day or two between guests as well.

Across town, Paul Coury runs the Ambassador Hotel. He decided to keep the downtown hotel open during the pandemic. He said only about four percent of the rooms are occupied.

Coury said he expects millennial leisure travelers to be the first ones back at his hotel after cities end stay-at-home orders.

“Everything I read about millennials and what I know is they are still going to be explorers. They still wanna go out and they are a little bit more invincible. They will probably be a little bit more robust with their thinking on traveling,“ Coury said.

Despite keeping the hotel open, he still had to furlough many employees.

The American Hotel and Lodging Association predicts the hotel industry in Missouri could lose 17,000 direct hotel jobs as a result of the pandemic. The same study showed Kansas losing 6,000 of those jobs.

Many hotels could hire back those employees when things return to normal, which Coury thinks could be a while.

“My best guess would be that by September and October you start to see more of an open faucet and people traveling,” he said. “The reality of it is we probably won’t see a stable market until spring of next year.”

When hotels reopen, Coury said the hospitality industry will look different. Staff members will be wearing masks. He guessed business travel and particularly conventions will be among the last things to recover.

The American Hotel and Lodging Association said it supports actions by the federal government to offer loans and grants to business owners to keep employees on the payroll during the pandemic.